When I first saw the coot I thought it was a small pukeko, but the colouring is all different, so I had a second look. I had seen photos of the Australian coot before but never really taken much notice of them before in the wild. Amazing what a camera will do for your perspective. There were many Australian coots in the lagoon by the convention venue, some nesting so close you could almost touch them. 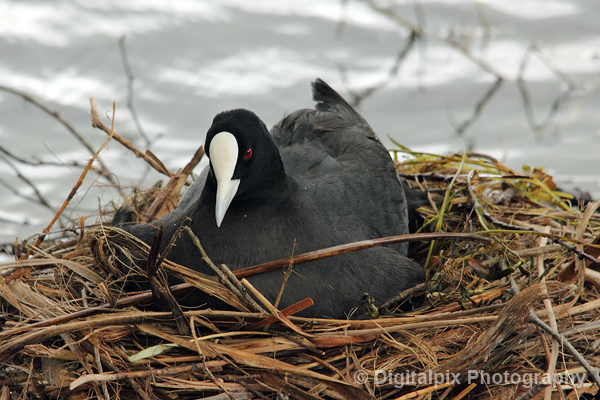 Unfortunately the light was not great for much of the weekend but that didn’t stop me from taking as many shots as I could in the time I had. If it wasn’t for my back I would have been down on the ground getting more eye level shots but I have limitations and while it is frustrating, I have to work within them. 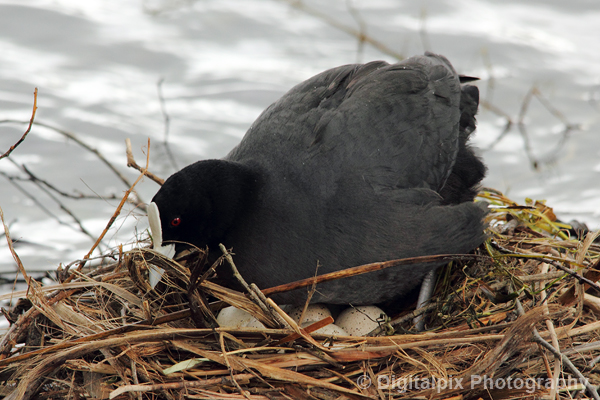 The first nest had about six eggs in it. I kept hoping they would hatch over the weekend but no such luck. The parent birds too turns sitting on the eggs and for those who were patient there was the opportunity of photographing the change over. The cameras didn’t seem to bother the birds which was a bonus! 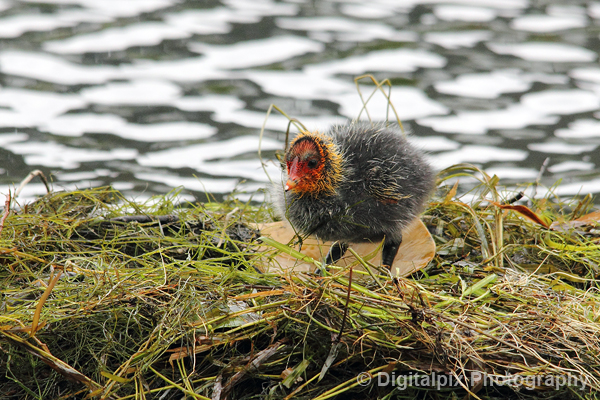 The second nest had just one chick with a face only a mother could love! It really was an ugly ball of fluff with its bright orange face. Both of its parents were busy bringing it food to eat and constantly repairing the nest. It was a full time job! 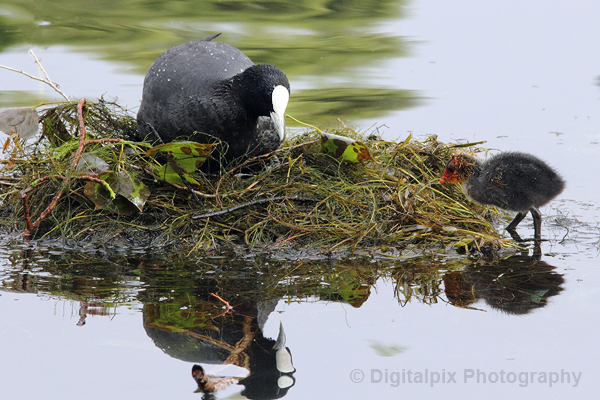 There were a few other families of coots about the lagoon, and all at various ages ranging from very young chicks to late teens. The chicks really don’t resemble their parents much until just before they reach adulthood and get their adult feathers. 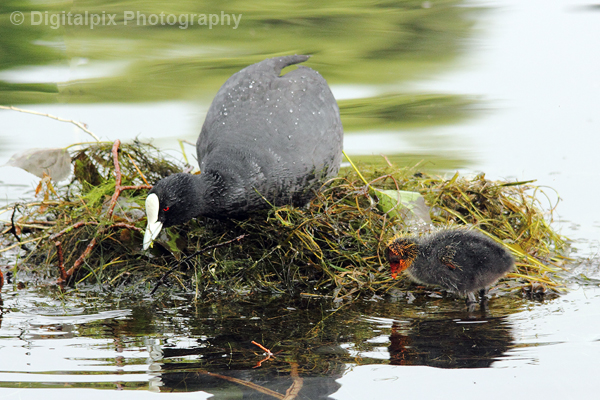 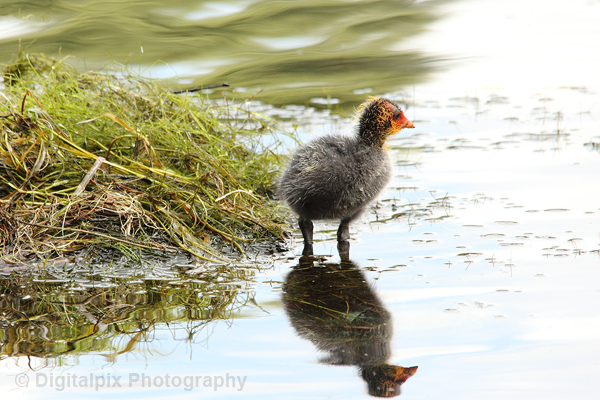 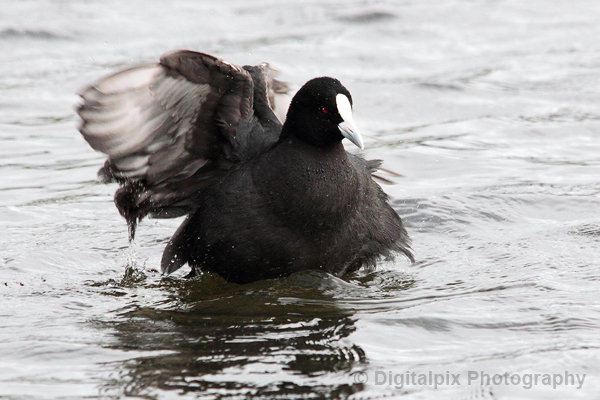 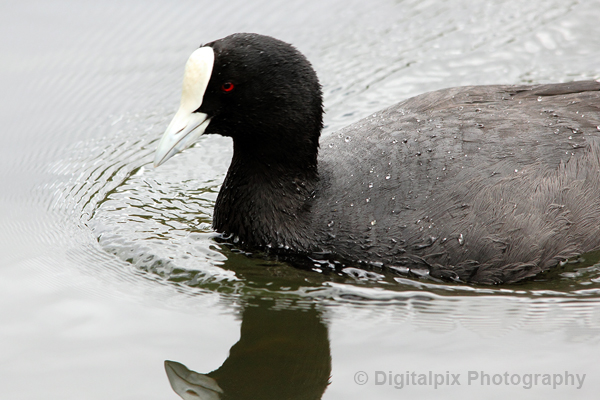