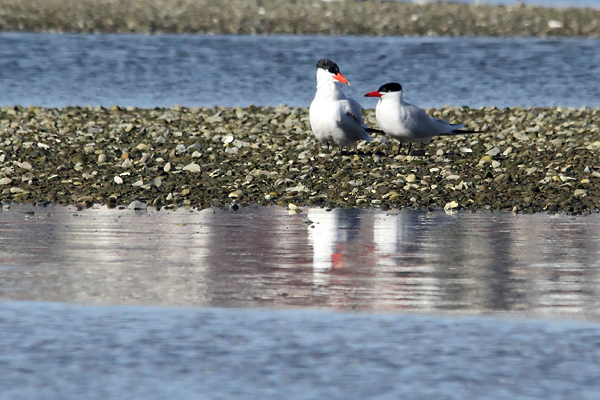 I actually think I am starting to get bored with Kingfishers.  I know that is a stupid thought and the reality is just that the conditions have not been great so I haven’t achieved what I wanted from the day’s outing but it sure feels like boredom right now. 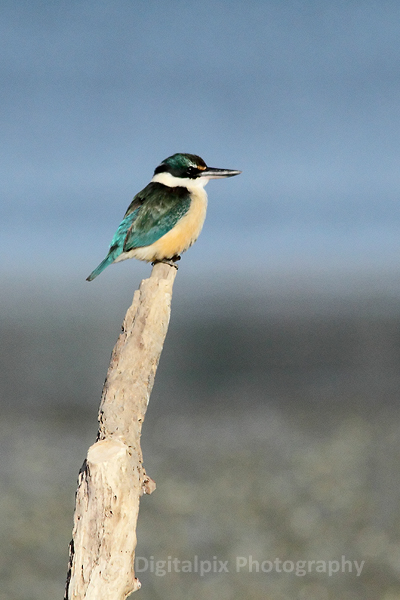 I went out to the kingfishers yesterday. The sun was shining and the day showed real promise but as soon as I settled down to take photos the clouds started to move over and the wind started to get up a bit and suddenly the mirror reflections became ripples and the birds went for shelter. I sat there for a good while and only saw one kingfisher and a couple of terns. 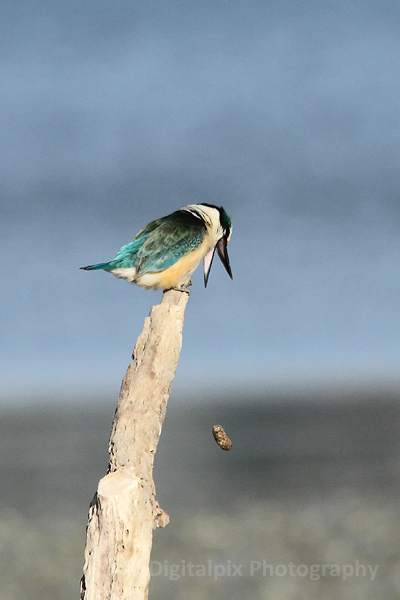 So after a while I gave up waiting and we went to Duck Creek for lunch.  We hadn’t been there before so thought we would give it a try. After lunch I thought I would give the kingfishers one more try, the tide was now in and I was hoping they would be diving off the tree. When we arrived back there was about four kingfishers in the tree poised for the dive so I quietly set up my chair to photograph them.

As usual they scatter as you set up but then slowly return after accepting you into their space, so I was expecting great things. But the clouds, the canoes, the people walking by, the entire universe just didn’t want me to get the shot, so once again I just gave up. My usual level of patience just wasn’t there. I think I need a holiday somewhere else! 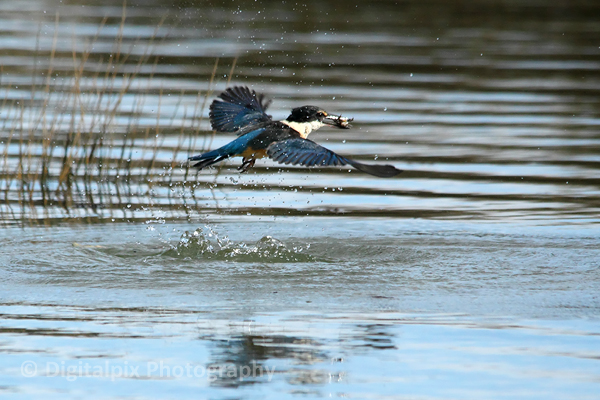