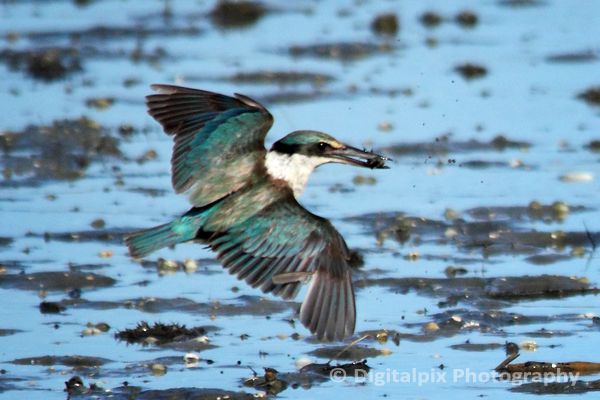 Another day, another kingfisher, or in this case another three kingfishers. I am starting to see subtle differences between each bird to the point where I can identify which one I am photographing. The males are typically much brighter and vibrant in their colours (showoffs!) and the females have the duller colours.  The immature birds according to the books I have been reading are the ones with the mottled markings on their breasts – I have seen a few of these also.

The books tell me that kingfishers in New Zealand breed from October to January, however it has been a long dry summer and the behaviour I have been observing would suggest they are currently feeding a nest. Every second crab was whisked off back into the trees and possibly a burrow near by, and there was a pair who were doing this task in relay.

One of the kingfishers clearly spotted me (I think it was the female) and she kept a watch on me from time to time, but didn’t seem that threatened by the camera. I was photographing them from inside the car and had taken the hood off the lens to reduce the size of it hanging out the window. If I get out of the car, or get any closer they are gone. They are very clear about the space issue and will not tolerate you getting into their space at all. 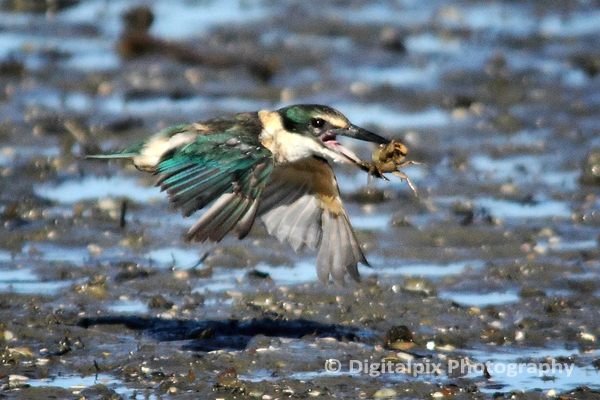 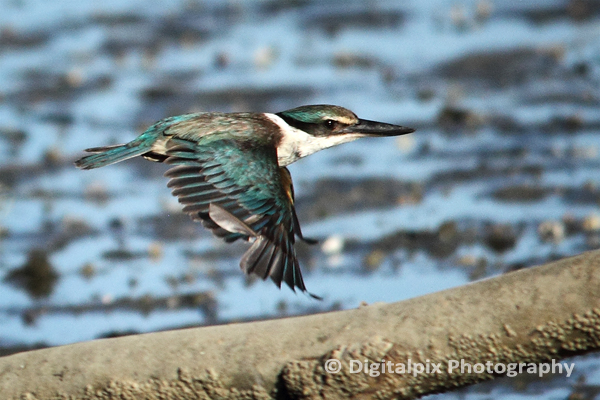