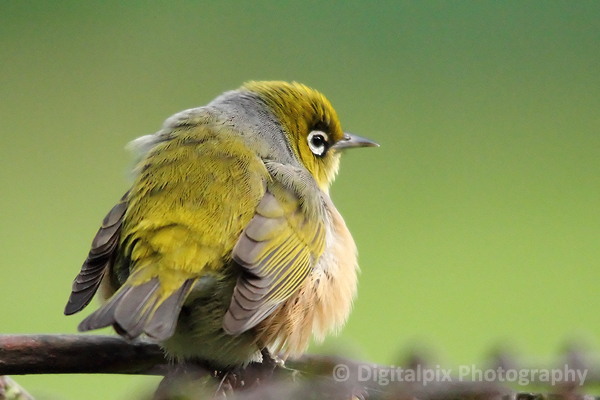 Since we have had the feeders out I have seen several clutches of waxeye chicks appear. I was lucky enough with the first couple to be able to photograph the parent birds feeding them, but I have missed that activity with the others. They are easy to pick out though as the chicks are generally more like little balls of fluff compared to their sleek parents. 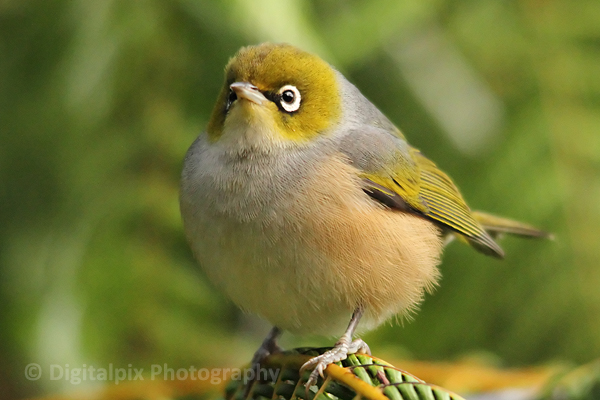 Waxeyes can have several clutches of chicks in a season and with such a long summer I think that is exactly what they did. The last lot of chicks are bouncing around the branches now and looking extremely cute in their fluffed up state. One of the advantages of their being with us as fledglings is that they have less fear of us, so they are coming in closer and not bothering too much about the camera. 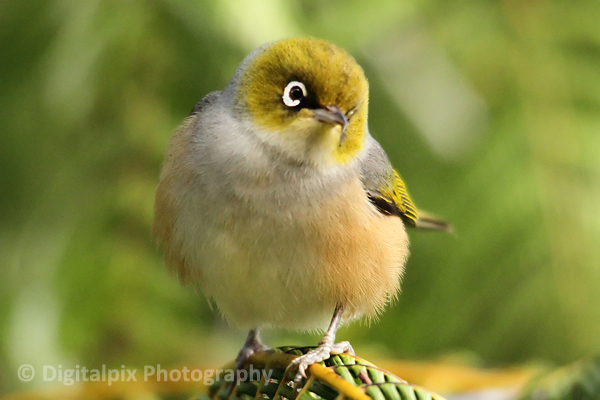 This afternoon I counted upwards of twenty waxeyes at one time around the feeders. They are chasing away the sparrows and putting on wonderful displays of dominance to each other. It’s had to know how they work out who is the top dog (or bird) as they are all prancing about doing their little dominance dance. There are a few obvious pairs but I will be interested to watch their mating rituals in spring now that they are so comfortable being around us.