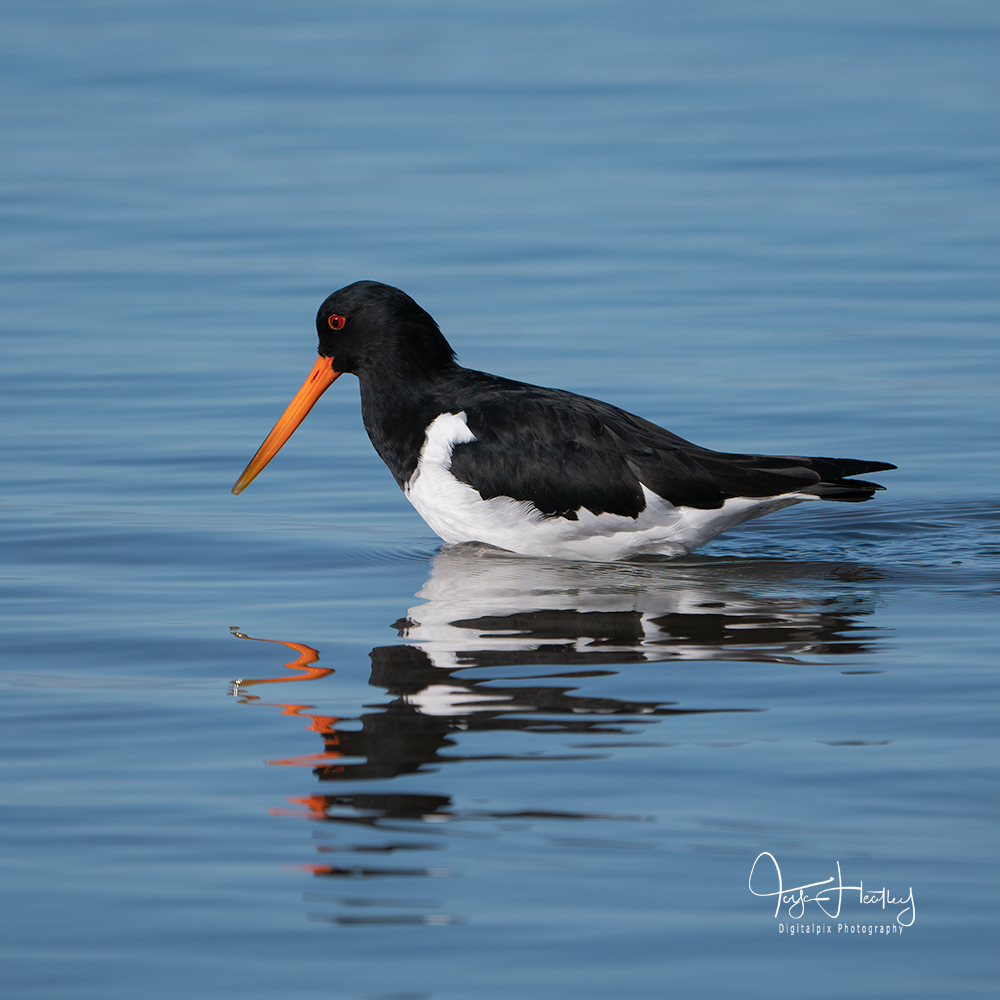 Saturday morning was just as stunning as the day before so once again the cameras came out and we headed back to the beach. This time the tide was still heading out and we joined the birds as they slowly followed the water in search of small crabs and shellfish. 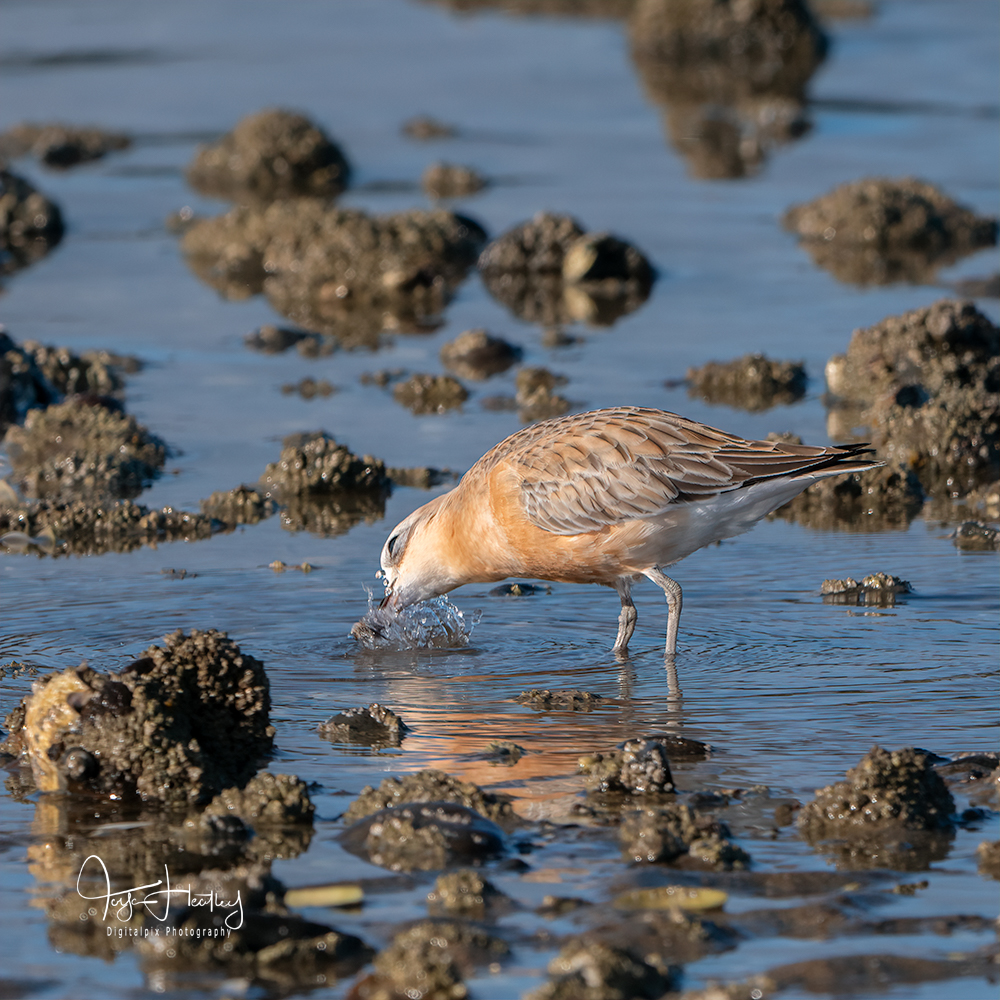 We went to a different bay than the day before and the dotterel population was much larger and it appeared as if they were more used to people being on their beach because they took no notice of us at all.  We sat in our chairs with them feeding at our feet. It was amusing watching them wash most of their catch before swallowing it.  I guess they didn’t like sand in their food. 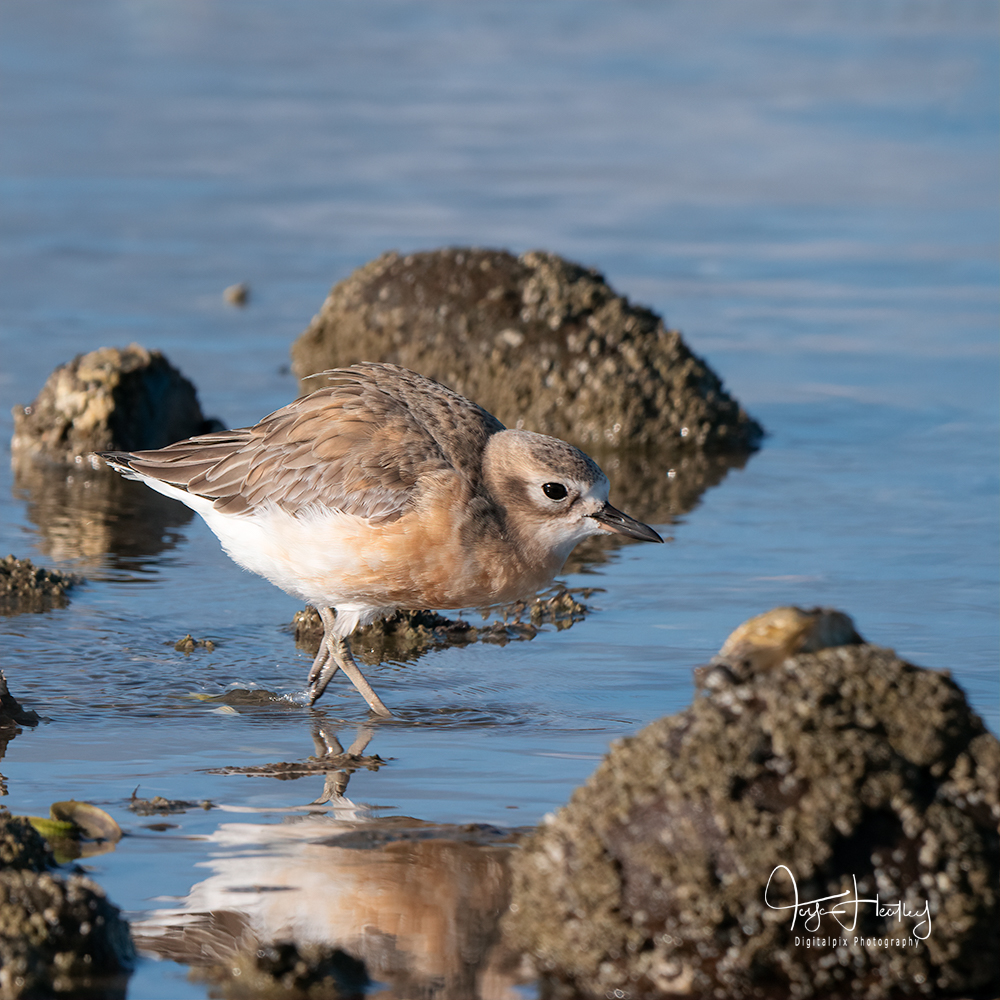 The male dotterels were splendid in their golden plumage and the white on the females was so bright and clean in comparison.  There was quite a bit of aggressive behaviour between the males who out numbered the females. Eventually they would all keep to their social distancing and get back to their feeding. 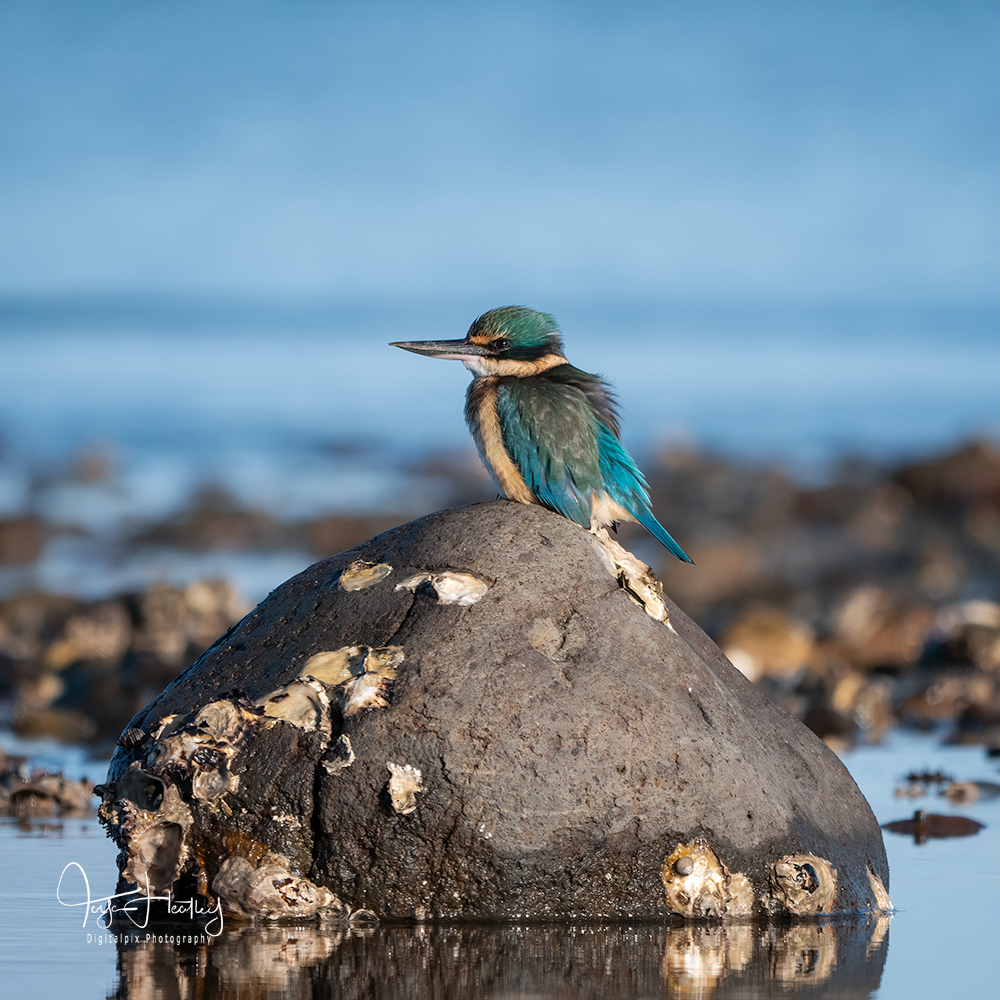 The kingfishers were also out feeding. My cousin had never been so close to a kingfisher and was super excited as she clicked off several photos.  As I was not prepared for capturing birds in flight, when I caught the kingfisher taking off it was just a blur of colour.  You have to be on the ball when you are photographing kingfisher, but as they were not my focus for the day, the camera settings just weren’t up to the task. Managed a few nice ones of the kingfisher on his rock though. 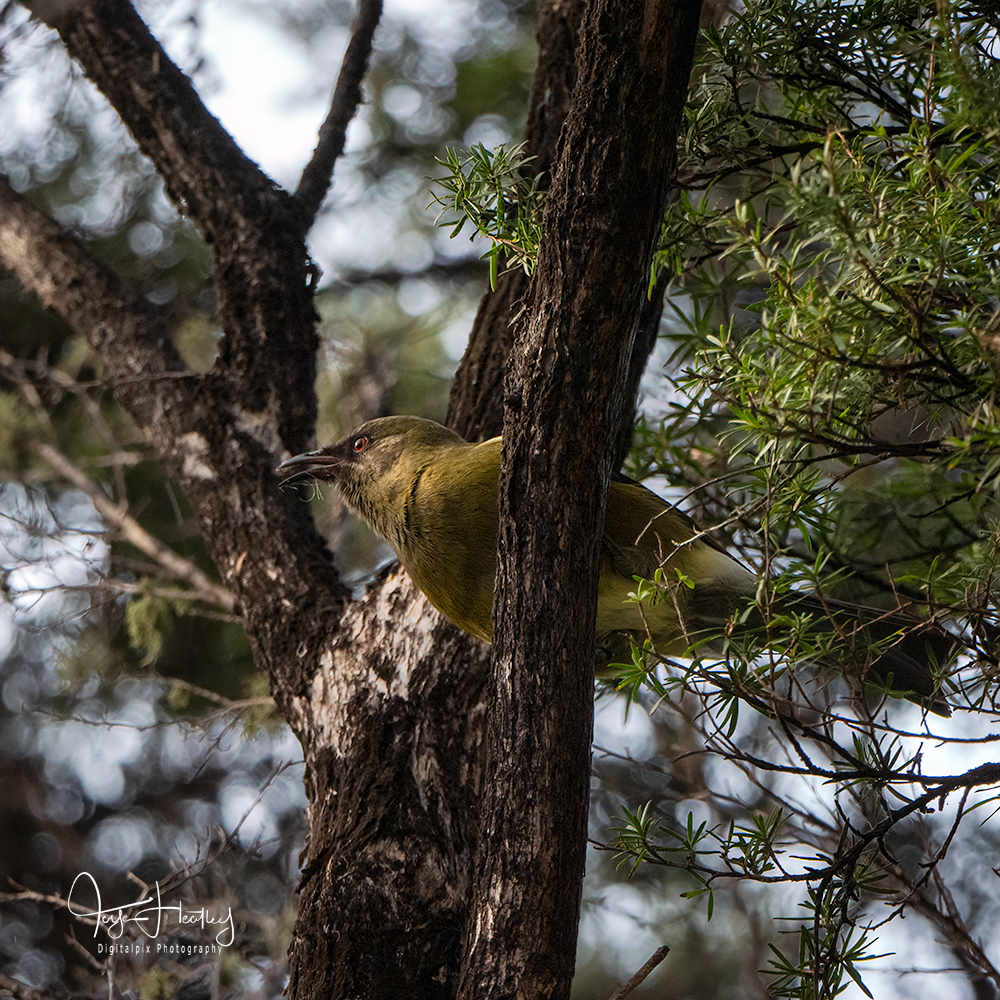 In the afternoon we went looking for fantails again.  This time we didn’t leave the farm. We found a small piece of bush near the creek where a bellbird was singing and sat watching the fantails as they flitted about. This is the first time we have seen a bellbird there, so it is nice to know the farm has so many native birds in its bush areas.  However this shoot, our aim was to get a good clear shot  on a fantail with its fan fully spread.  I am happy with the resulting images. 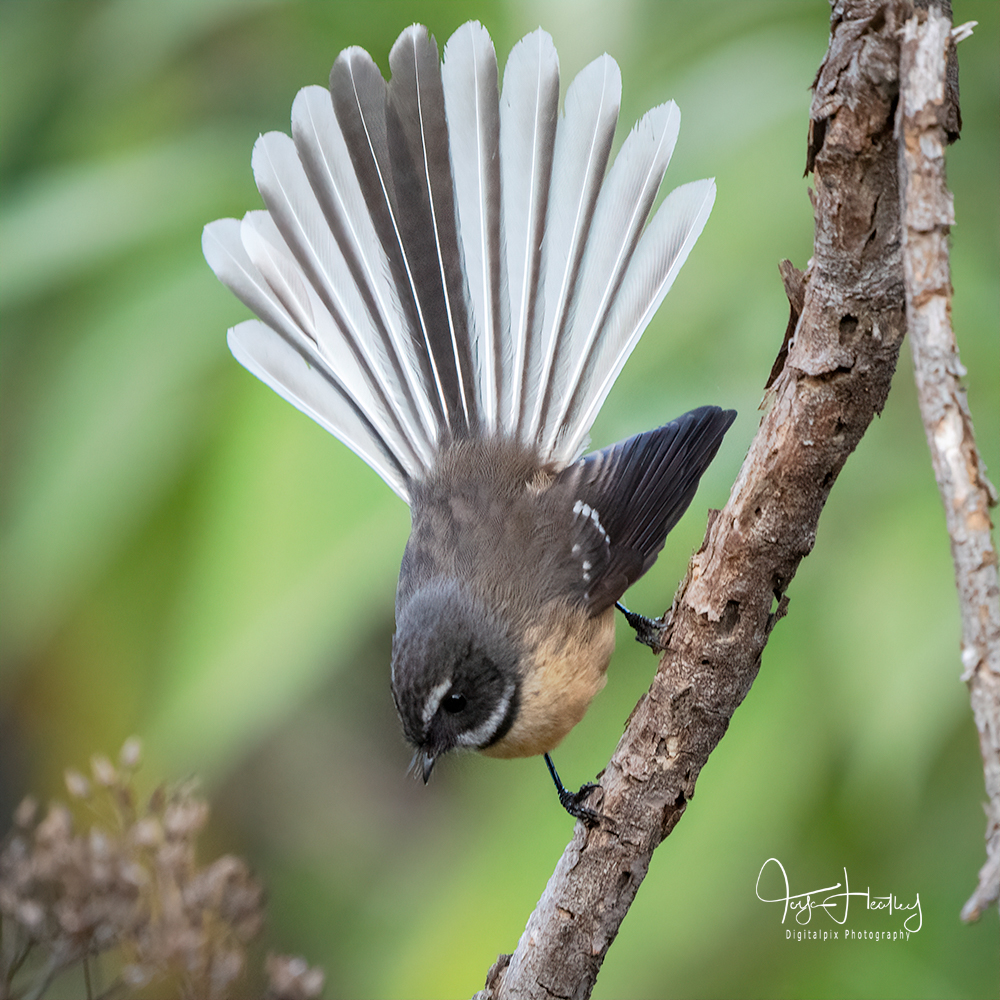 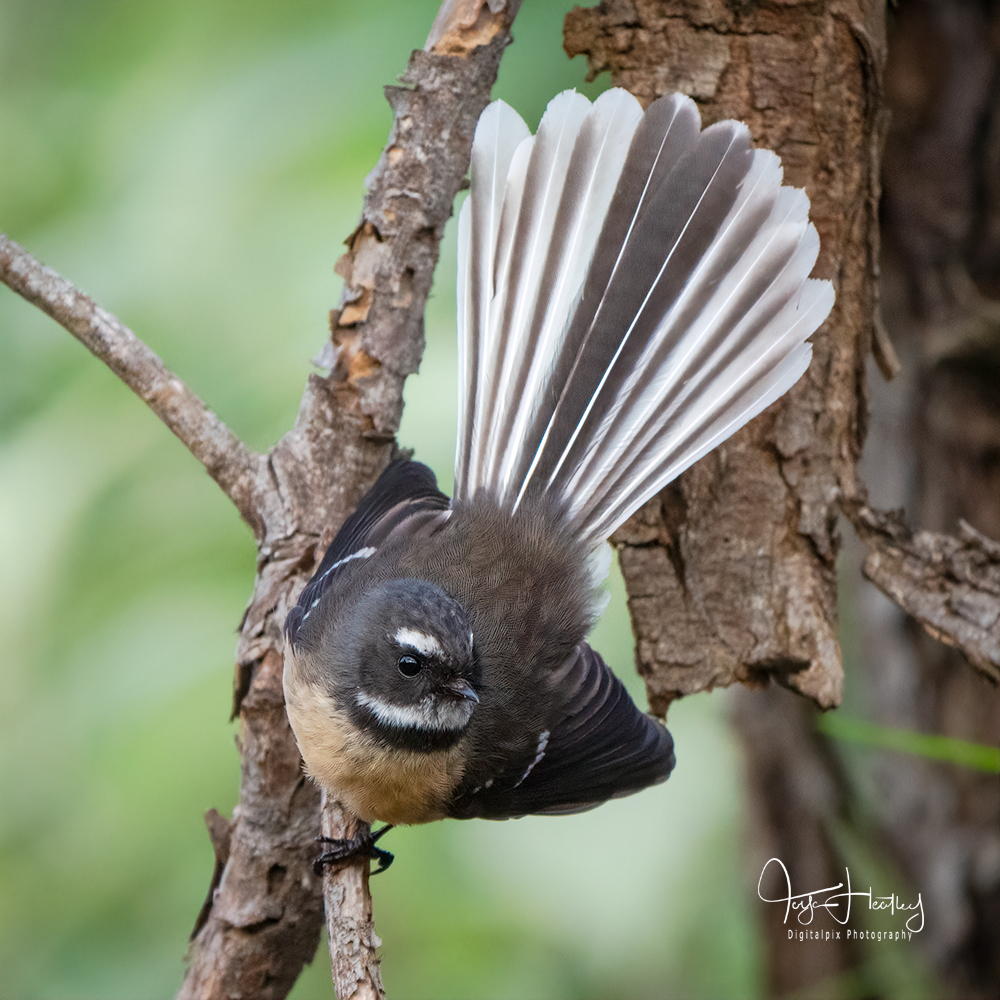