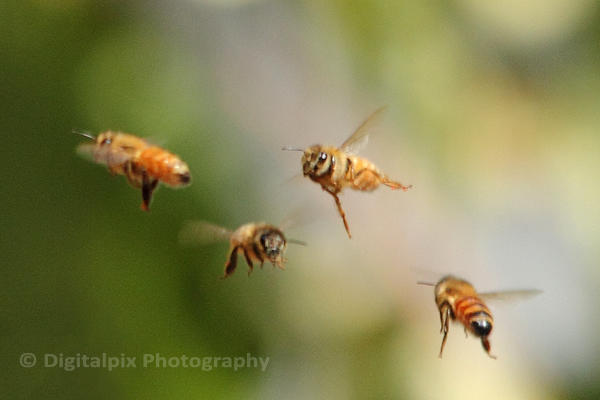 As I drove down the driveway this afternoon I was surprised by what I thought were wasps flying back and forth across the drive to the bird feeder. I put the car in the garage and skirted around them to the front of the house to get inside. I wasn’t about to get any closer to them, I don’t like stings! 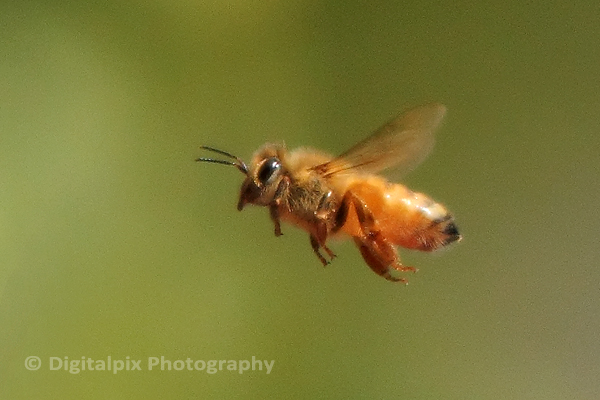 I got the camera out and shot a close up to identify what they were, and while there was one or two wasps, the majority of them were honey bees. Hundreds of bees! The feeder was literally blanketed in bees, like some of those photos you see where people cover themselves with them.  It was suggested that I remove the sugar water if I wanted the bees to go, but there were too many for me to feel comfortable getting that close. I just let them feed away. 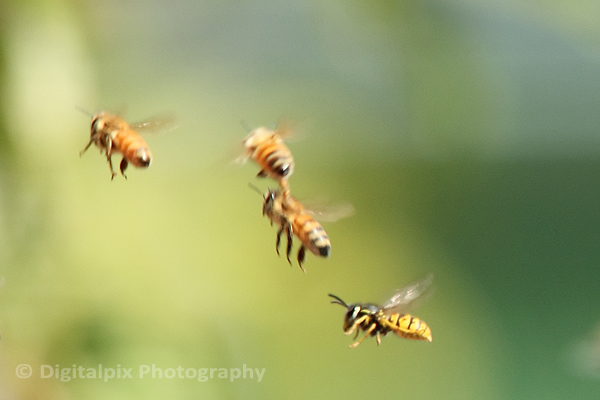 After a couple of hours the feeder was empty and the bees for the most part have gone. There are still a few stragglers but that is all. I did however make the most of the opportunity put before me and captured these shots. Bees are not something I would seek out but I am pleased with the resulting images from today. Most of these were shot through a glass window because I was a fraidy cat! 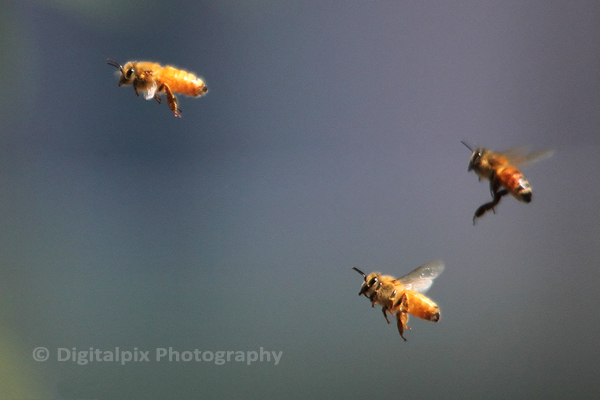 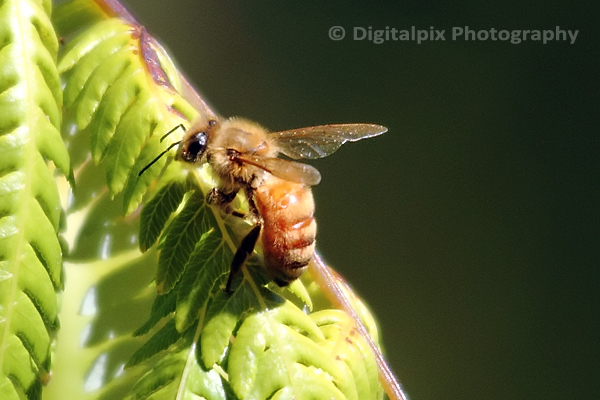 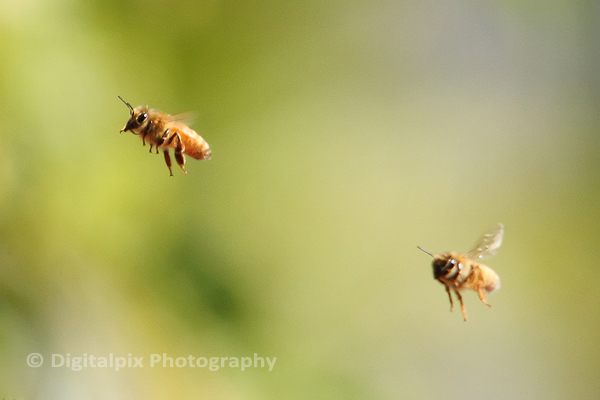 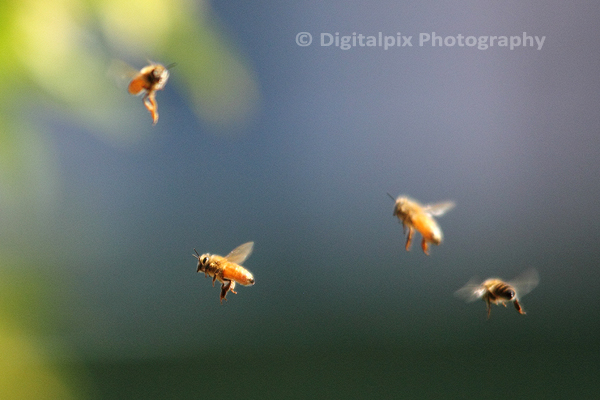 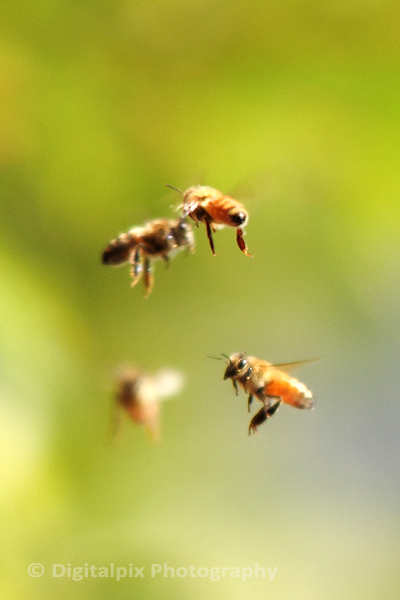