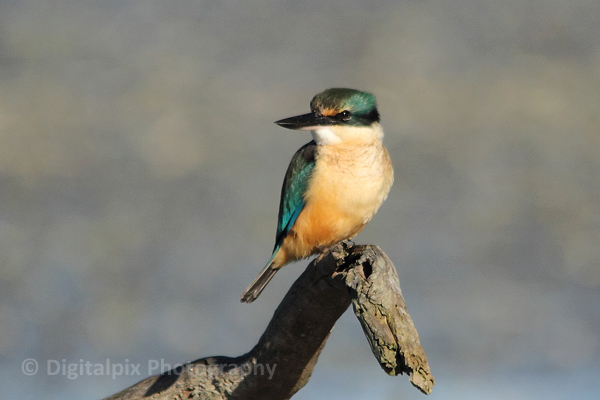 Finally I made it back out to the Inlet to the kingfishers. It is the first time I have been there since the storm and it was pretty obvious that there had been one.  There was a lot more debris along the shore line, lots of logs and tree branches. The usual perches were there but there were now a couple of additions being trees that had come down in the storm and blown into the inlet. I am sure the birds are happy to have some new perches to fish from. 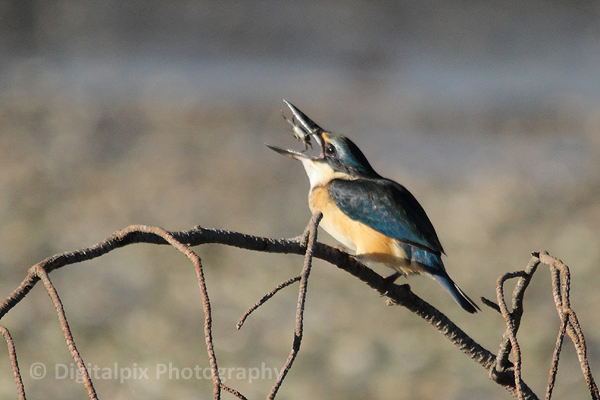 I arrived there this morning expecting to see a lot of other photographers about being as the sun was shining and the wind was no where to be seen but no I was the only one there. Well for a few minutes anyway.  I was joined by one other very helpful photographer who not only carried my chair for me but left gifts on the ground when he packed up and left.  I was pretty sure this wasn’t intentional and they have since been returned to him.

There were about six kingfishers that I saw out there today. They were not as active as they were before the storm, so I have to wonder if the crab population has also been affected. I could see the crabs moving about but the kingfishers didn’t seem to see many of them. Perhaps the crabs have found some new disguise that we don’t know about. Anyway it was an enjoyable couple of hours out in the sunshine and I am more than happy with the resulting images.  Tomorrow is a work day so I won’t be back there until next weekend. 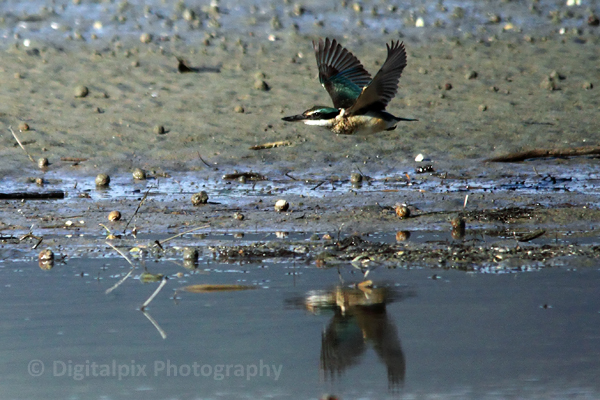