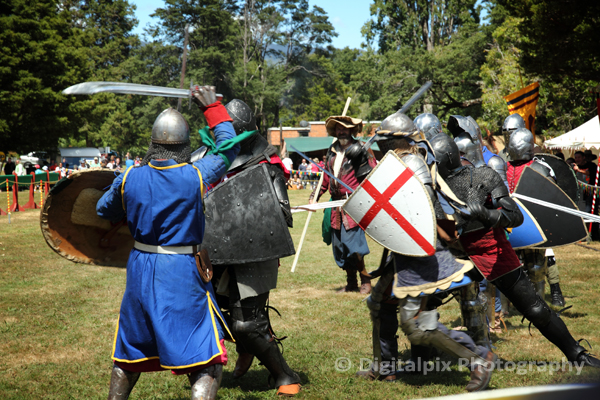 I had some time spare this afternoon so went to have a look at the goings on at Harcourt Park. The medieval folk are there this weekend for the National Jousting tournament. I didn’t see any horses or jousting while I was there (which wasn’t that long) but there were some battles going on. 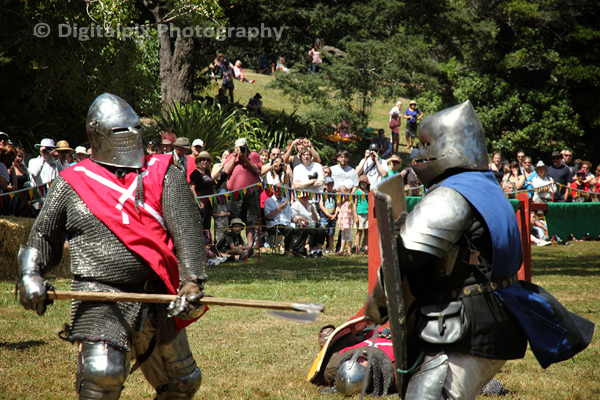 These images are from a ‘capture the flag’ battle between the blue team and the red team. The blue’s won easily. I am told from one observer that the reds were using the wrong weapon to be able to win. It certainly looked that way but the end result. 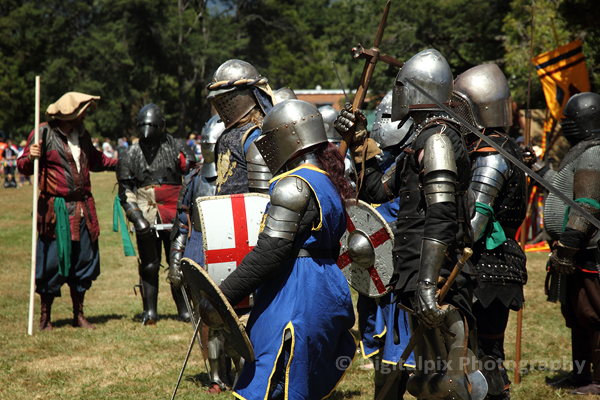 There was lots to photograph there, people in costumes, tents and such like. Unfortunately it was way too hot for me to be walking around so I headed back home to the shade. I wouldn’t want to be wearing some of those heavy costumes in this weather, they must really be cooking inside them. 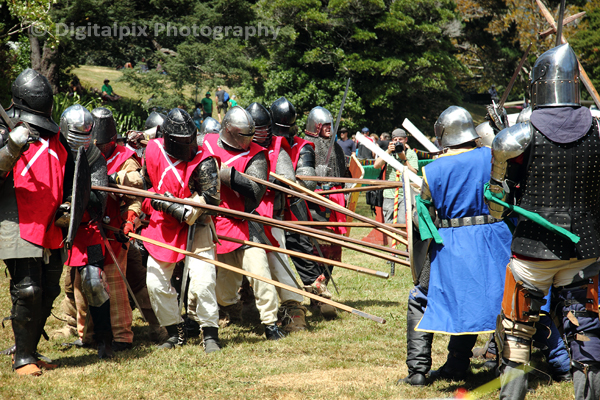 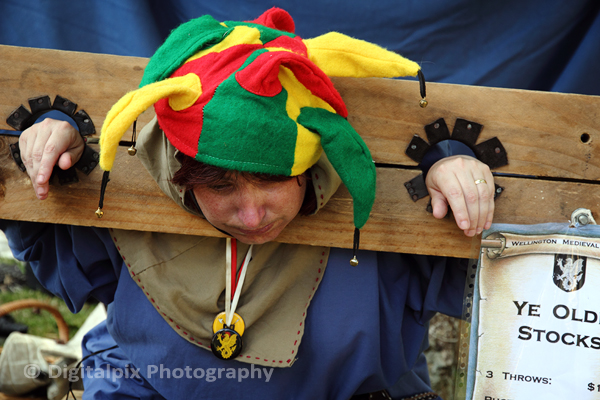 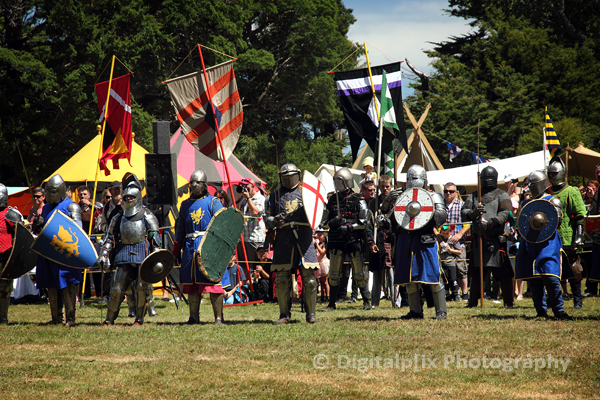 Tomorrow I am heading to Zealandia, so it will be back to the birds again 🙂