Yesterday I was talking about being at the Hamilton Zoo. Today is more of the same, however it is focused totally on the birds and the large walk in aviary. While I was there one of the zoo keepers came in to refill the feeding stations and she saw me photographing one of the Kereru. She pointed out to me that he was a little ugly around the head because some time ago he had flown into the netting and damaged himself.  He is now perfectly healthy; however his head feathers never grew back the same. He was however very keen to pose for the camera! 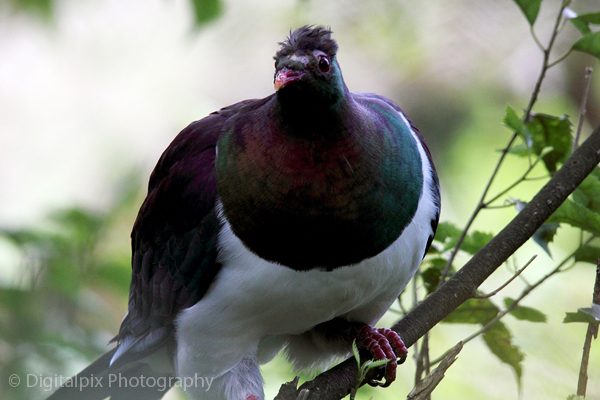 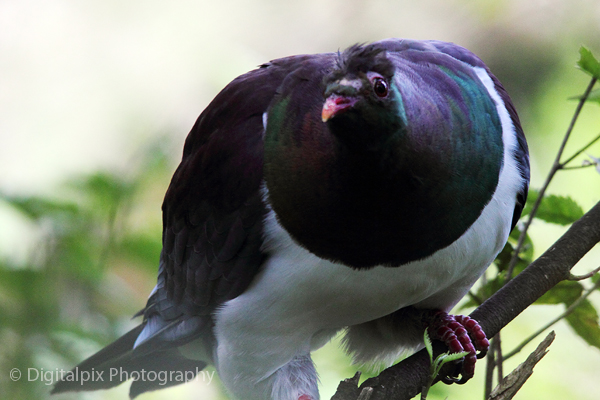 The white-faced heron was also quite happy to pose for the camera, so long as there was a mouse for him at the end of it. After being given one treat (mouse) he followed the zoo keeper about in the hope of getting a second one that she was carrying around. Of course he succeeded. He was fun to watch as he grabbed the mouse and then ran down the walkway to eat it in peace. 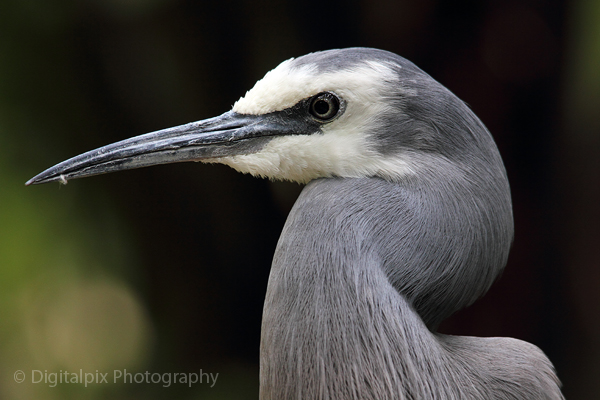 There were lots of kakariki in the aviary, both red faced and green. They were a bit more stand offish but when there was fresh food to be had they didn’t seem to mind coming in a bit closer. It was about this time that my card was full on the camera and I was busy changing it as two kingfishers flew to the ground at my feet fighting each other. I did my best to get the camera back together in time to photograph them but alas they were too quick or I was too slow. 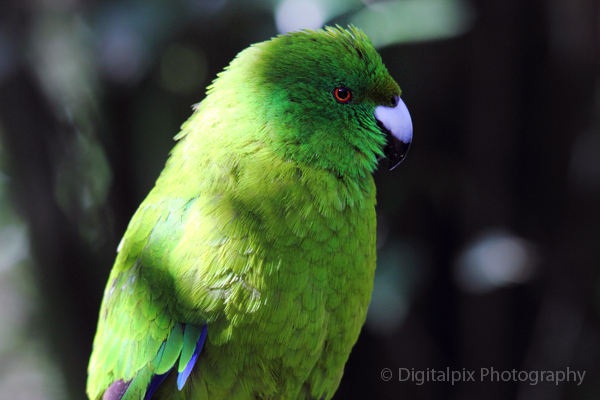 The light in the aviary was quite dark and I did struggle with this a bit. I missed some awesome photos by having the settings not quite right for the light. There was a pair of kokako flitting about in front of me and trust me when I tell you they move fast! I didn’t get the shot I wanted but I did get one or two. 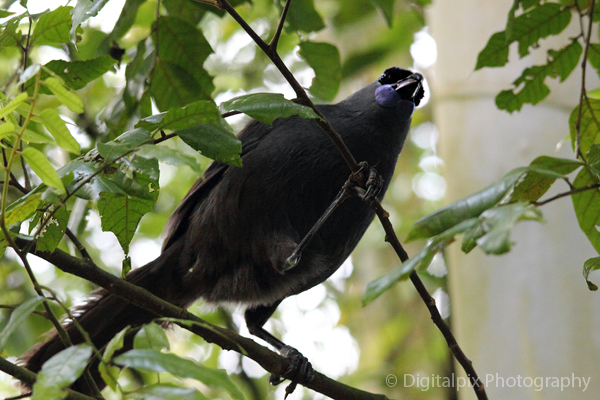 All the while I was sitting there watching and photographing the birds, I had a pesky kaka trying his best to get on my shoulder. If I shooed him away once I did it a dozen times but he kept coming back. In the end, thankfully, he decided my husband’s shoulder was much more interesting and started smooching about in his beard. The kaka was happy, not sure about the husband! 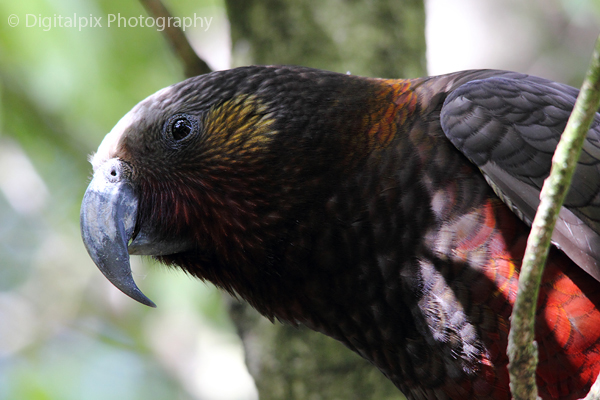 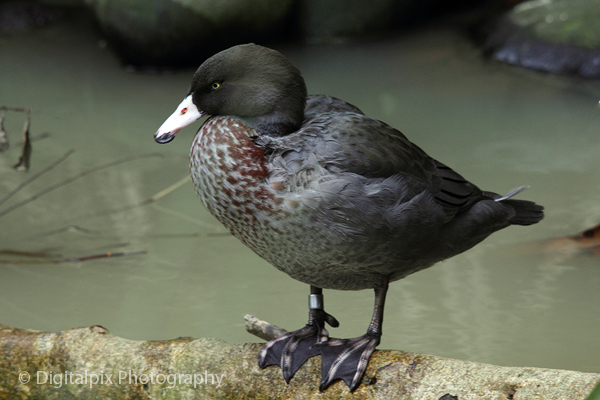