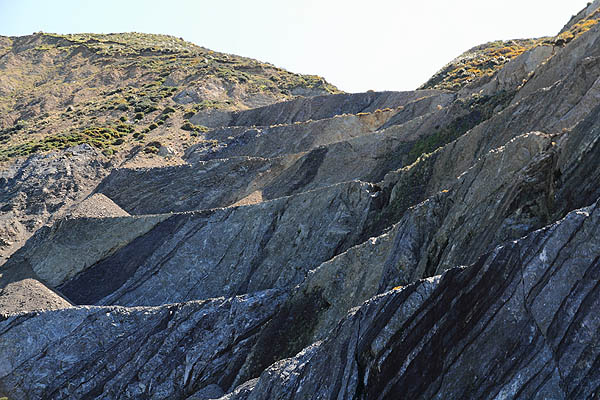 From what I have been told, there used to be a quarry at Red Rocks and the hills still bare the scars of it. I didn’t notice the lines in the rock until I looked at the photo on the screen. This is one of those images that really doesn’t do the scene justice. These rocks were right above us and very imposing. 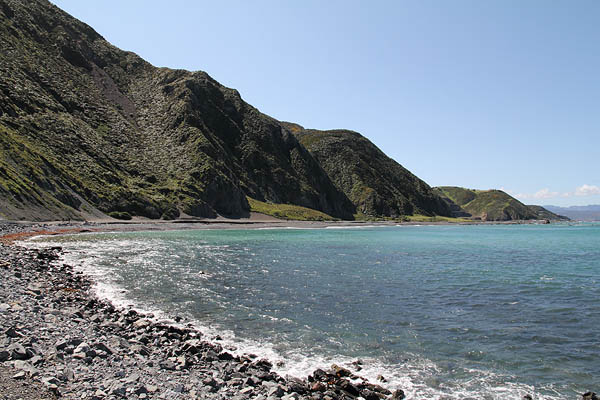 I took this image when we were about half way to the seals. I really didn’t have any real idea just how far it was that we were going but if you look at the right hand point where the hills meed the water – that’s where our car is parked! The information sites say a 30 – 40 minute walk to the seals, it took us over an hour but I did stop for breaks and photographs. 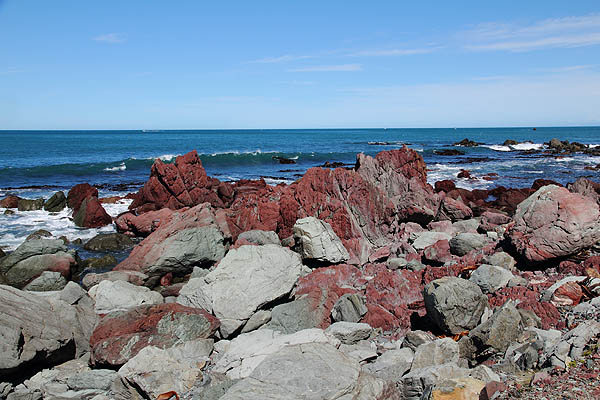 This is why the area is called Red Rocks. There really are red rocks – the colour is simlar to that of the gemstone jasper. The red rocks are lava from undersea volcanic erruptions over 200 million years ago. Iron oxides give the rocks the red colouring. 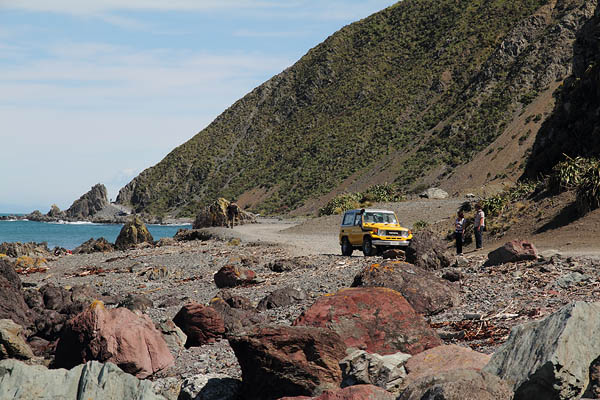 Nearing the seals at this stage, just one more point to go around. It seemed close but it was still quite a distance. There were lots of 4×4’s going to and from the seals. Aparently the gates are closed to the vehicles on Sundays between the hours of 8am and 6pm. This would make for a much easier walk as we constantly had to move out of the way of them – however it also means there is noone to hitch a ride back with! 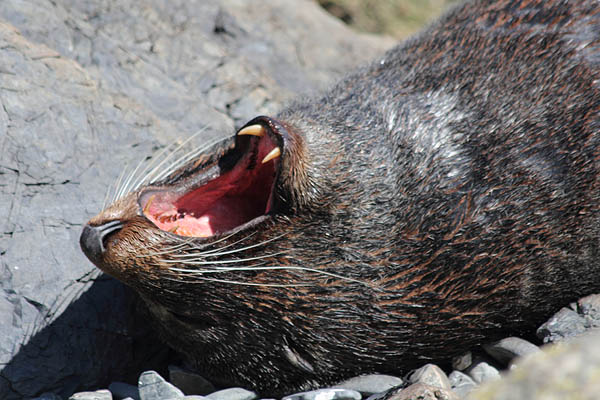 The seal colony is made up of male fur seals who were unsuccessful at breeding in the South Island colonies. With no females or young it is a more peaceful colony of seals, but I still wouldn’t want to mess with these teeth. Our driver on the way home told us of how just a week earlier he had accidently stood on a seal thinking it was a rock and had to make a run for it when the seal turned to attack. It chased him down the road at speed. 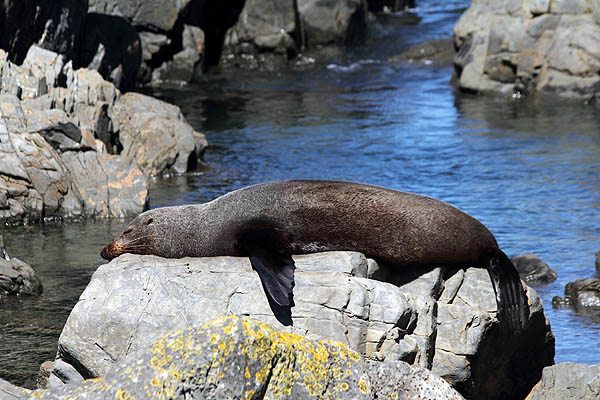