We are home from our road trip to Rotorua and I still have a heap of photos to process. I really should stop trying to do it on my laptop on the road as when I look at them later on the colours are not the best. Todays images are from Wingspan again. I love photographing birds and had high hopes of what I might achieve at Wingspan.

I had been advised by another photographer where was the best place to position myself during the show and armed with this information, my camera and zoom lens I was set. Imagine my surprise when we were the only people there for the show – just the two of us! Another couple joined as half way through, having gotten lost on the way there. So there was plenty of space to move around and we got all the opportunities we wanted to photograph the two birds they bought out.

The New Zealand Falcons are endangered and Wingspan are doing a great job of trying to increase their numbers in the wild. We listened as the trainers told us all about the birds as they put them through their paces. The birds like routine, so they had to work them as they would no matter how many people turn up for the show. 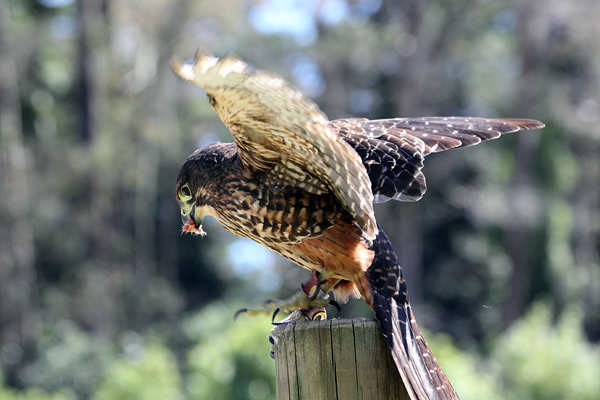 I managed to get a couple of shots of the birds on the wing, but for the most part they were far too fast for me to capture in the camera. That takes skill and the right equipment – which I am sure I don’t have. I am really happy with what I did achieve in the short space of time we were there.

I spent a bit of time looking at the avairies while we waited for the show. They have a very nice set up with some owls as well as the falcons. The birds certainly looked very content in their enclosures.  I would recommend a visit to Wingspan to any photographer keen on birds, particularly native New Zealand birds – even if you don’t photograph them, the entry fee is going towards a very important cause. 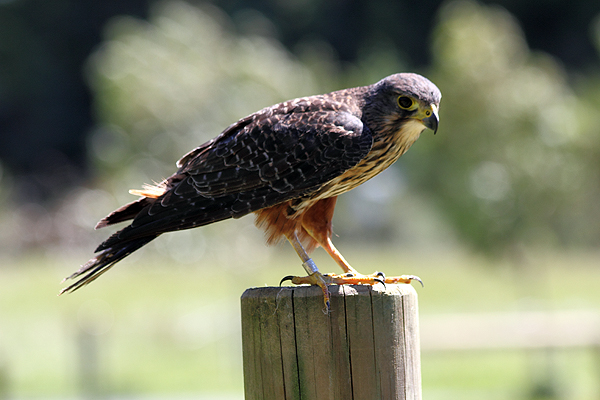