I have run out of recent images to post here today, so I have delved back into my archives and found something interesting. These photos were taken at the old railway tunnel at the north end of Upper Hutt. The park surrounding it is called Tunnel Gulley for obvious reasons. I might have to head up there again soon as I am sure the bush will have some interesting fungi about now. 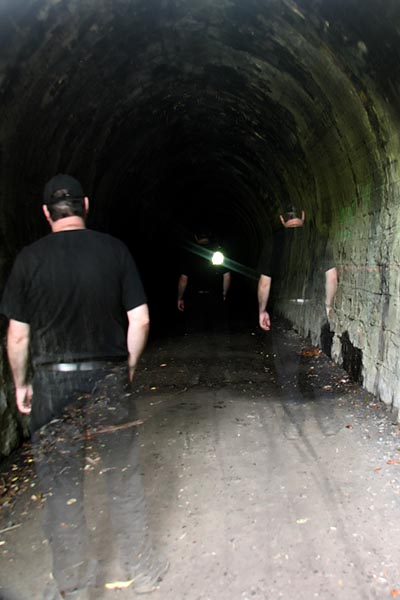 Anyway, these photos are of my husband walking in the tunnel. Multiple exposure images all done in camera. No photoshop cut and pasting in these images. It was achieved using the tripod, a long exposure and a black card to put over the lens when he moved positions in the tunnel. These were about 10 second shots which allowed for two moves (three different positions). They give the erie impression of ghostly people walking through the tunnel. 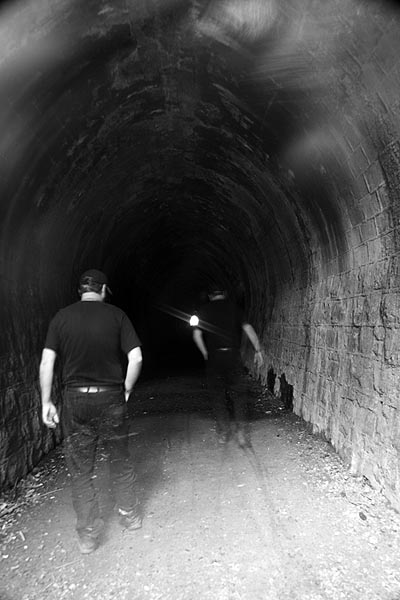 It’s a simple but fun exercise to do and one I plan to have another go at. I would like to try it with two models at once, perhaps children playing to show a bit of movement as well. I can see it would be an awesome place to shoot a wedding photo too. If you can get your head around the mud that seems to always be there.