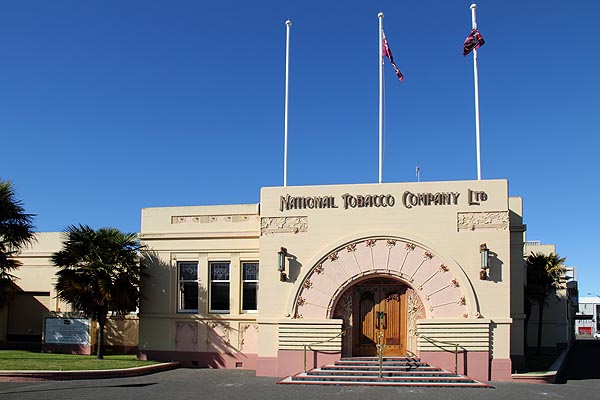 As we were driving around Napier we spotted the most beautiful art deco building I think I have ever seen, the photos really don’t do it justice. The sun was shining on all its brasswork and it just about jumped out at us saying “photograph me!”. So we stopped the car and out came the cameras. Was probably quite a site, two photographers standing in the middle of the road taking photos of a building, glancing sideways every few minutes to make sure there were no cars about to run them over. 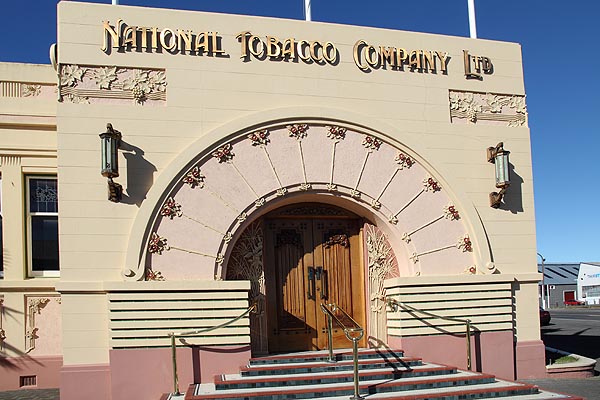 The floral work on this building was just stunning. What looked like raupo(bull rushes), paprus and roses all done in such a tasteful and beautiful way. I googled the building (as you do) to find out some information about it. It dates back to 1932-33. The National Tobacco Company building was built after the devastation of the 1931 Napier earthquake and was designed by Louis Hay. At some point it was taken over by Rothmans and the name on the facade of the building was changed. Since they are no longer using the building, the name on the facade has been restored to its original. 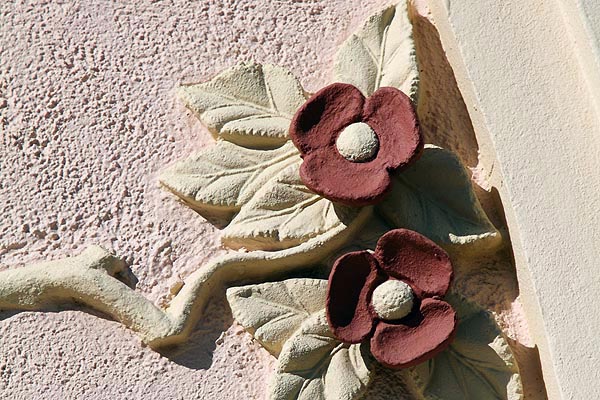 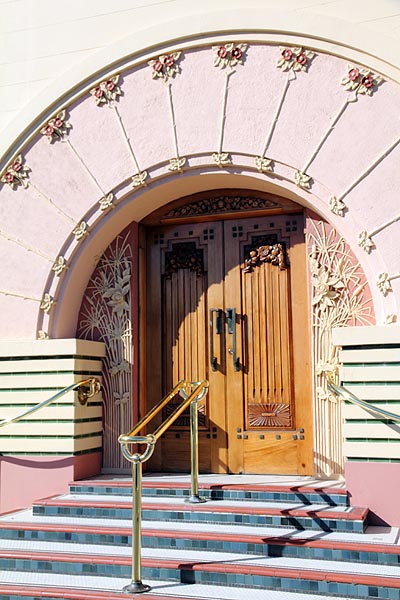 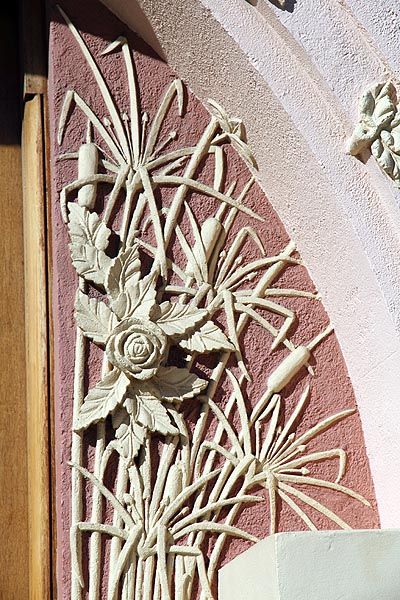