Today I attended a Nature Photography workshop at Zealandia run by Simon Woolf and Murry Cave. After a brief run down on health and safety, we headed out into the valley an hour before it was open to the public. Definitely the best time to be at Zealandia on a sunny day, there were birds everywhere! We started out with a stop at the green geckos where everyone had an opportunity to photograph them through the glass of the enclosure, then the group split off into two. Simon and the first ten headed off while the rest of us stayed a bit longer with the geckos. 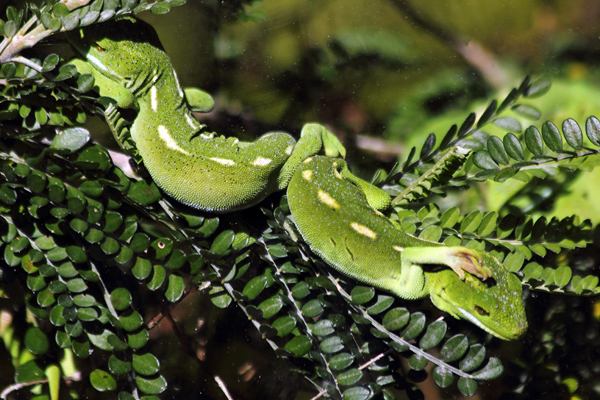 Eventually we all started to slowly move further into the valley stopping every time we saw something move. Murry was great, giving instruction on camera settings for any given situation and advice on how to capture the birds, what to look for and where to focus. We saw tui flitting about in the air above us, shags flying off to feed, fantails darting about around us. It was hard to know which direction to point the camera in!
I am happy that I got so many good images of the fantails, they have proven very difficult in the past but today they were very obliging. I do wish I had managed to get one with its tail fanned out though, but I was just not quick enough. Something to aspire to in the future. 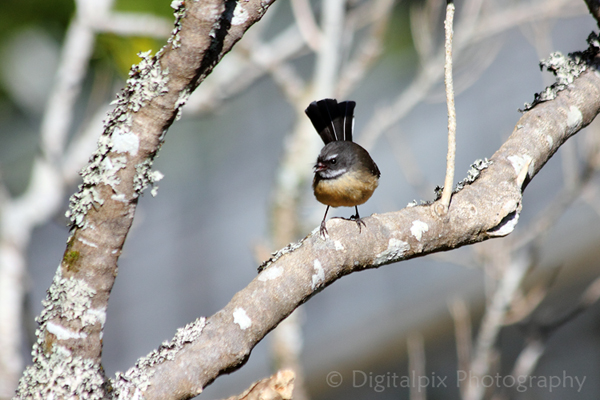 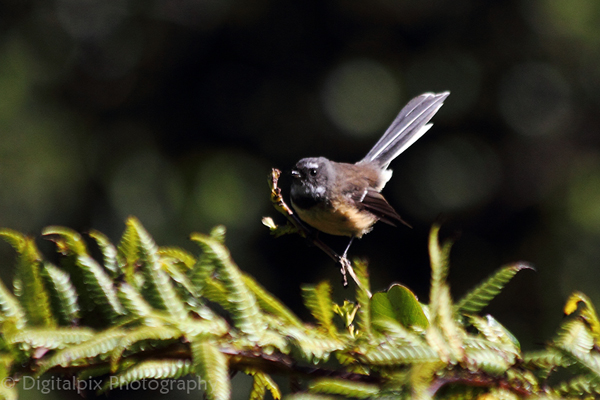 There were lots of juvenile shags sitting about on the raft and branches around the lake edges. One of them put on a bit of a wing display for us, another was playing in the water with a stick. As soon as we pointed the camera at it, it dived under for a game of hide and seek. I managed to capture a couple of images on the few times that it popped up out of the water. 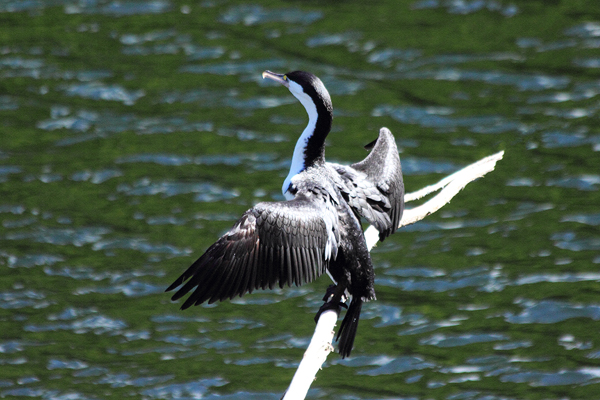 I had a bit of a rest at the kaka feeding station because by this time my aches and pains were making themselves felt in a big way but when the group headed up the hill to the discovery area I did manage to get myself there too (with the aid of Murry’s monopod substituting as a walking stick – Thanks Murry). Once there I think I shot off two photos of a Hihi before we had to head back for lunch. Thankfully one of the two was an ok shot. 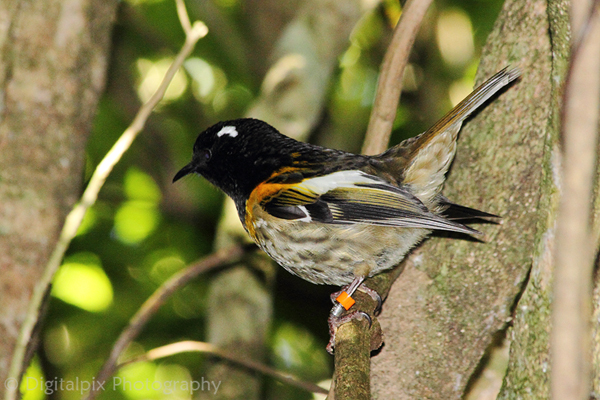 As we headed back we checked in with the Tuatara but unfortunately they were still hiding – probably from the shag! It was a game lots of them were playing. We were told once we were eating lunch in the café that the tuatara had come out but by that time I had had enough. 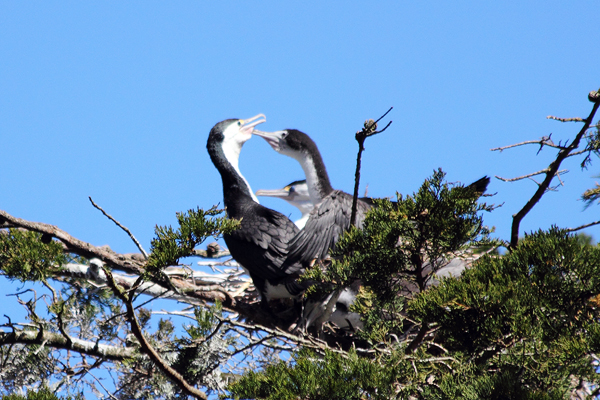 Anyway walking back to the café at the visitor centre was such a daunting prospect I decided that the boat was the better option. Paula and I boarded the boat and had it all to ourselves! We were treated to a close up encounter with the shags on the raft, and a close look at the nesting shags in the tree overhanging the lake. There was one nest with very young chicks in it; we saw a head popping up now and then and a very tired looking mum watching over her chicks. Above that nest there was another with larger chicks all hassling their parents for instant feeding. We watched while one of the chicks just about lost itself down its parent’s beak searching for food. 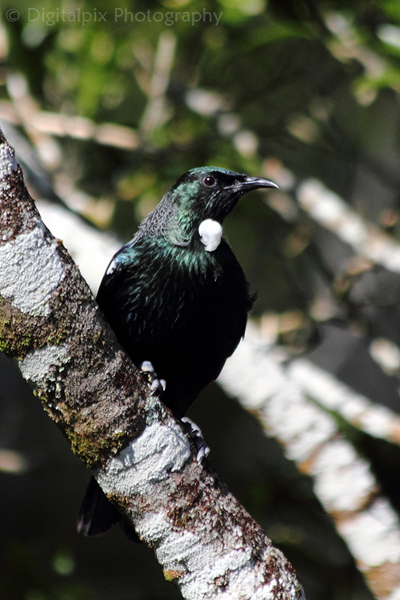 After lunch Simon showed us some of his prints sharing his experience with different papers and printers, followed by a question and answer session. We were a very quiet group as there weren’t a lot of questions asked. Guess we were all just enjoying the rest time. The two groups then headed back out to the valley for more time with the birds and nature, but Paula and I decided it was time to go, so we left them to it. 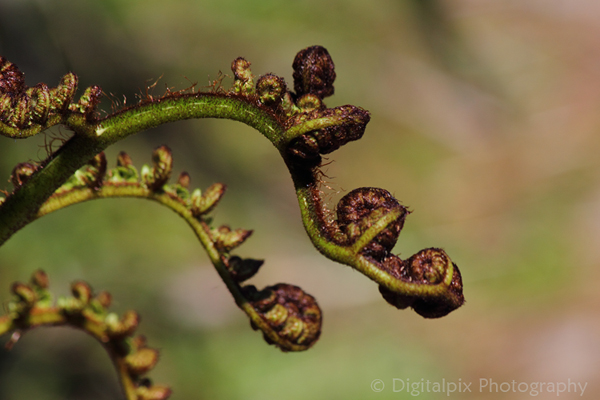 It was interesting to hear both Simon’s and Murry’s experiences with nature photography and once I have absorbed all that was shared today, I hope I can improve my nature shots too. The main thing that came out of the day for me was that you need to be taking photos all the time. Your camera needs to be so familiar to you that you don’t have to think about the settings you are using, you just instinctively do it from experience. With nature photography, and in particular birds, often in the time you take to think about the settings, you lose the shot.