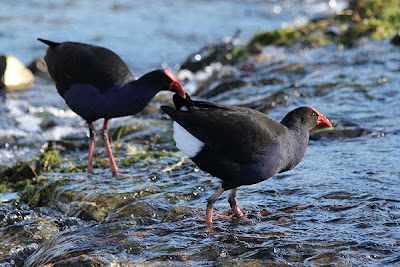 Just down the road from where we live is Heretaunga Park. I have only recently started exploring this small park and so far I am enjoying t 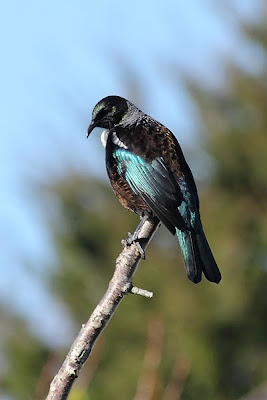 I followed the pukeko along the riverbank trying to get a clear shot of them and they were very clever at putting themselves between obstacles and me. Clearly they have learned to keep a healthy distance between themselves and anyone or anything else.

One of the houses that backed onto the park had put up a bird feeding station. We saw waxeyes, sparrows and even tui flying to and from the feeding station. There were also fantails flitting about teasing me as they do and I still don’t have a good shot of them – all the more reason to go back again. 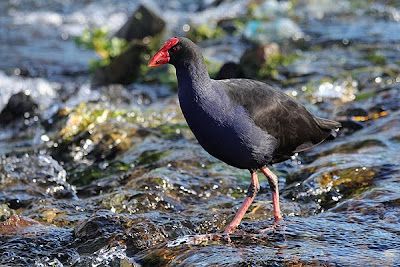