There are a lot of nature photographers that frequent my usual haunts and for the most part they are a friendly considerate bunch. We may not all know each other but we will usually wave ‘hello’ or get into a discussion about the birds that are about and where to find them. 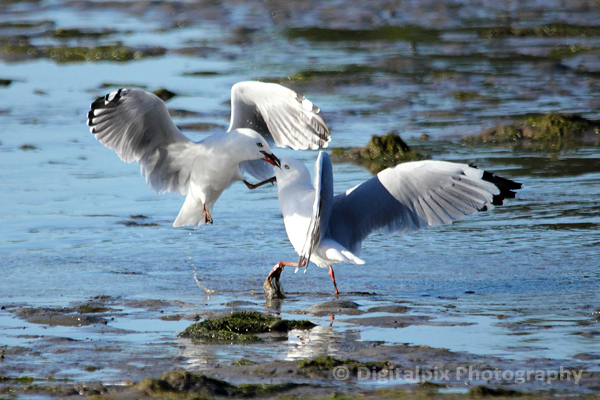 We are also very careful not to upset the birds in their natural environment. We are observers and as such shouldn’t make the birds uncomfortable with our presence. Royal Spoonbills I have noticed along with the White-faced Herons have a very definite ‘space’ and if you breach it in any way that’s it they are gone.

Last evening I took my camp chair and parked myself at the Petone Estuary. I find that if I just sit and wait the birds will cease to see me as a threat and will come to me. It is way better than chasing them from one side of the lagoon to the other and way less stressful on the birds. I saw the spoonbills over the other side of the lagoon happily feeding and figured if I wait long enough they would make their way over.  Then a few minutes later I see another photographer all dressed in green with his tripod and camera scare the birds away in his attempt to get close to them.

To say I was annoyed was an understatement, as the birds flew off into the distance I decided I would have to make do with the gulls and oyster catchers. The other photographer headed off in the direction the spoonbills took and I didn’t see him or the spoonbills again for a while.

After about thirty minutes of sitting and watching, I was lucky enough to have the juvenile spoonbill and it’s parent fly in to start feeding in the water nearby. I was in photographer’s heaven when the other three adult birds joined them – right in front of me!

I clicked away happily enjoying their closeness thinking I should share this wonder. I rang friend and fellow photographer suggesting that she come down and bring her camera with her.

Between calling my friend and her arriving, the other photographer dressed in green had followed the spoonbills to where I was. He walked past me and then set himself up in the bush above where the birds were feeding. Way to close for them to be comfortable as was plain to see by the way they instantly started moving away. Once they were out of reach of his lens and mine, (they flew back to the other side of the lagoon) he packed up and set about following them back to the other side to repeat the exercise.

Eventually he left, the spoonbills returned to feeding where we were still sitting, and both myself and my friend managed to get some great shots. I am still annoyed about the unnecessary stress placed on the birds – being chased from one end of the estuary to the other – and the fact that the other photographer didn’t give a toss that he might be ruining someone else’s chances at photographing them.