I find it very frustrating at the moment not being able to get up close to most of the fungi. I have a bad back which makes it hard to bend for any length of time which I need to do to photograph fungi.To combat this handicap I decided to use my 70-300 zoom lens and look for fungi that was up on banks so that I could shoot up towards it rather than have to get down to the ground. For the most part this worked. I tried using my tripod but it was just to restricting so I ditched it after the first 10 minutes and once again I was shooting hand held in low light. 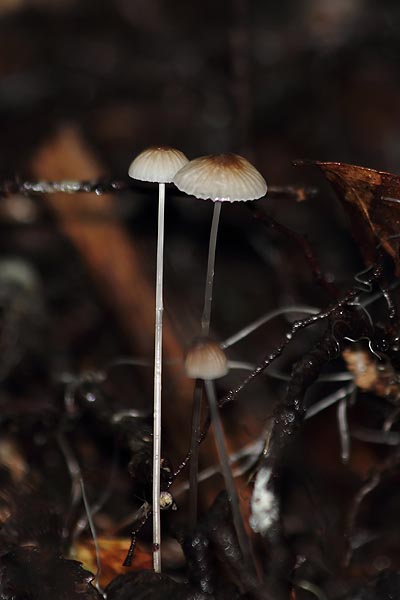 I do like these tiny fungi with their long thin stems. They are about three inches in height and are incredibly delicate little things. Very easy to miss when walking through the bush, it was only because I was looking up the banks that I noticed them. 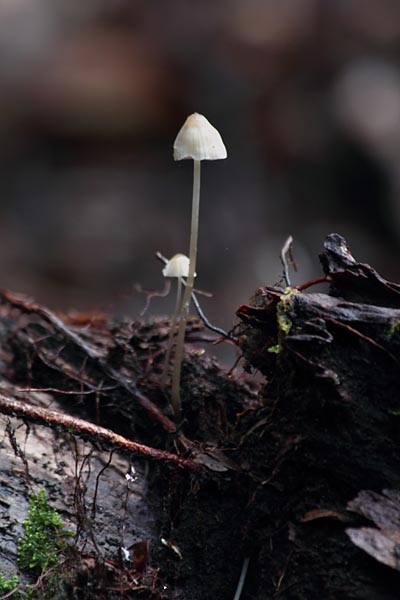 The fungi in the image below looked rather special with their almost satin like finish. I liked the contrast between the light colour of the top of the fungi and the dark chocolate colour of the stems. 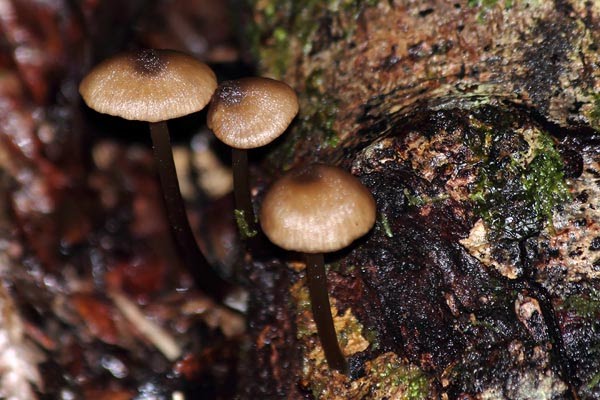 The final image was the hardest to access. A couple of people who were walking through the bush told us of this cluster of fungi they saw further up the track. It was quite steep to get up to them and the track was very muddy so care had to be taken. I think it was worth the effort as they really were an amazing cluster fungi – this photo is just a small portion of them. 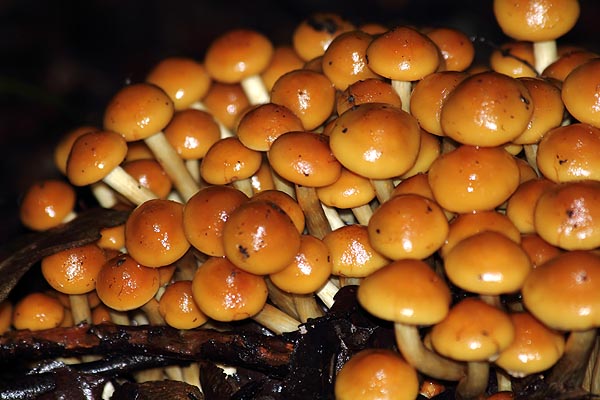