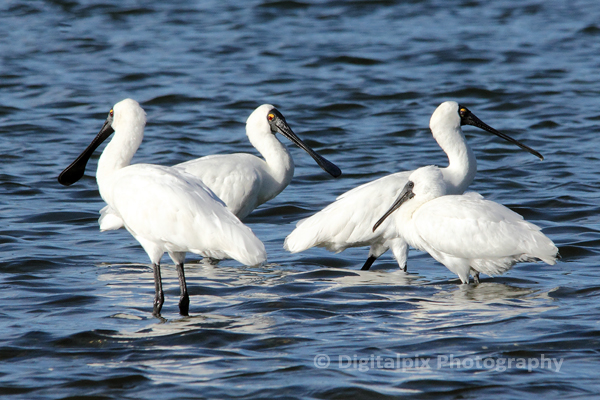 We ventured down to the Petone Estuary a few hours before high tide yesterday. The tide was coming in fast which meant that I needed to be careful about where I was standing a few times but it also meant that if the birds wanted to remain standing they have to move closer to shore too. I was hoping to see some kingfishers but there was pretty much everything but. 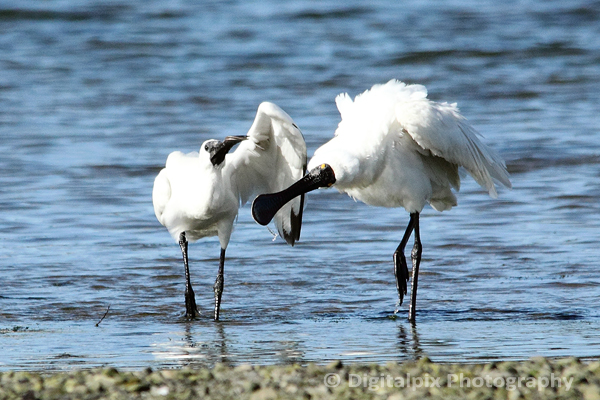 Not long after arriving and spotting a group of spoonbills, I noticed that one of them was dancing about quite a bit. After looking through the lens it became obvious that this one was smaller than the rest and without the usual yellow brow. It was also being really annoying to one of the adult birds seeking food. I have never seen a juvenile spoonbill before so was rapt at the photographic opportunity unfolding before me. 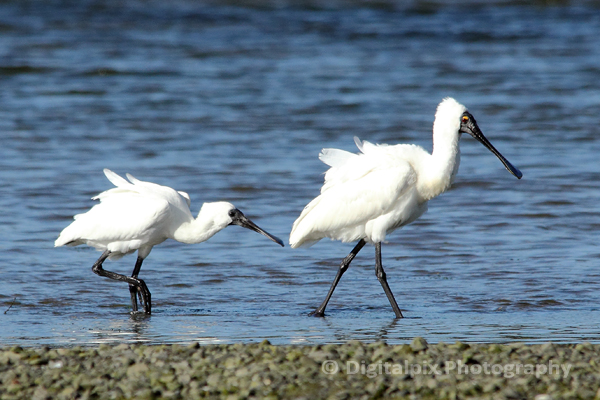 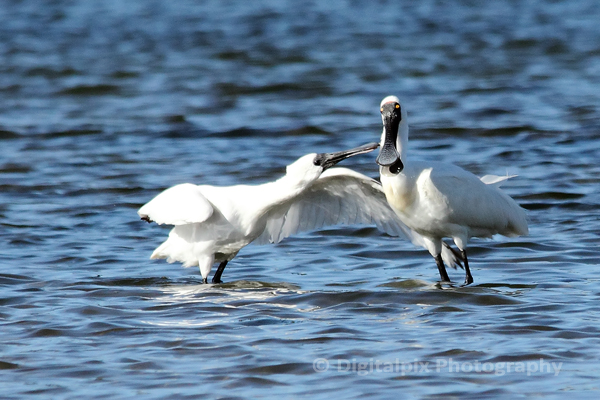 I followed the young bird with my lens while it tried every trick under the sun to get fed by the adult but alas it was not fed and I didn’t get a shot of spoonbills feeding their young. Another time perhaps, I am more than happy with the shots I did get. 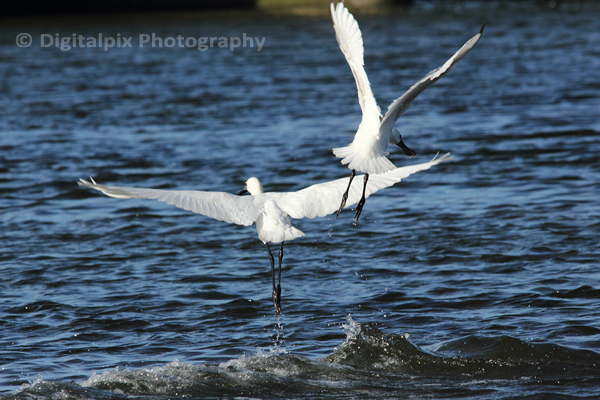 As the tide came in the birds got a bit restless and gave signs of flying off. A couple did a circuit or two before returning to the rest, but they didn’t leave. Perhaps they did it specially for me so I could practice my panning! Sounds good anyway.  I waited for them to fly off but in the end they had more patience than me and I headed home. 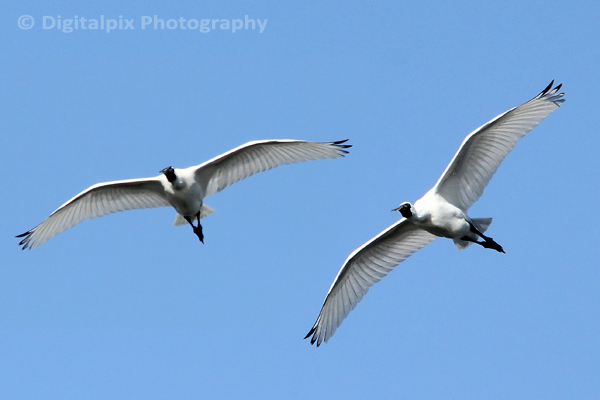 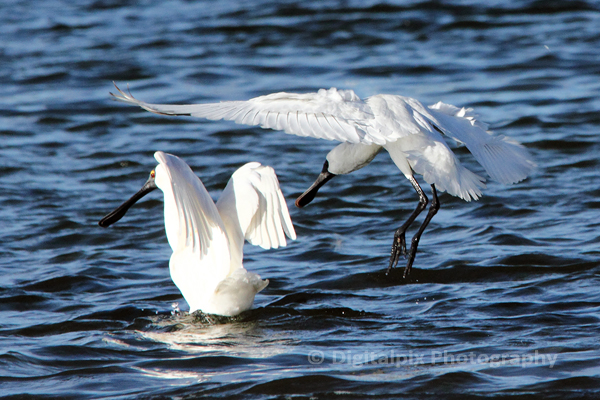 There were swans all over the place the entire time I was there and I pretty much ignored them after spying the young spoonbill. I did however give them some attention when it looked like there was going to be a fight between a few of them. Feathers were ruffled and they did puff their chests out a bit, but the fight was avoided. 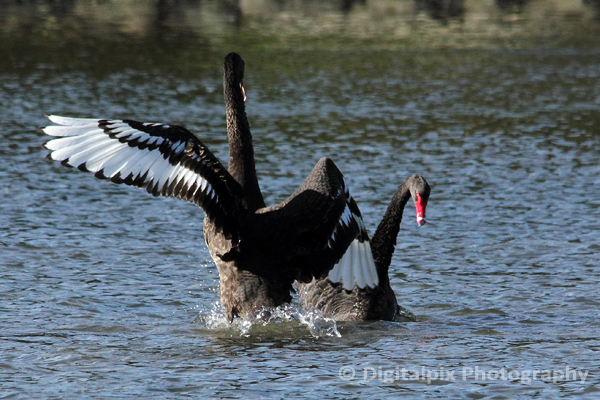 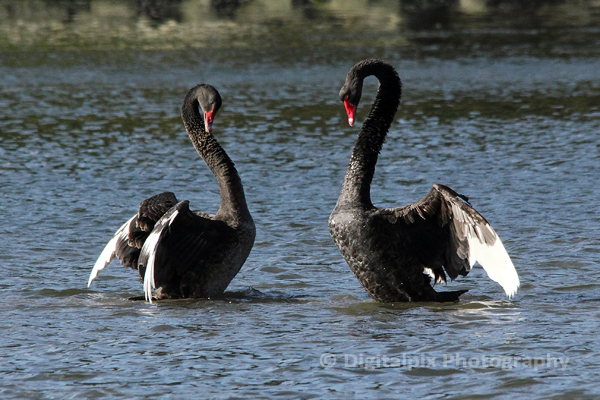