I attended a workshop at the Regional Convention that was called “High Speed Photography”. A confusing title in that we used shutter speeds of 4 seconds and more. There were three different stations set up in a studio for us to capture images using this technique. Essentially we were opening up the shutter in the dark and as the motion started a flash was triggered. This gave us an image of an instant in time lit by the flash. Stopping the motion for that split second. 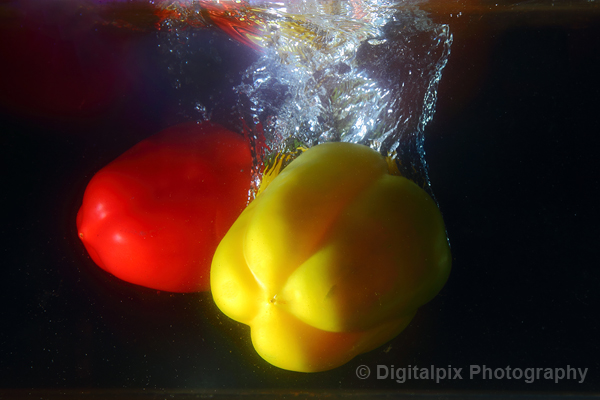 The first set up was a fish tank of water and capsicums and oranges were dropping into the tank at the same time as the flash being triggered. The flash was on the table beside the tank pointing upwards to where the fruit was going to fall and triggered by remote hand held button. We didn’t use on camera flash. 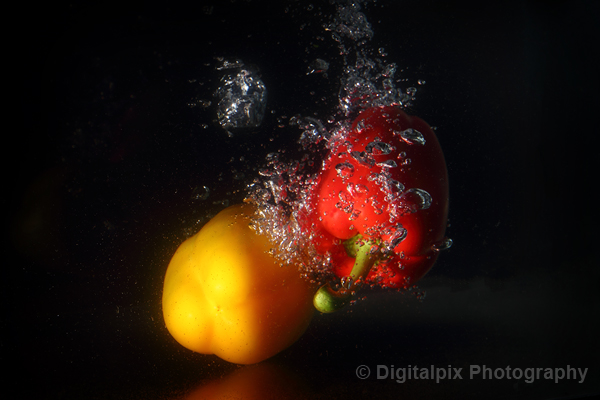 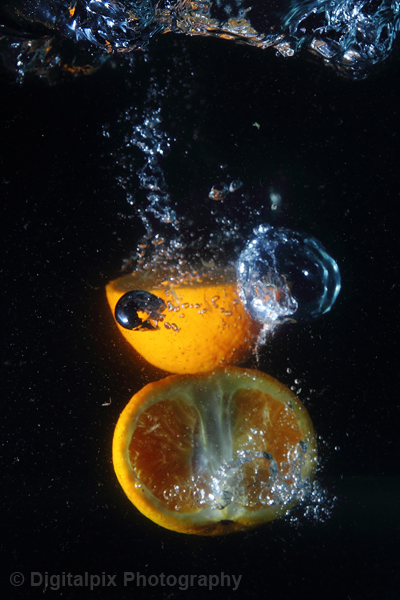 The second set up was a black mat also set with flashes at either side and a talcum covered tennis ball was thrown onto it. This created a mushroom cloud of dust around the ball as it rose upwards. 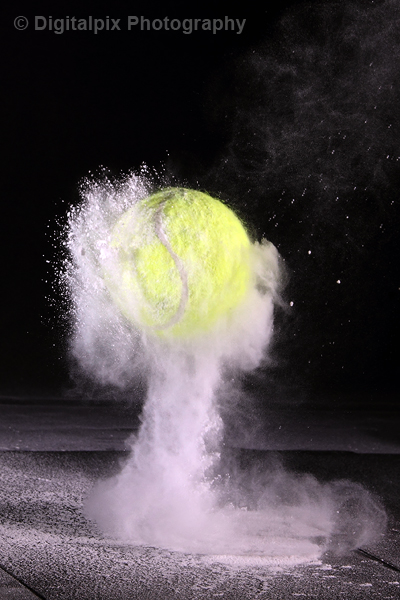 The third set up was catching water drops and while I managed to get one shot, the triggers and flashes kept failing on this setup. Having seen it done, I know how to set it up at home and at some stage will have another shot at it. It was a fun workshop and the time just flew by! 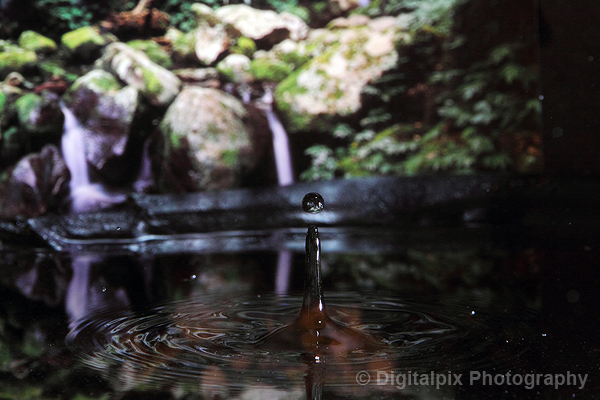