We found the kaka at the same feeding station as the bellbird. To start with they were hidden well up in the trees but once they saw the bellbird getting all the attention they came down for their piece of the action. They are awesome birds to watch, very cheeky in their manner and they were not affraid of the cameras one little bit. 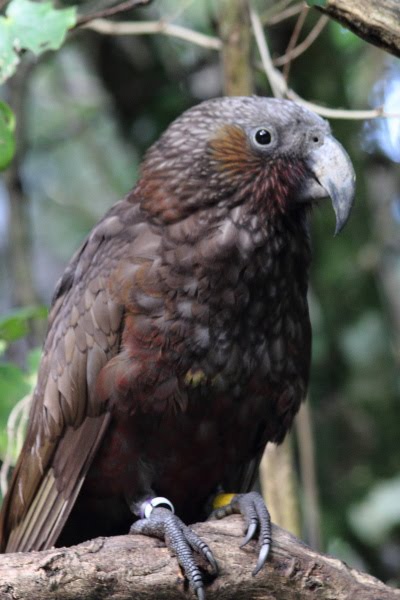 It was interesting watching the kaka feeding from the station. The had to land on a lever which in turn lifted the lid to a tray containing their food. Once they had taken the food they would fly off into the branches above and eat. 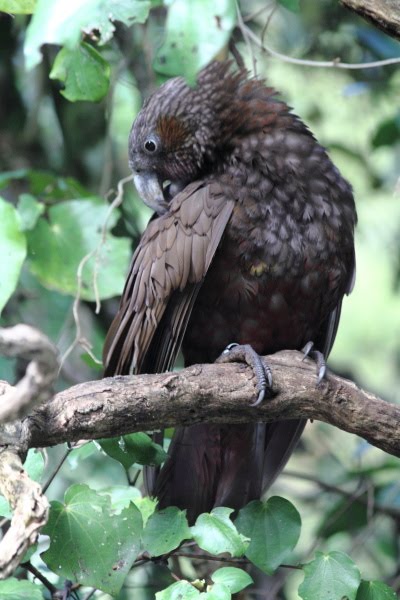 These images were shot at an ISO of 1600 which probably won’t mean much to some folk reading this but the fact that the images look fine and haven’t had any work done on them in photoshop, tells me that my new camera is way better than the old one. I am really enjoying using it. Like my trip to Barton’s Bush, I didn’t use a tripod for any of these photos, they were all hand held in low light and they worked! 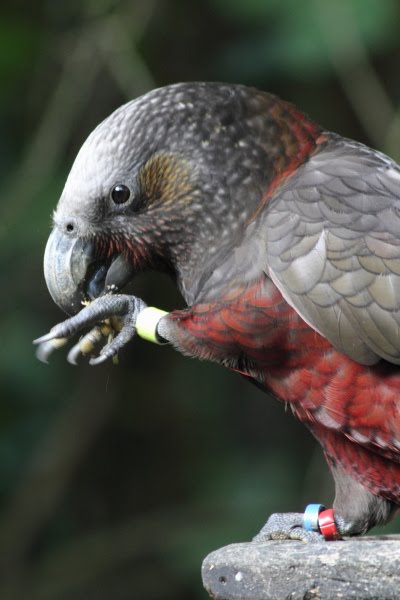 The kaka took control of the feeding station and the bellbird had to wait his turn to get to the nectar.

There was a definite hierarchy among the birds and the kaka were right up at the top and that is exactly where they liked it. At the lower end were the blackbirds and sparrows and they waited ever so patiently until the feeding station was free.