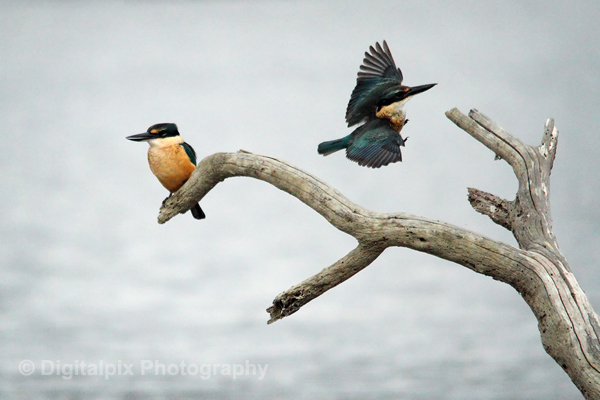 On the way home from the Guardians of Pauatahanui Inlet photo competition prize giving (where I received a Highly Commended in the Nature category), we stopped in to see the kingfishers. It was windy, the light was bad, so I didn’t bother setting up the hide to get any close up shots. I just took the camera and went for a bit of a walk. 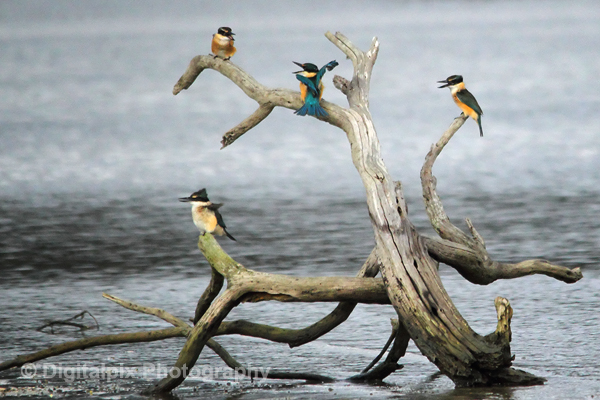 I so wish the light was better! I don’t think I have ever seen so many kingfishers in the one place before! The driftwood branch (that another photographer had strategically placed) was covered in them. At one point there were six on the branches but by the time I had focused it was back to four. 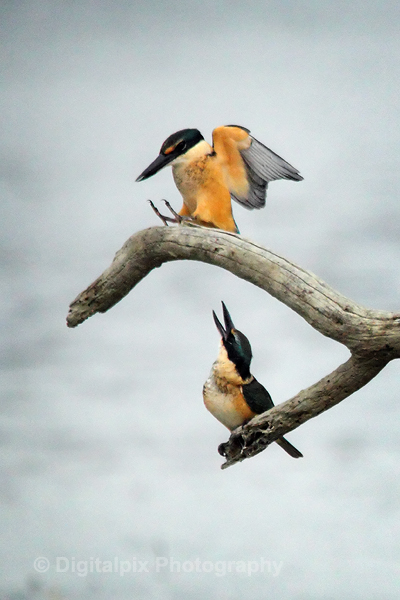 The top spot is obviously the prime position because they squabbled over it frequently and as soon as one vacated it, another one moved up. Most of the images I shot were a bit noisy because of the bad light but they tell a pretty neat story so I am using them anyway. 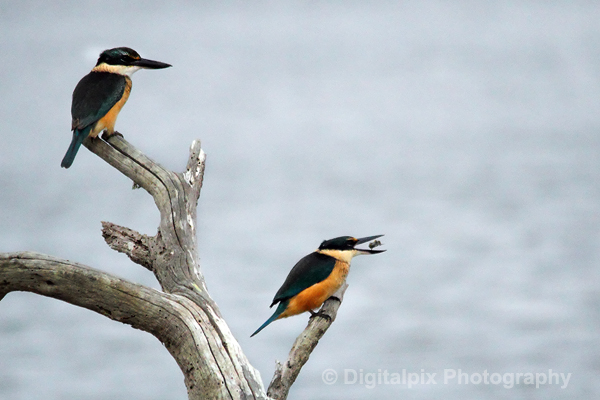 Just as I was walking back to the car, one of the kingfishers flew up a bit closer and promptly coughed up a ball of left over bits. I thanked him for the offering and sent him on his way. 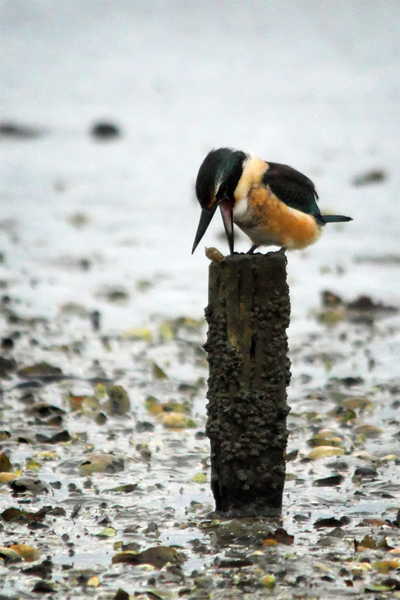 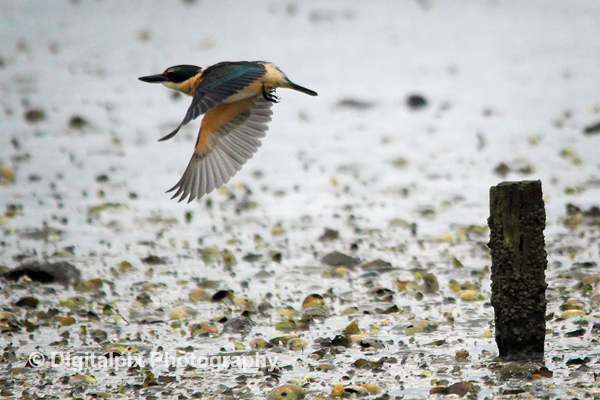