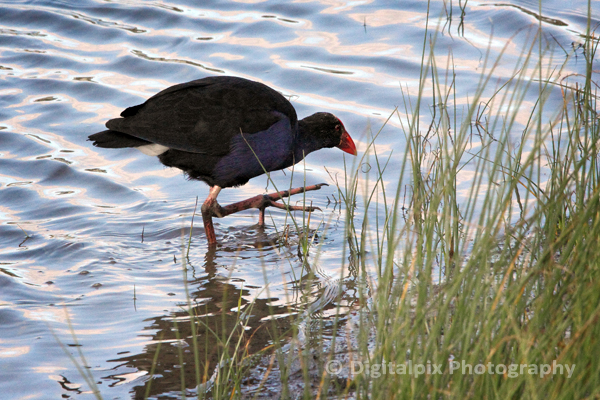 We headed up to Waikanae yesterday because there wasn’t a lot happening at Pauatahanui and there is ALWAYS something to photograph at Waikanae. Yesterday was no exception!  The spoonbill (only one) was off in the distance and unreachable even with my big lens. There were pied stilts and pukekos, shags and ducks. It was just a case of finding what would capture my interest and make a good shot. 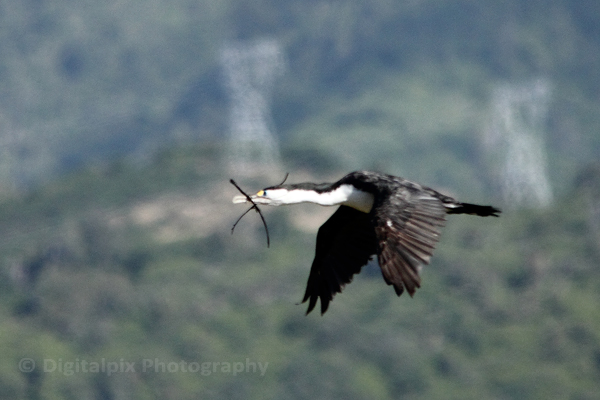 I started trying to photograph the shags flying in from the estuary but they were either too fast or changed directions too often and I never really managed to get the shot I wanted. I did manage to get one carrying some sticks back – he was obviously still nest building.  I looked around to see what else there was and found the cutest New Zealand Scaup (male) playing about in the water. He was there one minute and gone the next as he dived under the water out of sight. 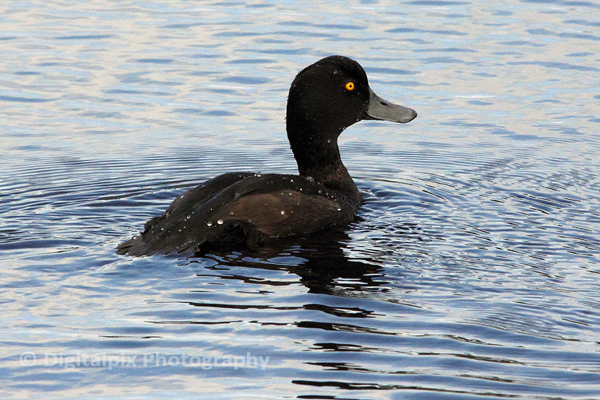 Then we drove round the road and went looking at one of the shag trees. There are several that they roost in and one in particular had a couple of easily photographed nests. There were at least three different species of shags in the tree which I found absolutely amazing.  There were pied shags, little shags, and little black shags all nesting in the same neighbourhood. 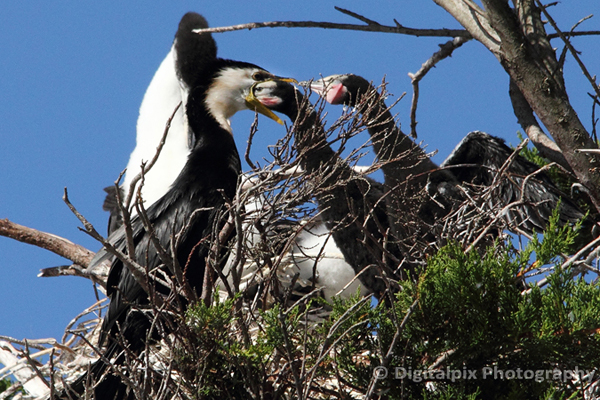 I like to think I timed it right but then they are probably feeding the chicks constantly however I was very happy with the feeding shots I got. It is a shame that the nests are so messy among the branches but if you can get past that the birds are really interesting to observe. I certainly would not want to me a shag mamma, the kids would always be trying to get down your throat! 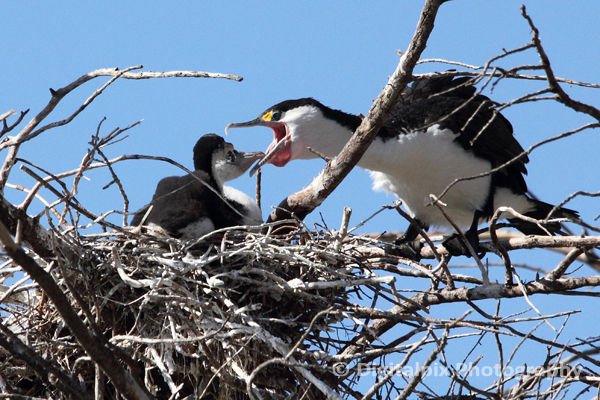 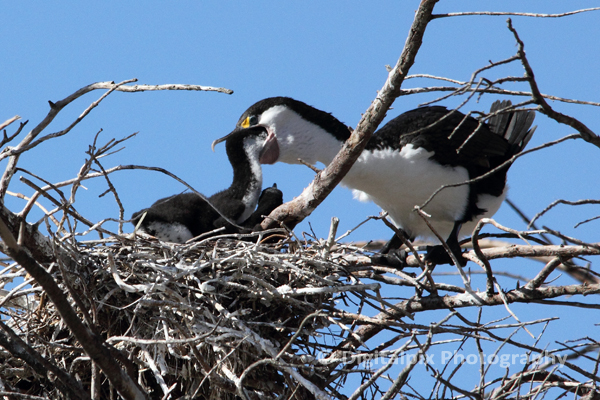 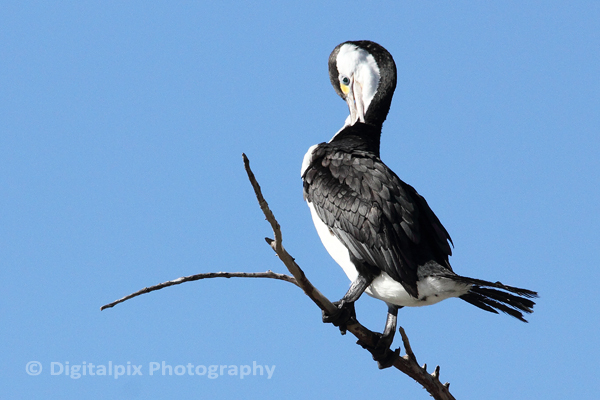