We were at the Mad Butcher’s the other day and my husband found a large netted ball of something covered in breadcrumbs labeled “Winter Wild Bird Feed” or something there abouts. I have no idea what was in it but it was very heavy. At only $3.50 we thought it would be worth getting to see if the birds liked it.

We hung it on the side of the bird feeders and for the better part of an hour they wouldn’t go anywhere near it. After that it was just a convenient perch to hang out on. Not one bird would feed off it. We even tried not feeding them any sugar water or fruit to see if they would go to it but alas they have been too spoilt. Not even the sparrows were interested.

So today I decided it wasn’t worth leaving there, knowing that the blow flies were going to love it and I wasn’t about to let it become live food for any of the birds no matter how much they would have liked it then. So I tried something else.  I took it down from the feeder, tossed it on the lawn and tossed a couple of slices of stale bread out too. 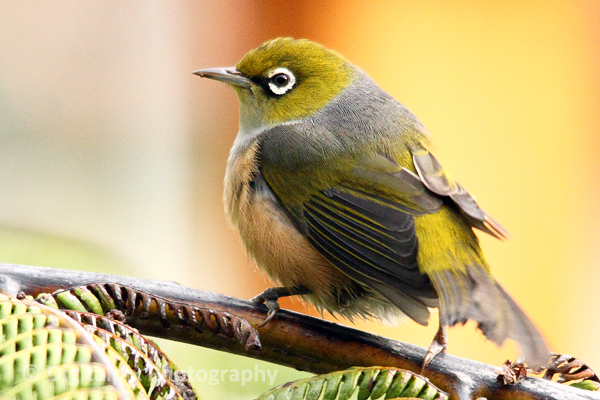 The starlings are not shy once they find a food source and they ripped into it with a passion. From there it was just a matter of time before the sparrows moved in. Now, the waxeyes have taken ownership and are feeding happily on it and chasing every other bird that comes near away!  I don’t think I will be buying any more though, as it was way too big and I am not keen on attracting the flies.