It has been almost a week since the tui had visited the garden and the waxeyes had all relaxed back into their usual feeding patterns, the chicks came out of hiding again and all was well. Until yesterday when the grumpy tui returned. He was there when I about to leave for work this morning and I couldn’t help but pick up the camera and grab a shot or two hand held. It never really works well when I do that but I still try all the same. You just never know when it is going to work! 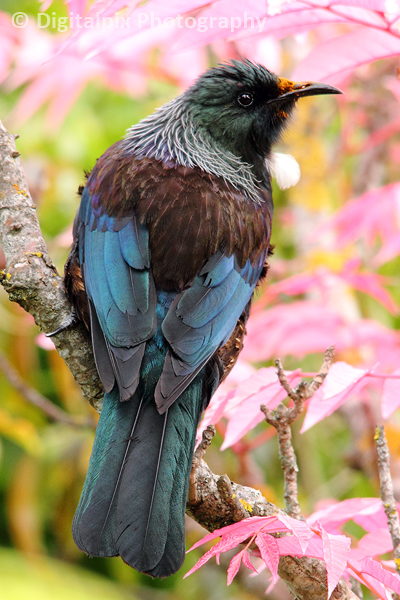 I do enjoy the sounds of the tui but I have to admit I am struggling with his bullying tactics. There is enough for everyone, he doesn’t have to chase them all away! It would also be good if he could land on the ponga fern now and then so I can get a good shot of him. If he did that I am sure I could forgive him for his bad behavior. 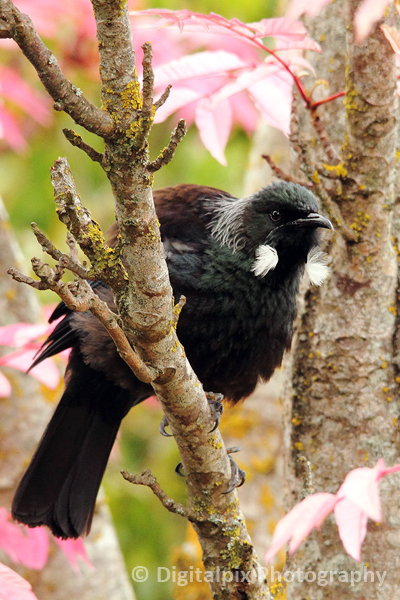 As I write this, a second tui has now found its way to the feeder. This one is a bit bigger and has a nicer looking white tuft under its chin. It is a bit more skittish than the grumpy one but I am sure if it visits enough it will get used to the camera too. 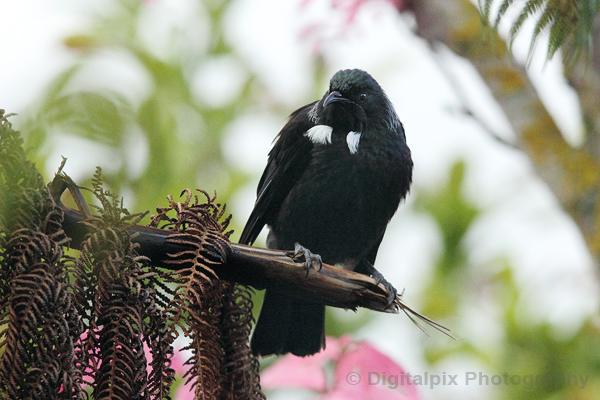 We also have a blackbird nest in the clematis bush. It is very hard to see inside the actual nest but judging by the constant coming and going of the two parent birds, I am assuming there are chicks in the nest now. It’s a shame I can’t get the camera in close to document their growth but probably a good thing from their point of view. They will be benefiting indirectly from the food that is being left out for the birds, and the new garden being dug – lots of worms about just now. 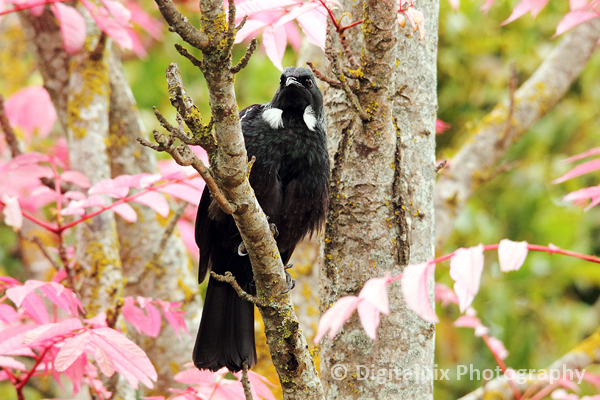