I have been going a bit stir crazy staying at home so much lately so it was good to get out for a short time with the camera today. We headed down to Petone Estuary where the time was way out and the birds pretty much went with it. I did get a few shots of the white-faced heron but they will be the subject of another post.  What I did manage to have some fun with was the flax bushes, or rather the tui feeding on the flax flowers! There were about three or four tui flying about, singing to each other and feeding on the flax flowers. None of them like me all that much but if it meant leaving the food they just weren’t prepared to do that to get away from me. I kept a reasonable distance, I had a long lens after all, and I shot a whole heap of photos in a very short space of time. 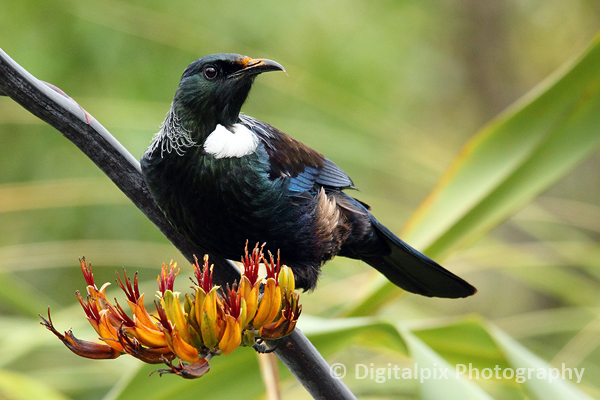 When I got back to the computer and was able to look at the photos, all I could say was “Wow!”. I have so many awesome shots that I didn’t know which ones to pick for this post. There are some blurred ones also but the tui move really fast so that was bound to happen, however the good to bad ratio on this shoot has me really happy! 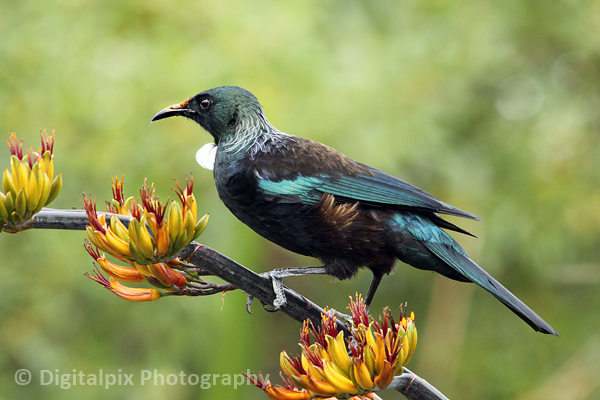 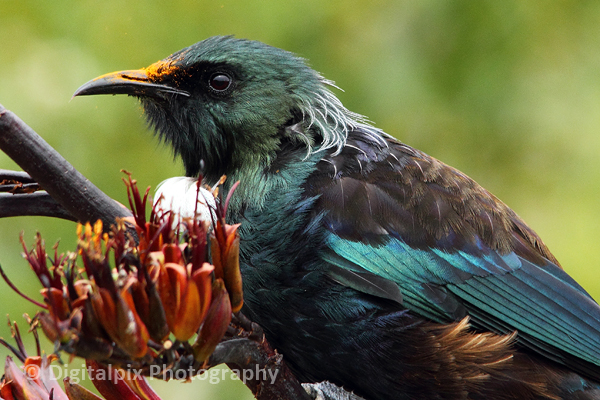 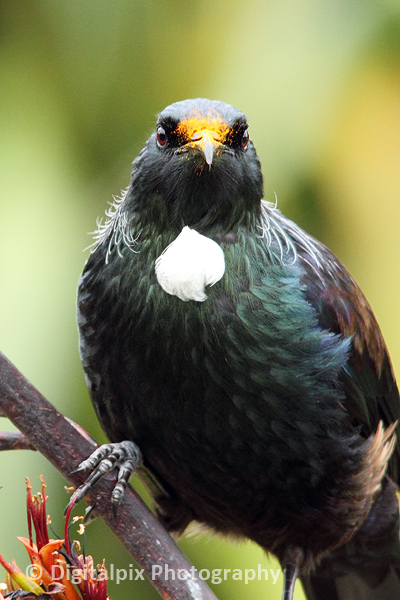