The weather wasn’t great, the sky was gloomy and the wind was cold but we decided to go to the zoo regardless. There are lots of changes happening at the zoo since I went last. The first of which was a little blue penquin where there was usually an otter. They are in the process of changing many of the enclosures and from what I can see there is going to be lots of walk through exhibits coming. I am looking forward to being able to photograph the birds and tamarins from inside the cage! 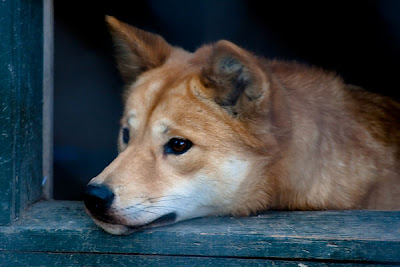 This sad looking fellow is a dingo. I don’t think I have ever seen dingos at the zoo before so perhaps they are also something new. Just after I shot this image a chicken ran past the side of his enclosure – he became very alert after that. The chicken was lucky it was on the other side of the fence. 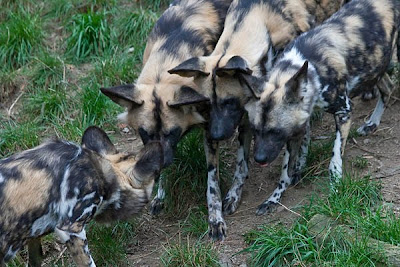 We were at the zoo early and many of the animals were waiting to be fed. The wild dogs were pacing back and forth at the front of their enclosure. Thankfully there is a platform above to view them from and I could shoot this little standoff without the cage wire getting in the way. 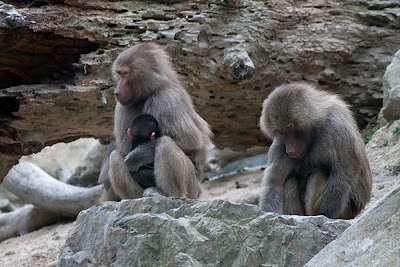 The baboons were all sitting up close to the viewing glass – right up until they saw the camera. Then they all got up and headed for the hills. We wondered if perhaps they associate the camera with flashing lights that hurt their eyes. I don’t use flash at the zoo but I imagine many people do. Whatever the reason they did not like the camera being pointed at them.