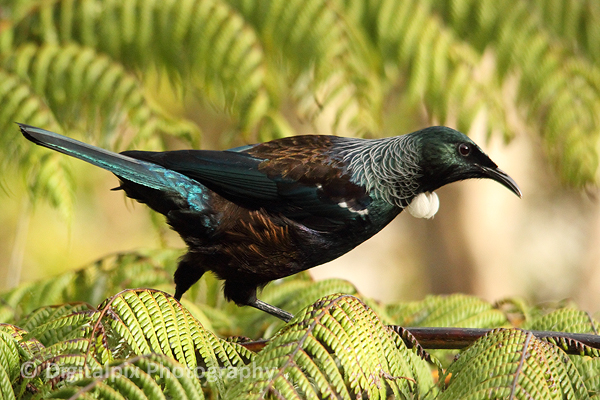 Today I have been pretty busy and hadn’t planned on picking up the camera. However I went through the usual lunchtime routine of feeding the birds and opening the doors to the garden so I could see and hear the birds while I worked.  I really enjoy the sound of the bird song while I am tapping away at my keyboard.  It wasn’t long before I head an unfamiliar chirp. I turned around and there on the ferns were a pair of greenfinches. 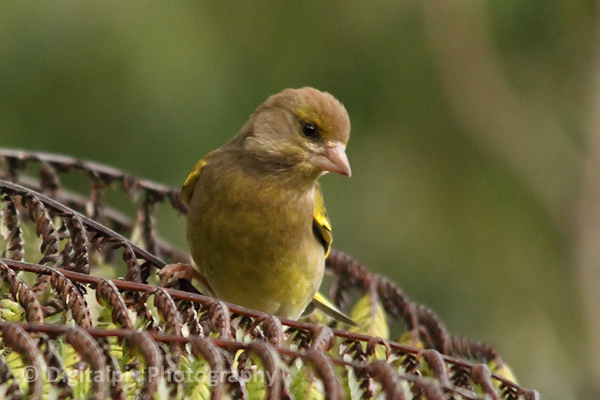 I love the bright yellow colours, the male bird being brighter than the female.  I managed to pick up the camera and take a few shots of them before they disappeared back into the trees.  I haven’t seen them since but I have hung some millet out in an effort to encourage them to visit more often. It was about this time that my cell phone rang so the camera was put down and I headed off to the kitchen with the phone and made myself a cuppa while I chatted to one of our sons. 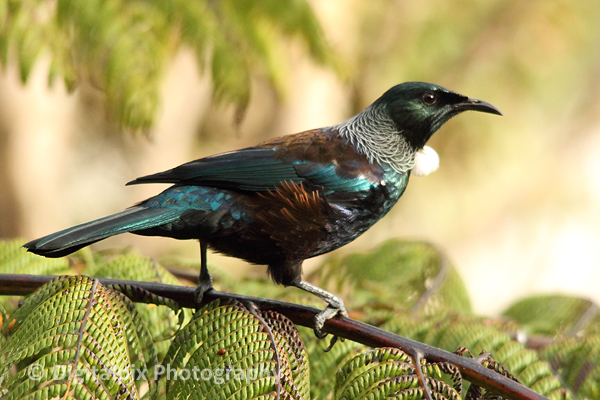 On returning to my office, phone in one had (son still talking) and cup of tea in the other, I saw that the tui had gotten really brave and was sitting on the fern about 2 metres away from me.  I carefully put down the cup, reached for the camera, all the while continuing the conversation on the phone and took a couple of shots of the tui before he too disappeared into the trees. I just wish I had the time to adjust the settings so I could get more of the tui in focus. 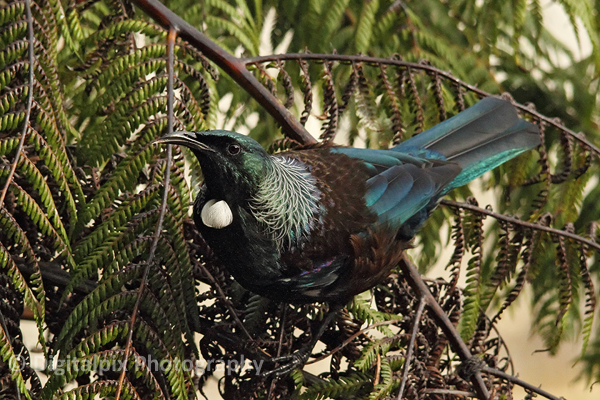 As I was writing this article I head a swoop of wings and to my surprise the tui was back and again so so close!  I am wondering if this isn’t a different tui because he isn’t going through the usual routine that I am used to.  Imagine my excitement when the sun also chose that time to shine!!  Today was one of the good days! 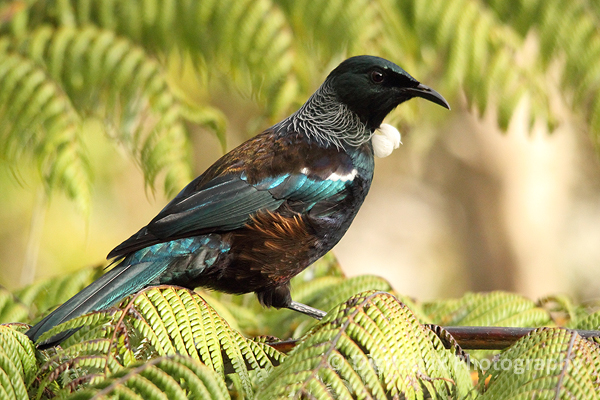 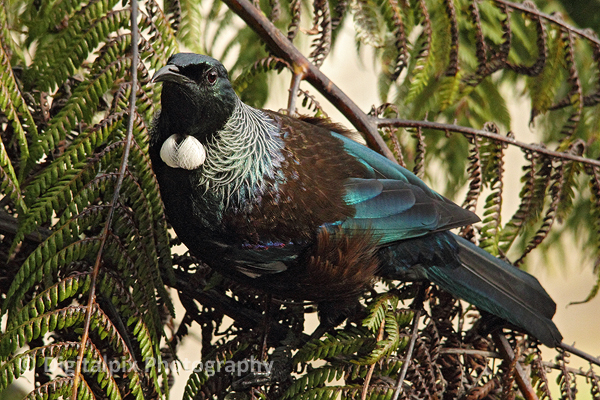