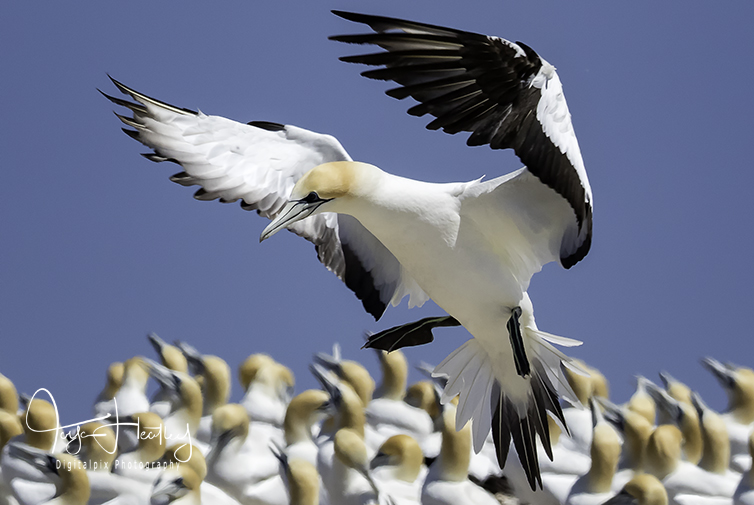 It has only been a year this time since I was out at the Cape Kidnapper’s gannet colony, but I wanted to try and get some images of smaller chicks and hopefully some eggs. I was a bit late for the eggs, there were only a few unhatched eggs in nests and they were not on show that much. 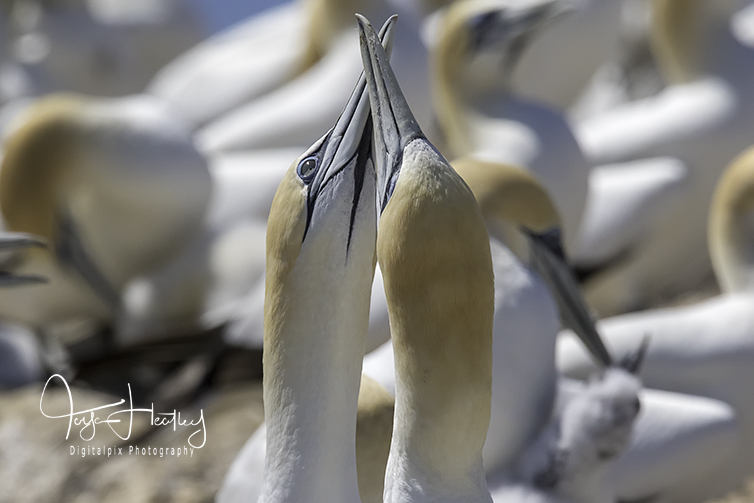 Myself and two other photographers went out of the morning bus with Gannet Safaris and stayed out with the gannets until the afternoon bus came.  It was extremely hot, very little wind and a little frustrating in that I didn’t get the images I set out to get because of the timing.  I should have been there a few weeks earlier. 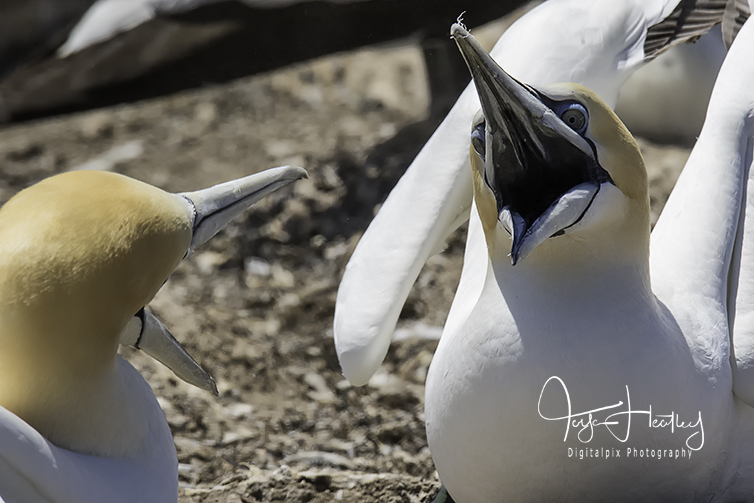 Instead, I spent my time looking for different behaviour shots.  There were a few single birds around the outskirts of the colony and there was never a dull moment watching them.  Lots of squabbles, the odd vicious attack and every now and then some really nice moments. 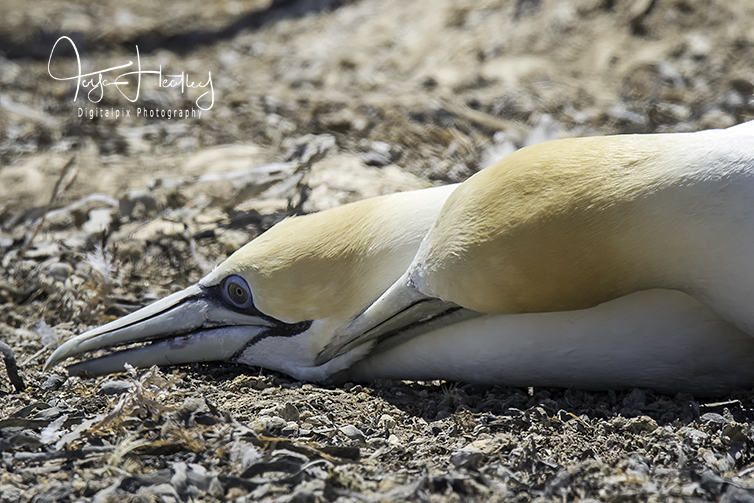 I enjoyed watching the nesting birds standing above their chicks to create shade for them, doing their housework by cleaning the nests and tossing out the rubbish, and of course feeding the chicks. It is a very busy colony with all the comings and goings. 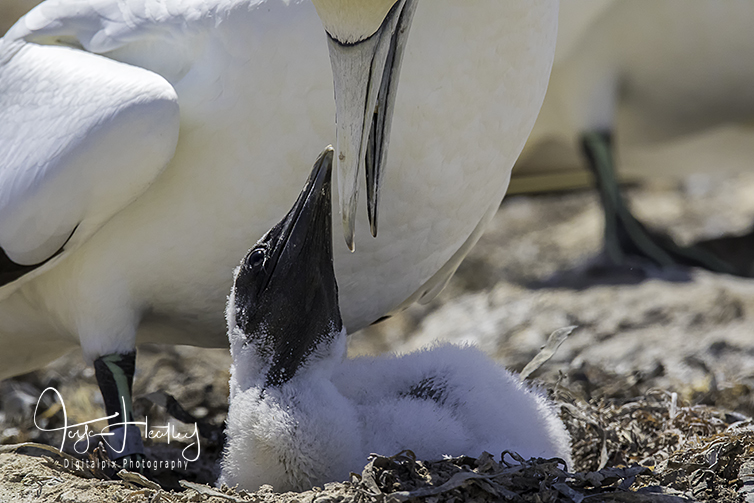