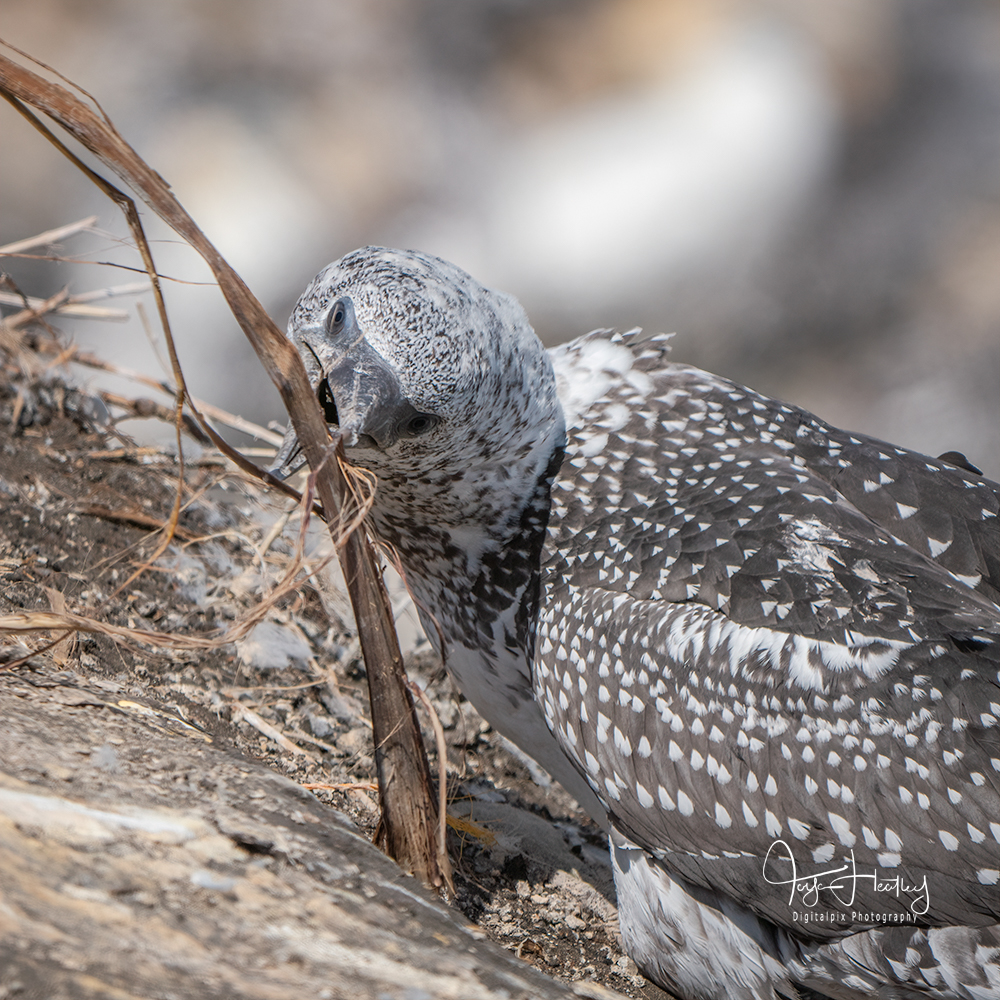 The Australasian Gannet’s breeding season is almost at a close.  There are still some adult birds in the colony feeding up their chicks so they are ready for their great journey to Australia.  Some who have hatched late in the season still with their fluffy white coats, stand out among their peers with their juvenile black and white feathers.  Each chick will be fed by their parents until they are approximately a kilo heavier than the parent bird, before leaving them to make their journey alone.  This is to allow the chick to gain sufficient fat stores to carry it over until it reaches the Australian shores.  Once they take flight for the very first time, they don’t stop until they reach their destination.  How do they know where to go? Who knows…  They just do.  After three years, those who have survived will return to New Zealand to find their own mate and raise their own young.  As I stood watching the juveniles stretching their wings and flapping them in the winds, I witnessed a few take off and leave.  They did not circle back like the adult birds do, they just headed out to see and were gone.  A special moment that I will remember. 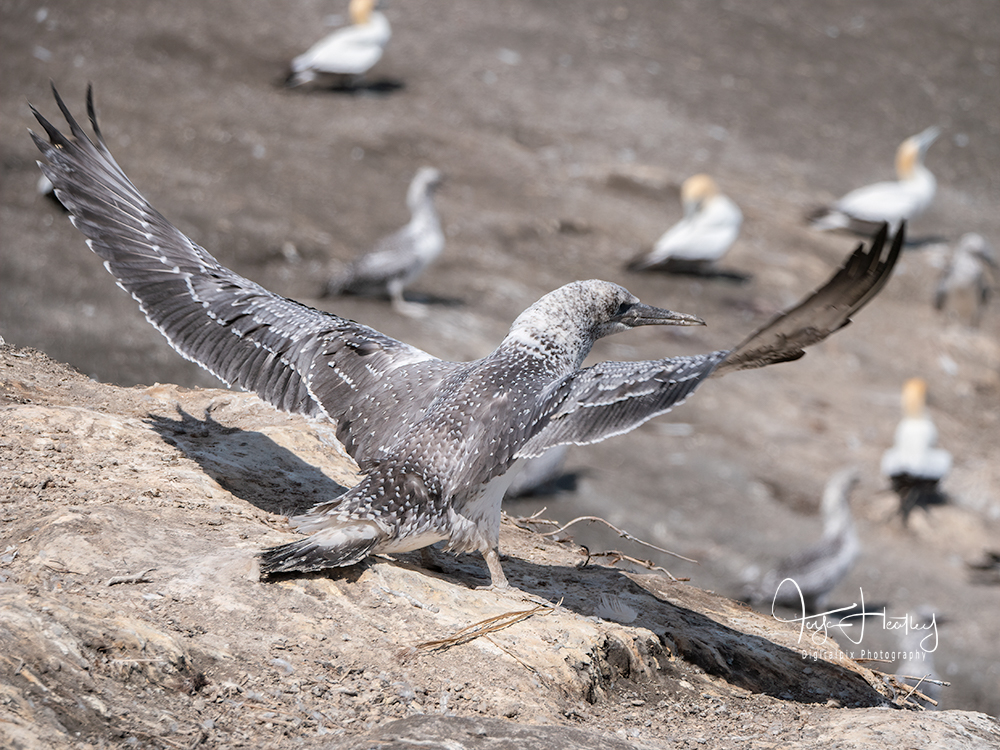 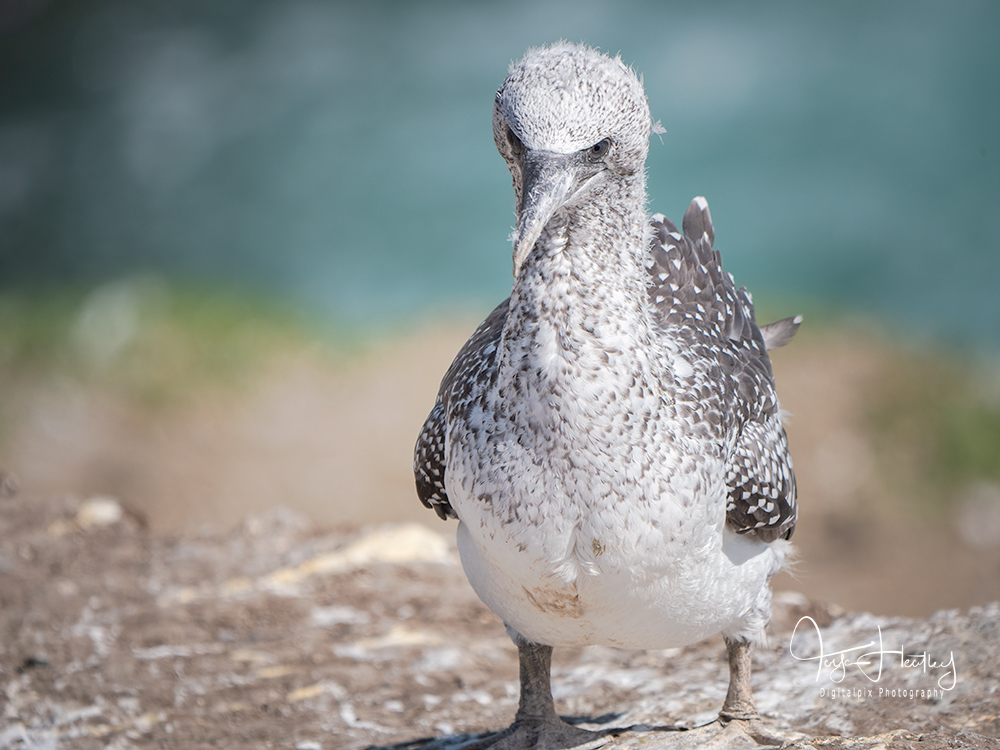 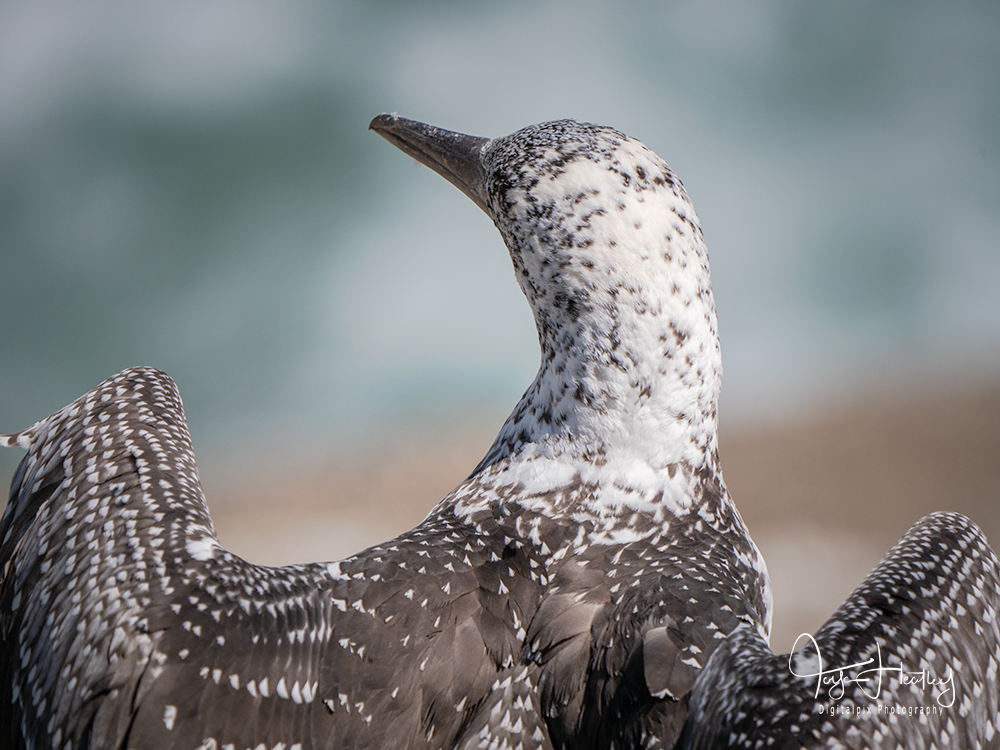 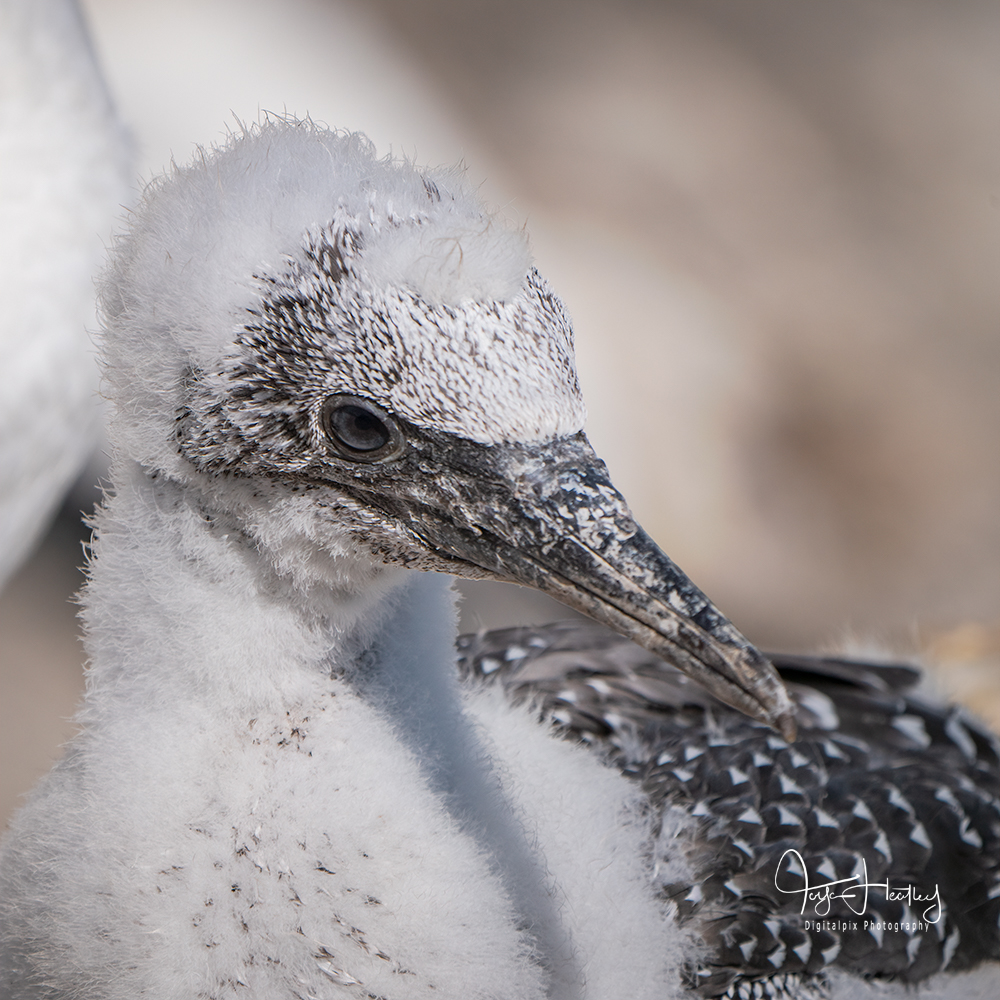