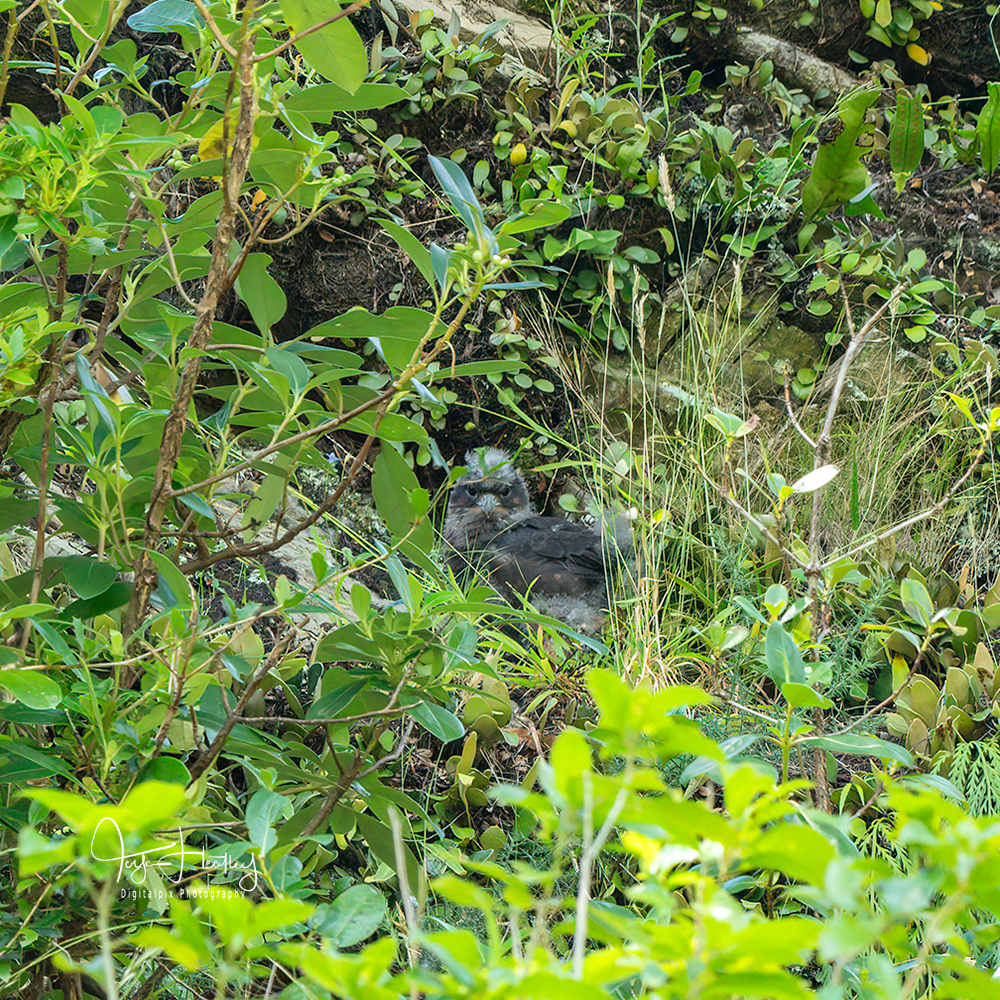 Christmas is nearly here and everyone is super busy.  Crazy how that happens for such a short space of time when you would think we would all be relaxing.  Amid the chaos I headed back up to the falcons for a little bit of quiet camera time.  When I arrived at the park, I had my first taste of the type of freedom campers who assume there are no rules and have that don’t care attitude.  They had parked along side the main road through the park and spread out their table and chairs ON the road.  When I was driving up to the falcons to park in the upper camping area the road was blocked by them having lunch. You would think they would realise their mistake and move but no, I had to inch my way around them with my large vehicle while they sat and laughed.  Later on one of them walked up past us with a dog off its lead (there are clear signs saying dogs are welcome ON a lead) and told us we shouldn’t be sitting where we were! Until now, all the people I have met camping up at the park have been friendly and polite but this group really let the side down big time! (sorry, rant over) 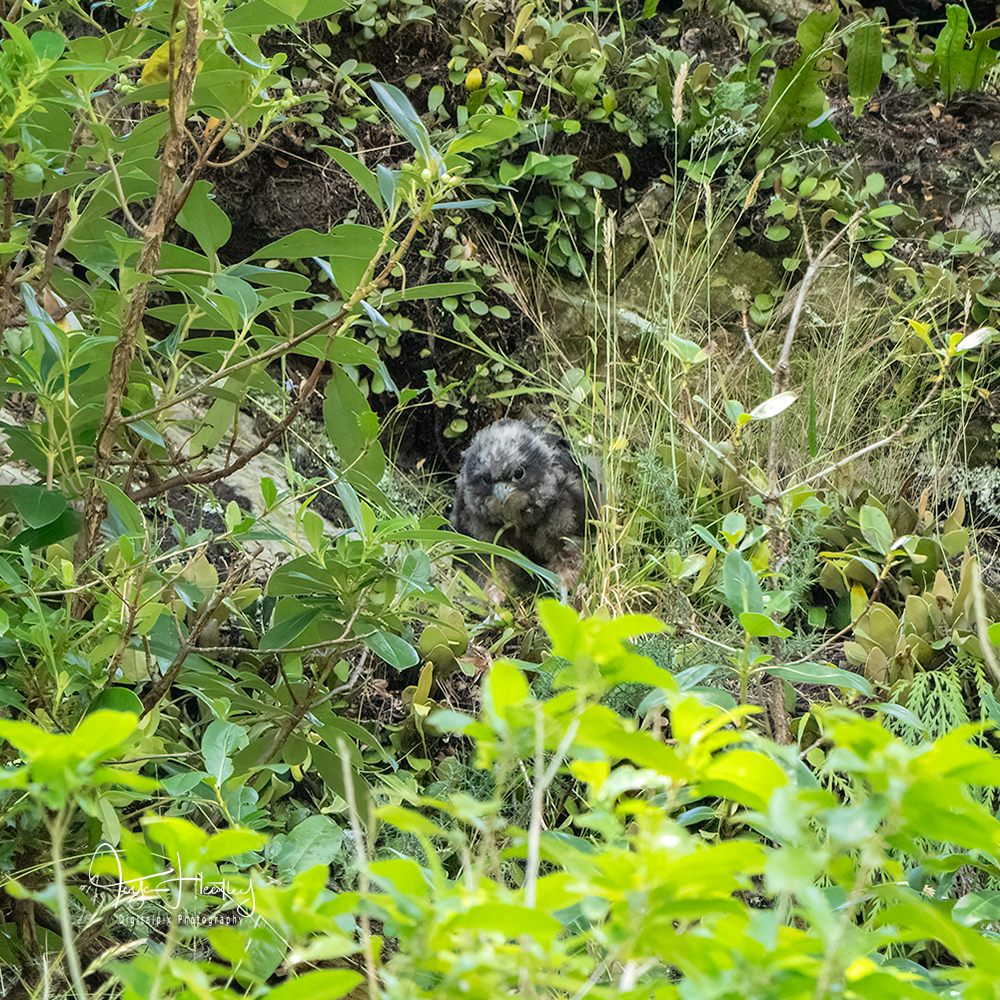 Anyway as it turns out yesterday was THE day!  After weeks of visiting and photographing the two parent birds I finally got to see one of the chicks. It popped its head up through the scrub and spread its wings.  I really have to stop rushing to get the shots because all the ones of the spread wings are out of focus.  I did however get two shots of the chick in all its cuteness.  We can see there are many feathers among the fluff now and when it spread its wings you could clearly see the striped markings on the underside. 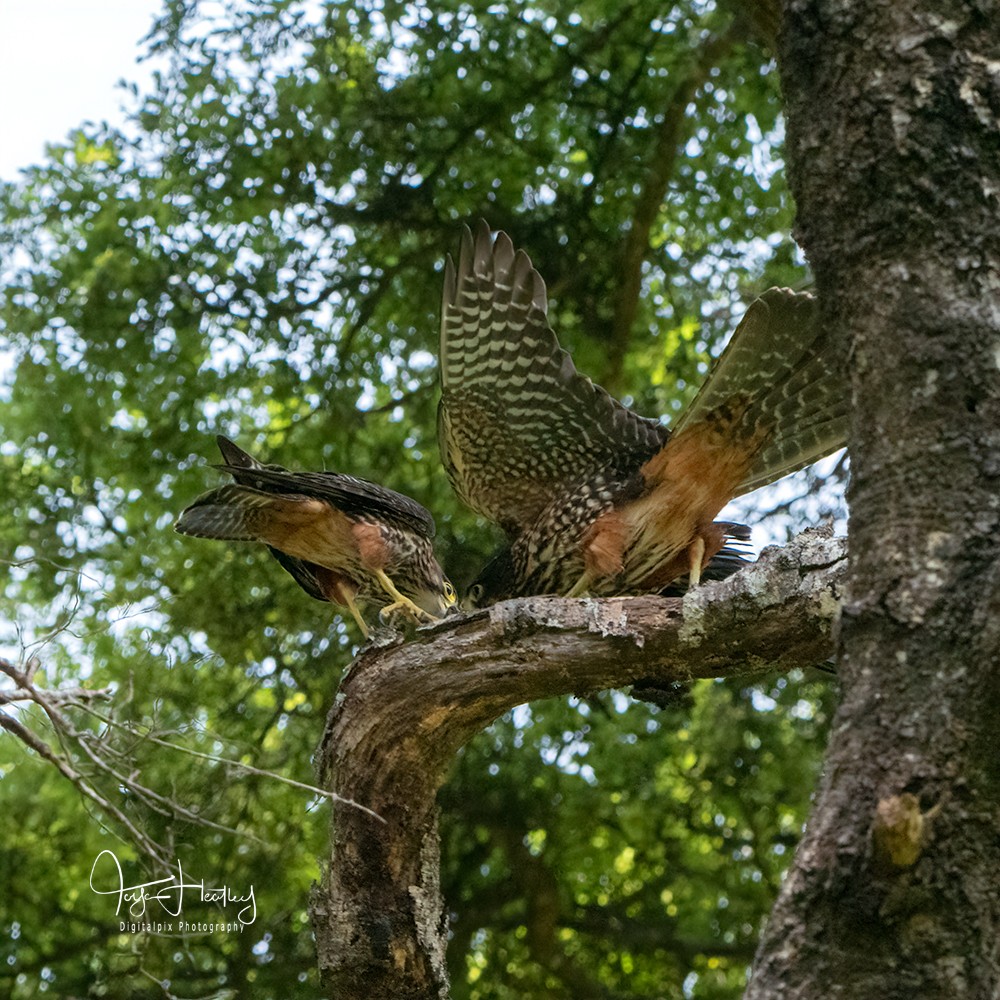 While I was there the male flew in with a kill and handed it over to the female, who in turn took it straight to the nest and stayed there.  The male sat above watching and waiting. He squawked a few times and was ignored, so he flew off.  Within minutes he was back with another kill. He sat in a branch above the nest and quietly consumed the entire meal.  A dad’s gotta eat too!  Weather permitting I am going back to sit with this family to capture images of them as they grow, so watch this space!  Safe holidays everyone! 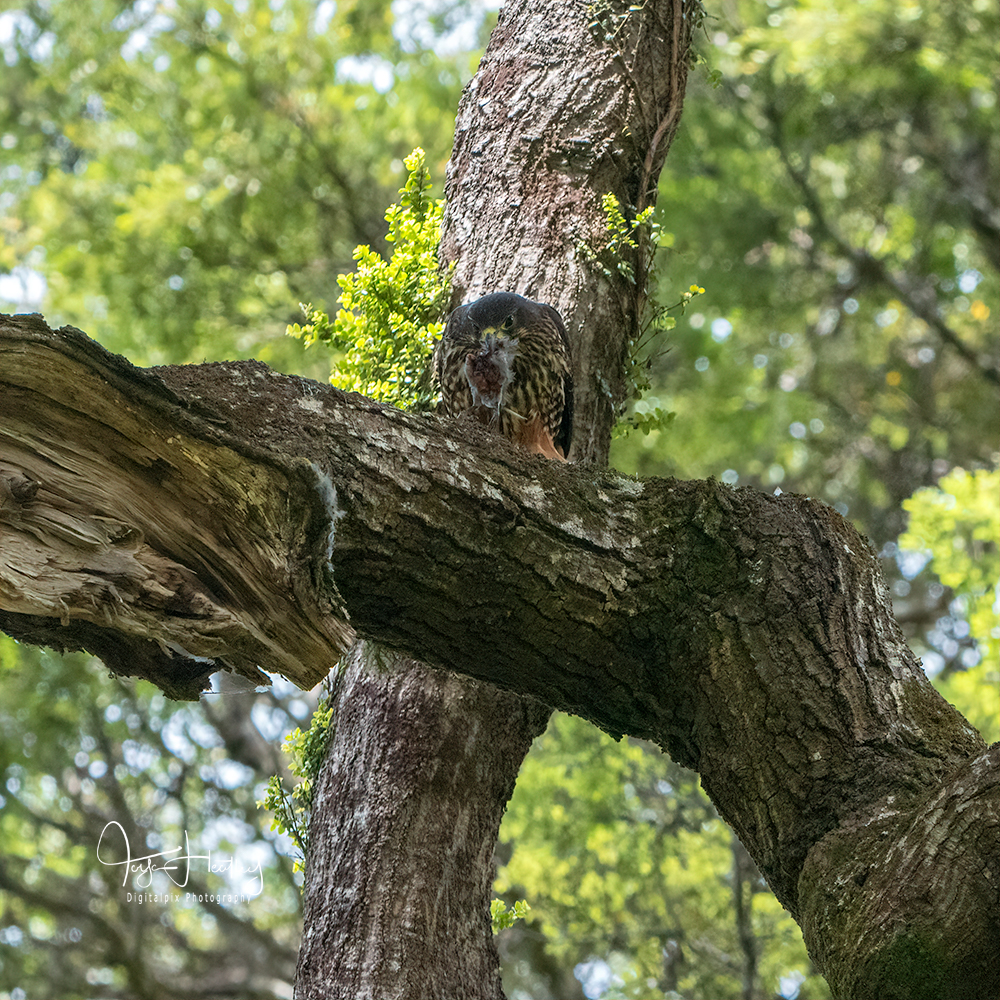