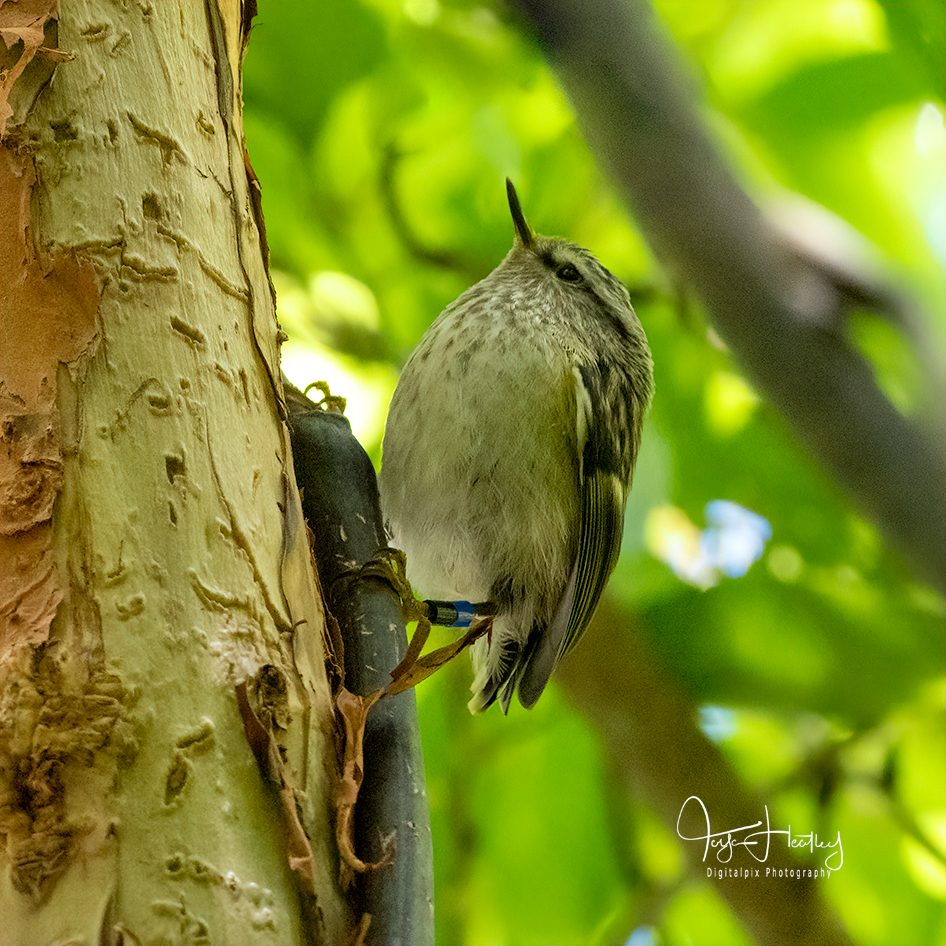 Finally I have found the tītipounamu!  For several months now I have been visiting Zealandia looking for the tītipounamu and until today I hadn’t seen a single one.  Today I was determined, so I took myself to a spot where I knew they had been seen before and waited. I saw a robin fledgling in the distance being fed by its parent – too far away to get a shot of.  Then I heard them.  Looked to where the sound was coming from and to my surprise they were right above me! [Update: I reported the sightings and provided photos to the Zealandia conservation team and they have confirmed that the tītipounamu that I photographed are fledglings from two different families, obviously happy to hang out together] 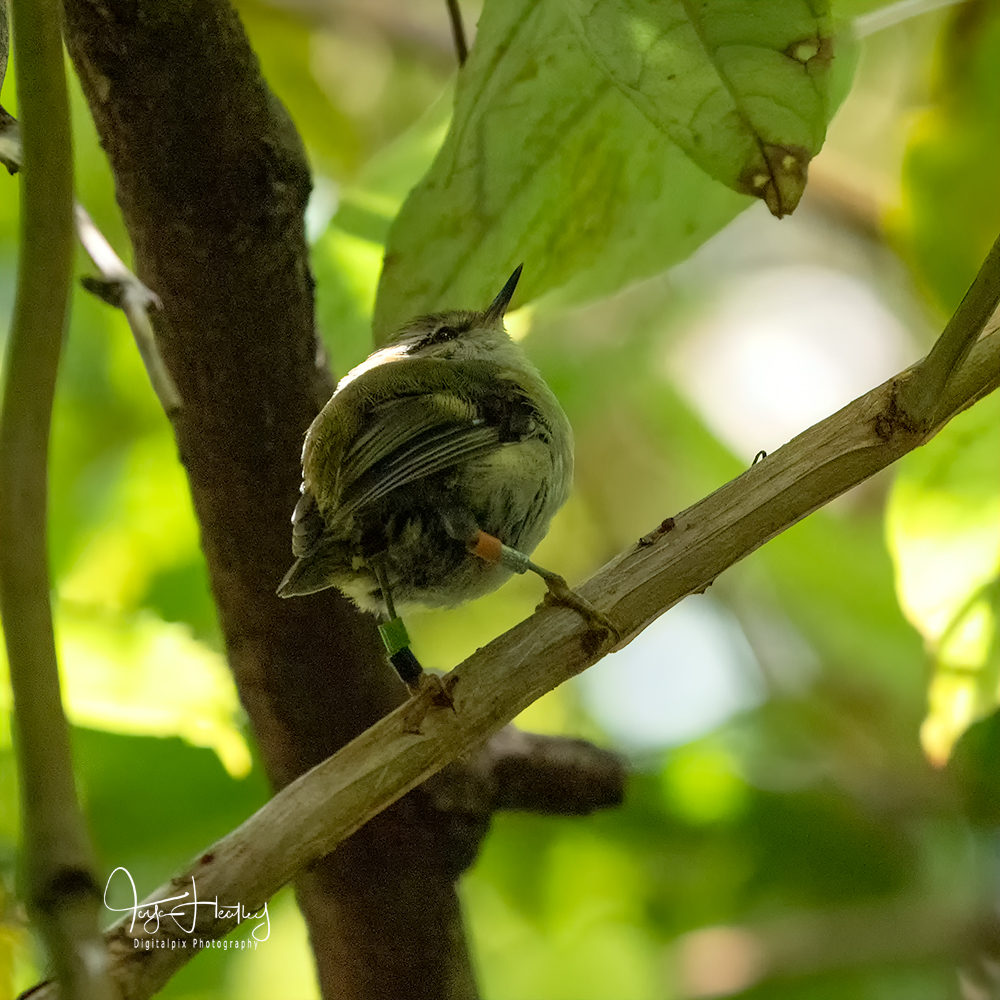 The images are not great because I only had a few seconds to react before they were moving on again.  Now that I know what they are like I will have the camera ready for them next time.  On the way down there a Zealandia volunteer kindly pointed out a kereru that was sitting on a nest in a very photogenic pose. Not being one to turn down an opportunity, I turned and captured a few images. 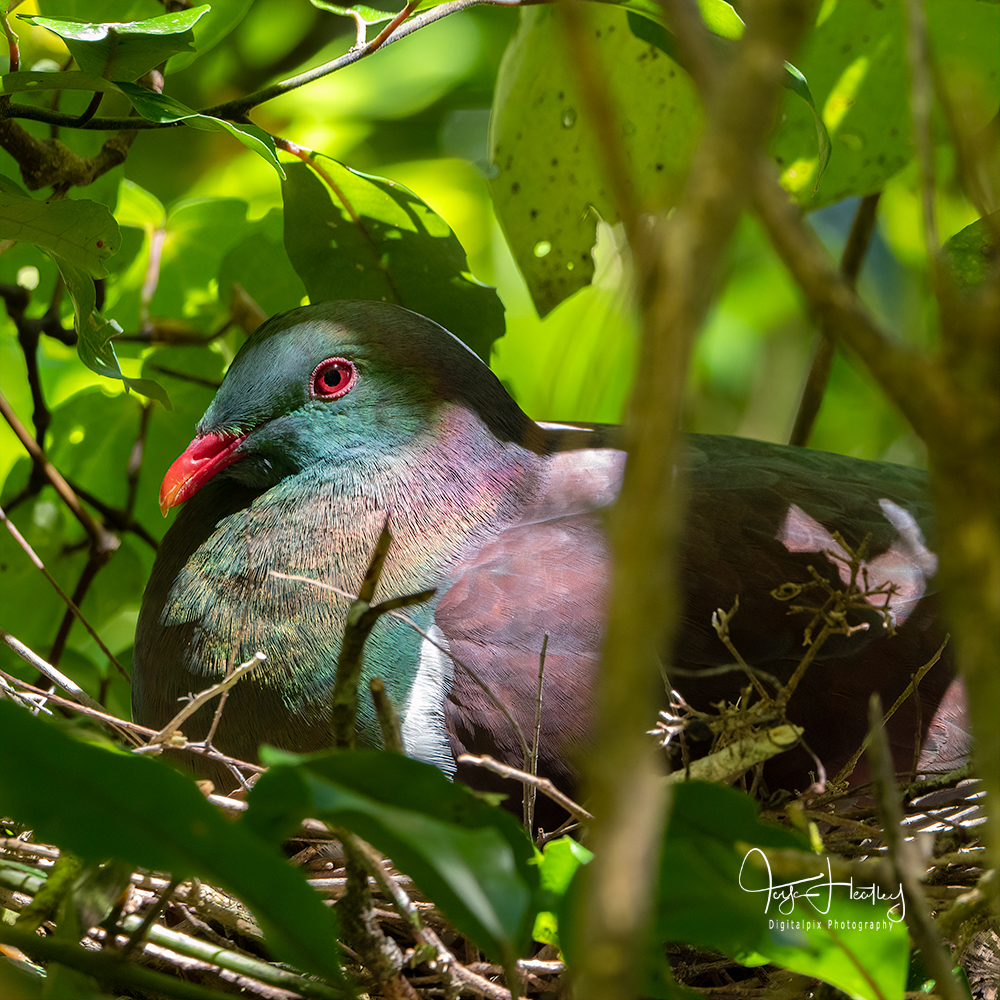 We also stopped at the bellbird feeder where the resident bellbird was doing his best to keep all the hihi away. Seems to be the same story different day at this particular feeder but I am always able to capture images of the bellbird when he is on guard duty. 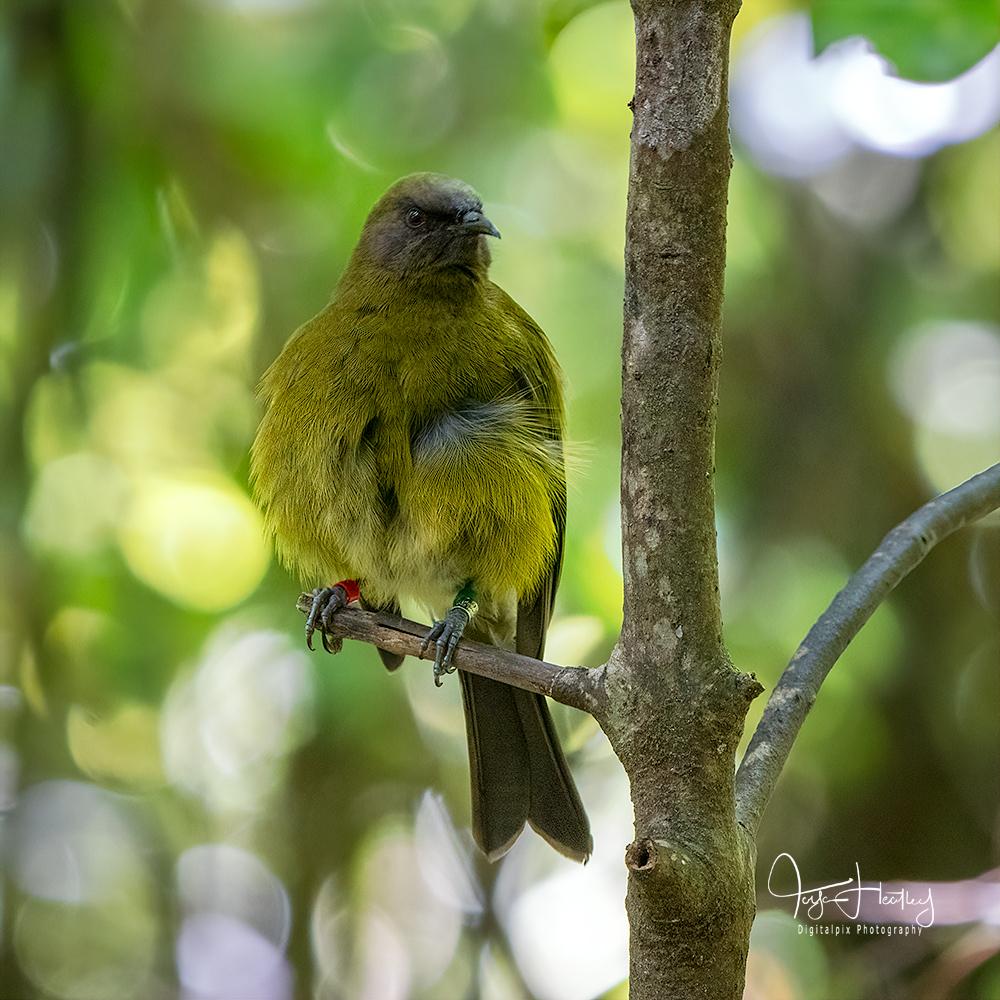 Overall it was a pretty good day at Zealandia.  The weather was nice, the birds were active and I ticked another bird off my list 🙂 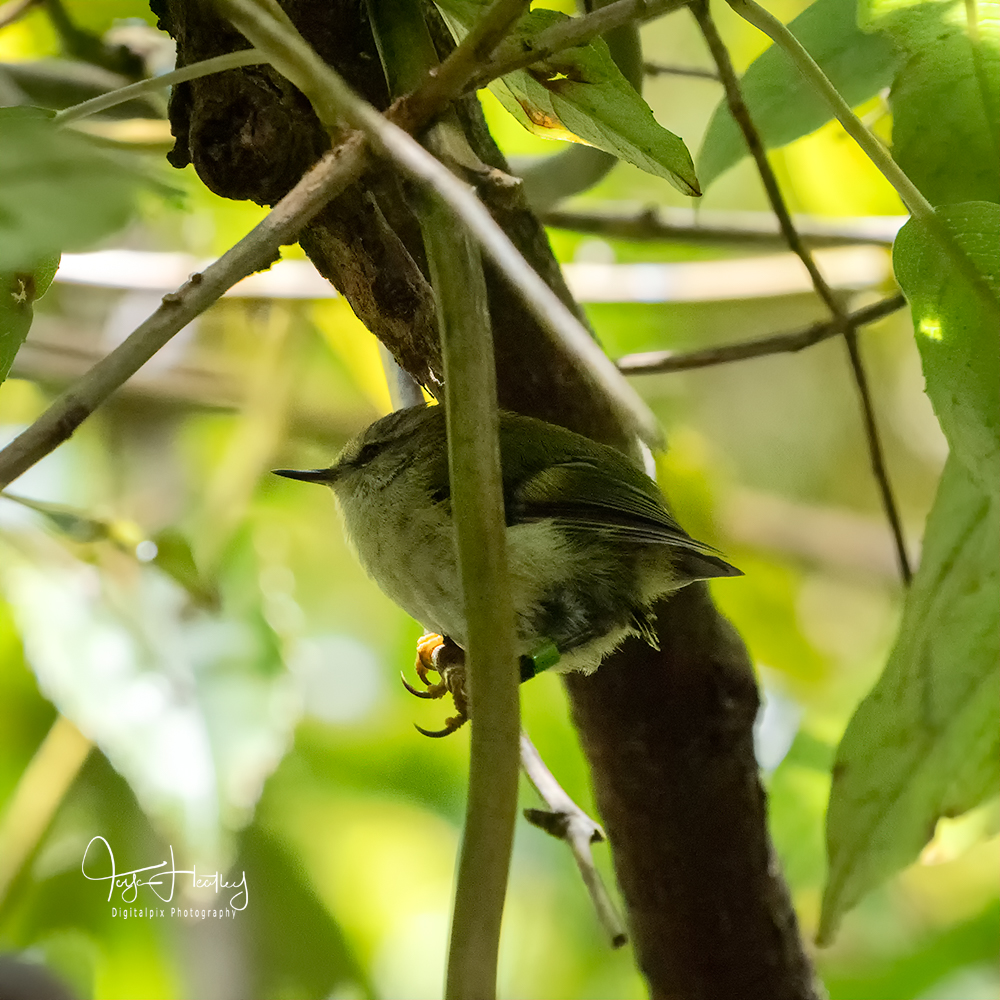 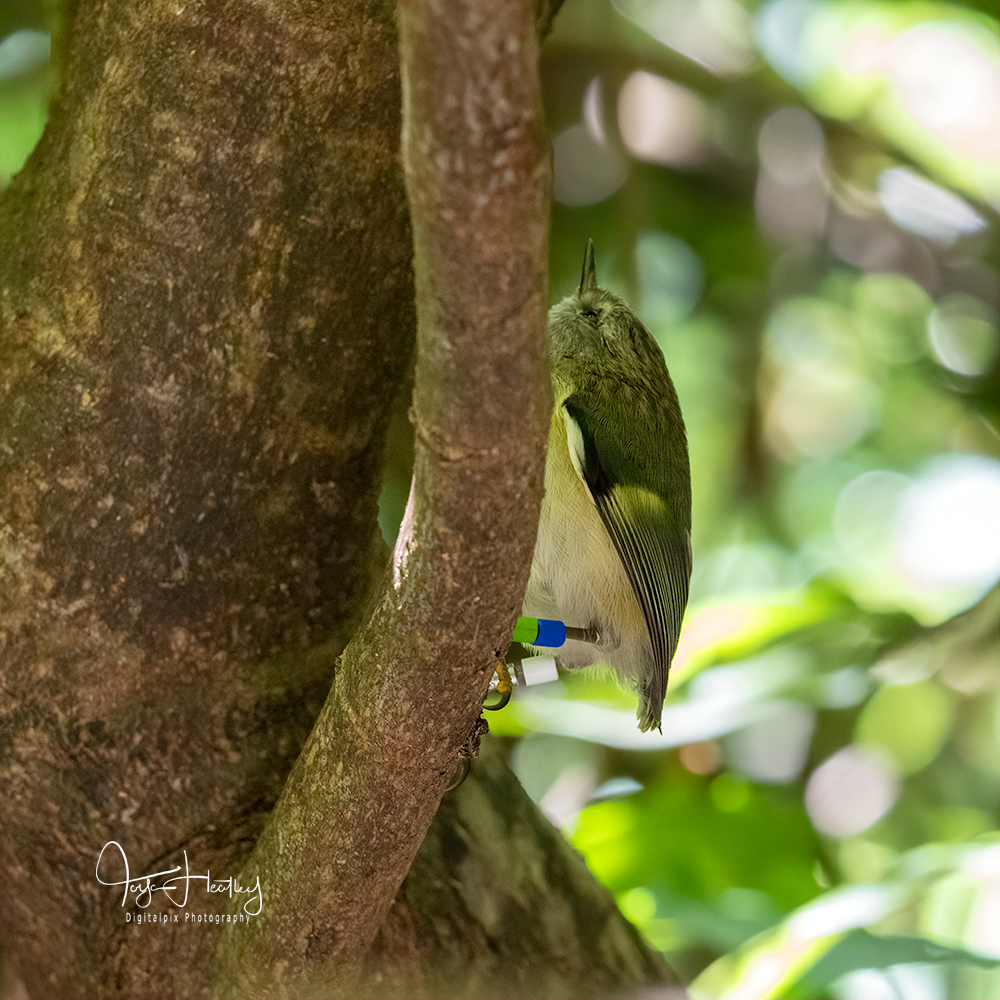