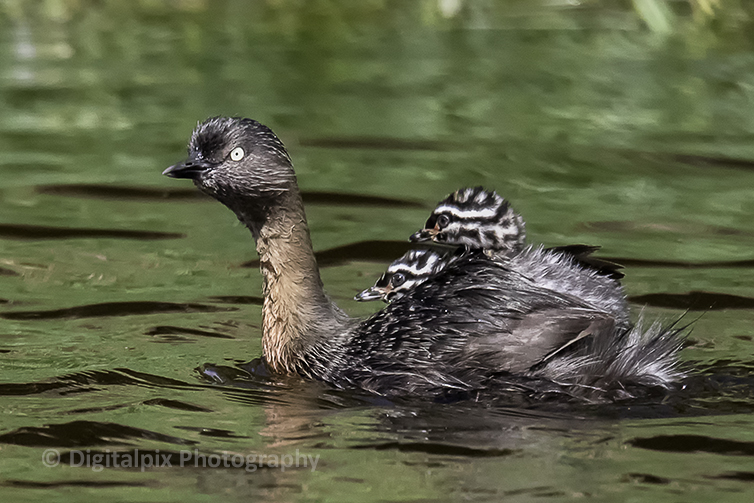 I arrived to a quiet empty pond this morning, low cloud and a little wind.  The dabchicks were no where to be found.  I settled myself down into a place amongst the flax bushes and waited.  I actually waited two hours before they showed themselves so kept myself occupied photographing so of the other wildlife at the pond, not that there was much at that time of day. 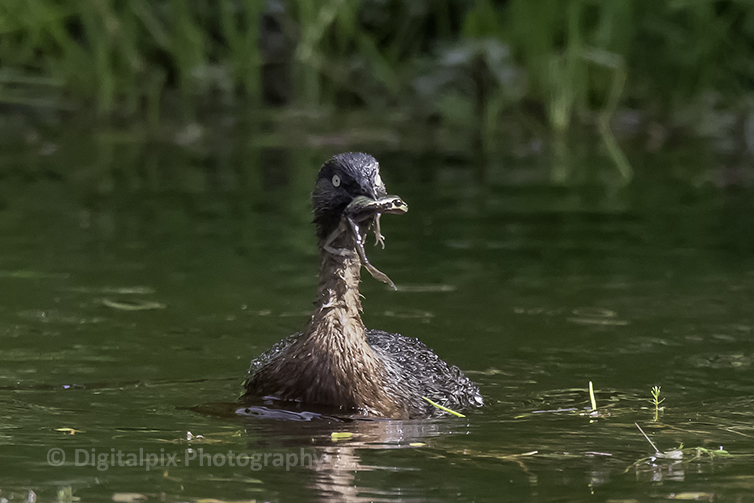 The chicks are getting bigger and its starting to get somewhat crowded on mum’s back. They are also starting to dive for their own food some of the time.  They are still being fed by their parents, however the food on offer is somewhat larger than before. I watched as they were offered bits of large tadpoles and even small frogs. 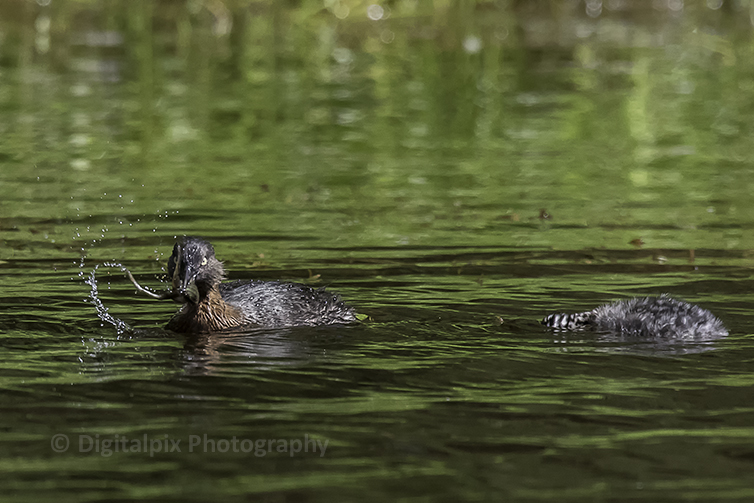 One of the things that will scare off the dabchicks (other than over enthusiastic young humans with cameras), is the shags.  They would like nothing better than a feed of baby dabchick and they were certainly on the lookout this morning.  This one came up real close to me and gave me a bit of a fright – I wasn’t expected it to pop out of the water right in front of me. 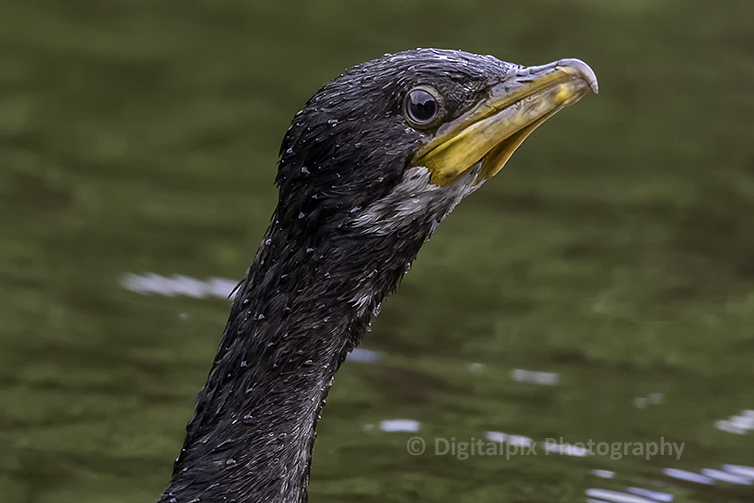 There were also lots of damselflies around where I was sitting.  Most of them were way too close for my lens to be able to focus on them, but there was one branch that was just perfect and I managed a few images of them there. 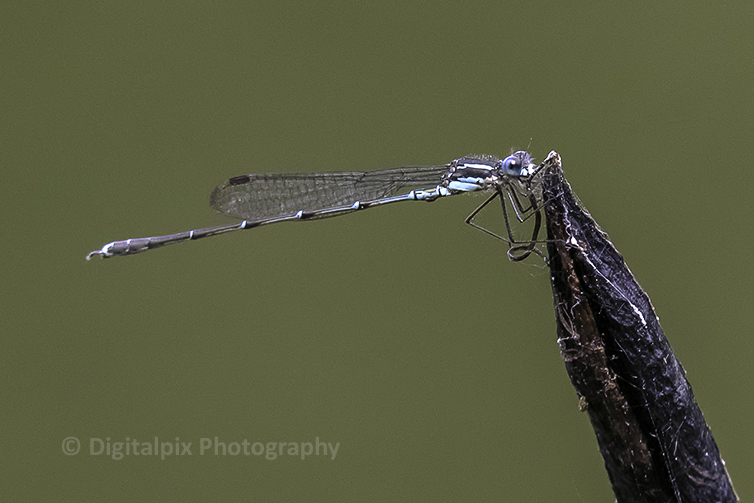 It will be at least a week before I head back to the dabchicks and I suspect they will be almost twice their size by then.  I am enjoying following their growth and hope that they both survive another week. 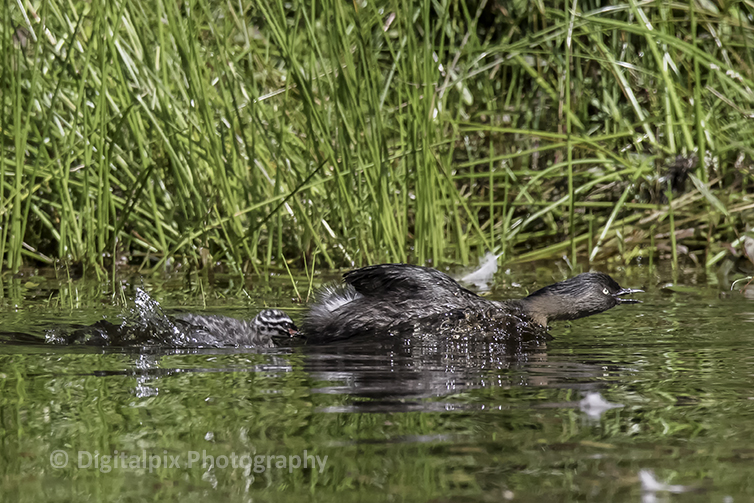