This morning at the beach I was alone.  Not another photographer in sight for almost all the time I was there.  One did pass by briefly and waved but he didn’t stop more than a few minutes.  The kingfishers were also enjoying the quiet.  I had five of them above me for most of the morning and all of them were attempting to get them some crab for breakfast.  Not all of them succeeded. 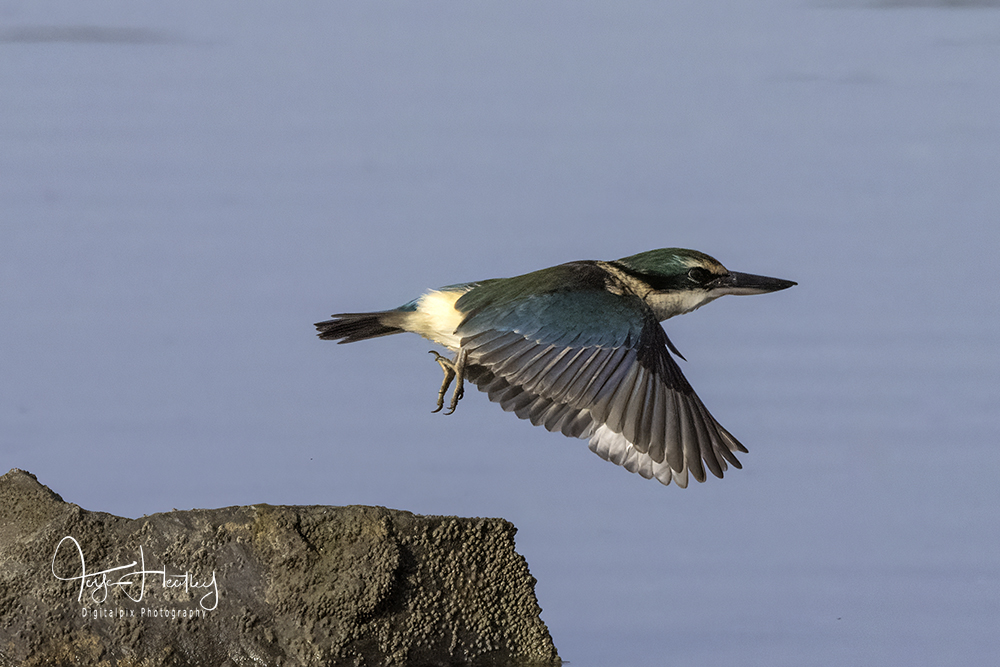 When I am photographing kingfishers I find I have choices to make with the settings on my camera.  Do I want stationary birds? Or do I want to capture them in flight or diving? With the stationary birds I can quite easily capture them with the ISO down low and the shutter speed not to fast, but if I want them in flight things change.  Kingfishers move faster than most of the birds at the beach, they are very quick. So I have to set the camera to cope with their speed. 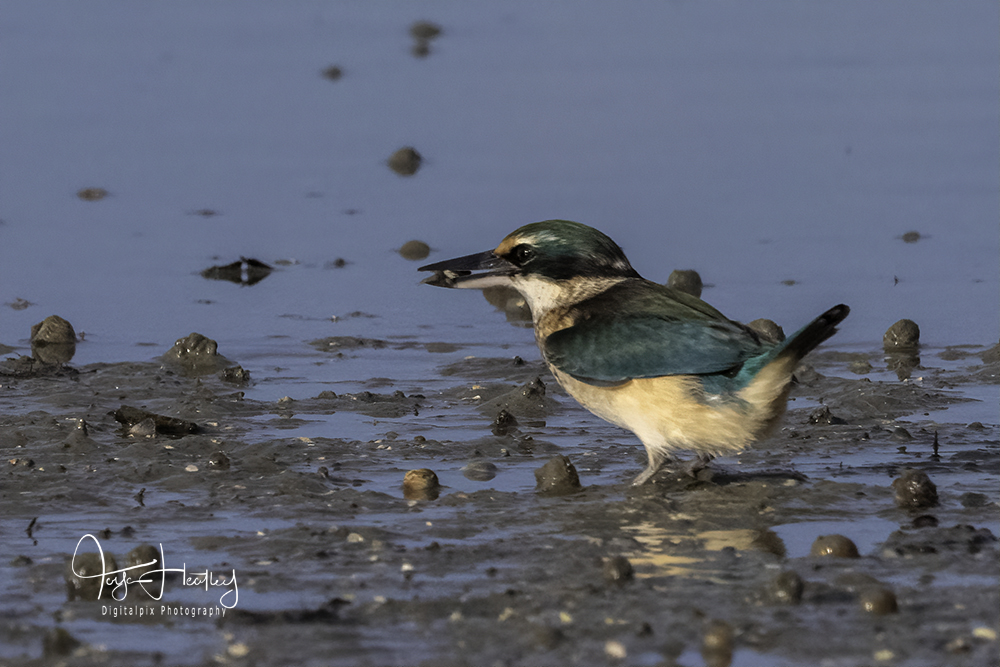 They are also very quiet.  If you are not looking, then they can often land right in front of you without your noticing.  This one (above) grabbed its crab while I was distracted with another bird.  I missed the dive but caught it on route to its eating spot.  When I am attempting to capture the kingfishers in flight I use aperture priority and have the ISO as high as it needs to be to give me a shutter speed of between 1/2000th and 1/4000th.  Anything less and you will not freeze their wing movement.

When it comes to them diving its not just about stopping their movement either. In a split second you need to focus on the bird as it hits the water and hope that it remains in focus as it takes off.  It would also be nice if it was facing the camera, not flying off in a different direction. In the image above I liked the reflection and the swirling water but unfortunately the bird was facing away and I only captured its back. It is images like this that keep me going back, I know I can capture the moment, I just need to be there FOR the moment.  There are a lot of misses before you get that one magic shot (of which this one is not).

On the next dive I had the kingfisher facing me just fine, but there were reeds obscuring my view.  I gave it a try anyway just in case I managed to capture it.  The practice is always good.  This morning it also hit me as to why I had not been overly successful focusing on the kingfishers when they were just coming out of the water after a dive.  I recently had focusing issues in the bush, so I had made my focus point as small as I could in the hope the camera wouldn’t get too confused about what I wanted to focus on. 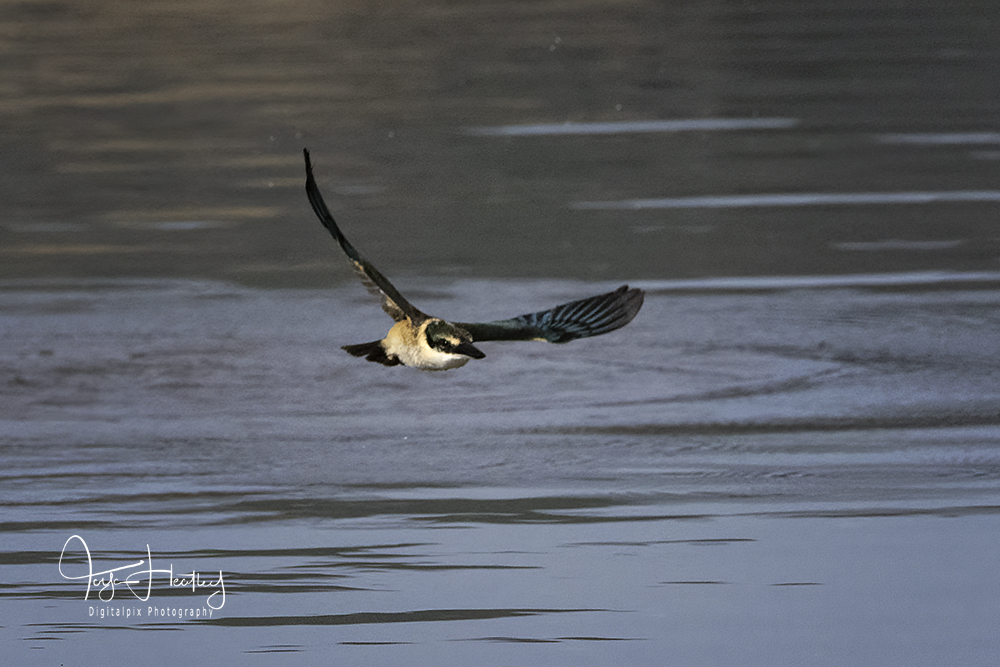 With the kingfishers I seem to need the focusing area to be a little bit bigger.  That way if I am not right on the spot, I will still get the water splash and with it hopefully the bird.  It worked well today so I will try it again on my next visit to the kingfishers. It’s just a shame it took me most of the morning to come to that conclusion, I have a lot of out of focus images going in the cull this afternoon.  Practice really does help with this type of photography and it has been a few years since I have given the kingfisher this much attention, so I need to be there as often as I can.