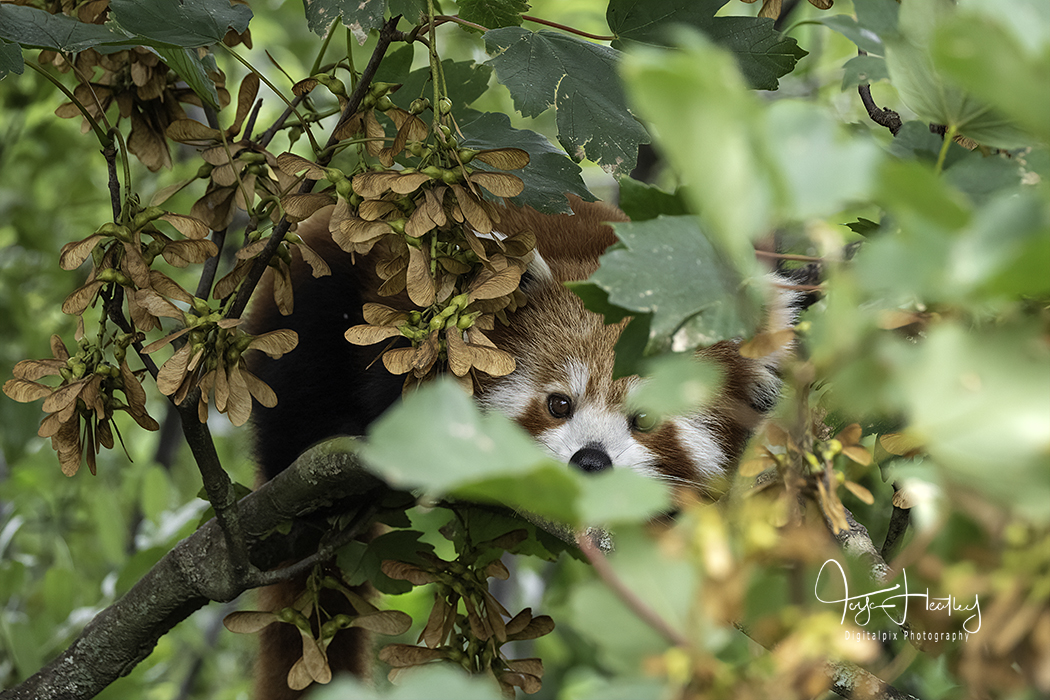 A few weeks ago now, we made a visit to Wellington Zoo.  I only just realised that I had not yet written up a blog to share the day’s images.  We didn’t walk around the whole zoo as I was more focused on certain areas and images that I wanted to capture.  It also gave me a chance not to overdo things with my feet.  We started out with the red pandas which I thought was going to be a bust at the start, then one of the zoo keepers arrived and started calling to them. 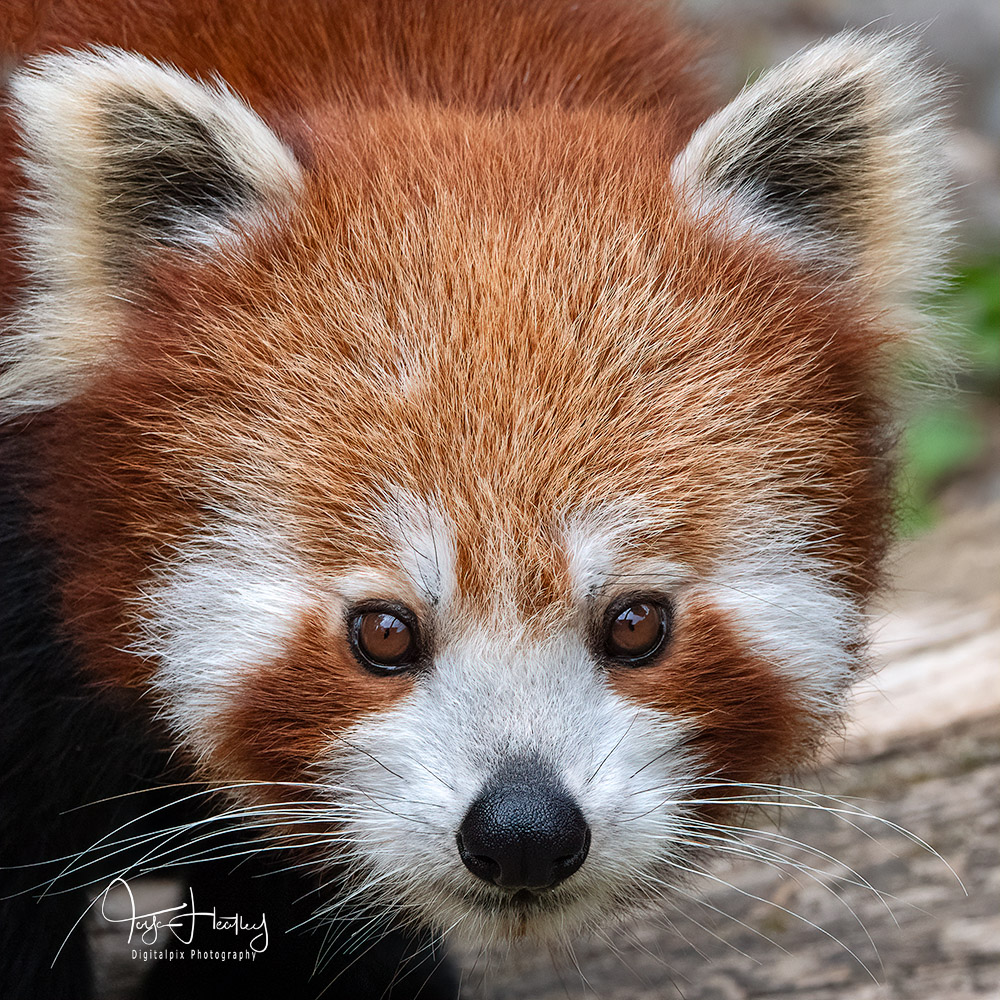 I was a happy snapper with one of the little red pandas doing circuits around his enclosure and stopping to pose for me from time to time.  I fired off a heap of shots without even stopping to check them.  Sometimes I just have to stop myself from continuing on when I have already captured all the possible images I could in that circumstance, so eventually I dragged myself away and moved on to the chimps. 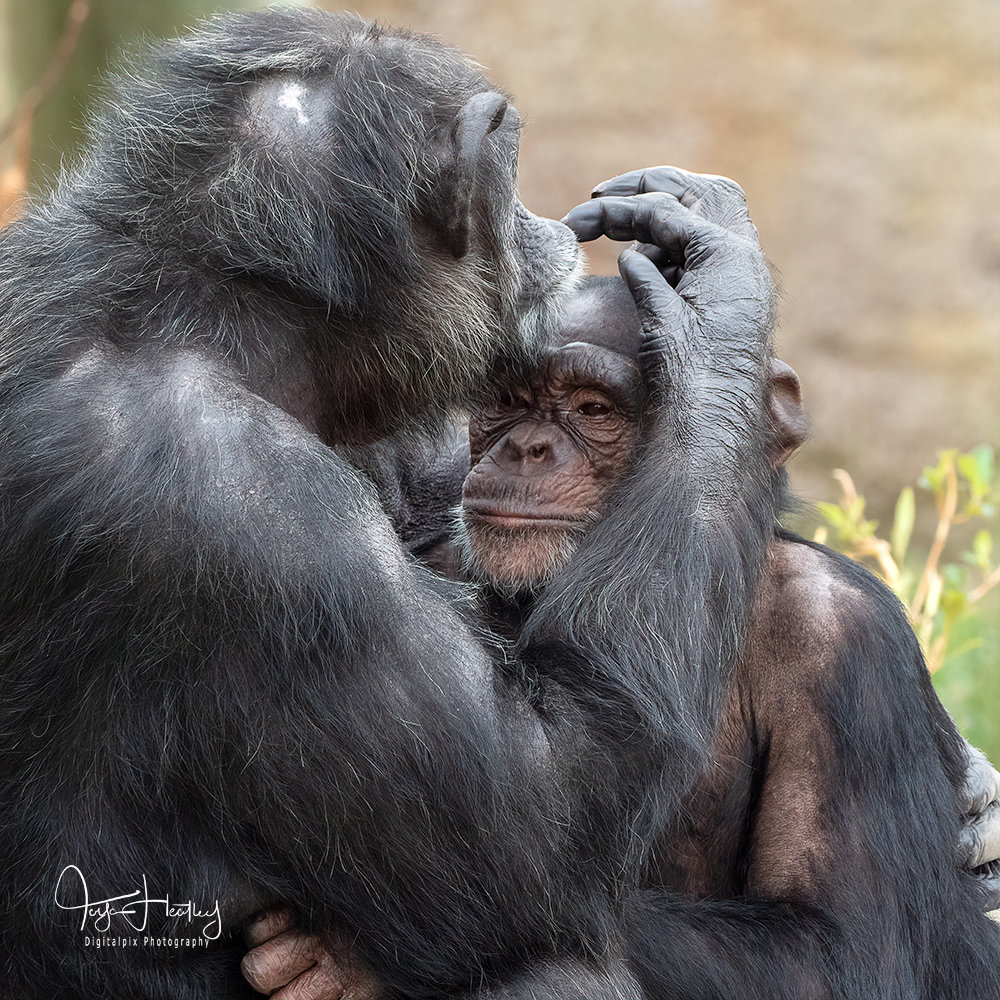 This is one of the spots I wanted to spend plenty of time at.  The chimps have such expressive faces and their antics are always fun to photograph. At one point there were a couple getting all cosy and kissy kissy with each other.  It was a behaviour I had never seen before and I was totally fascinated by them. It was one of those times when I really wanted to be able to take a few steps to the right to get a better angle. That just wasn’t possible so I made the best of the situation and again fired off continual bursts.  Lots of culling ensued when I got home. 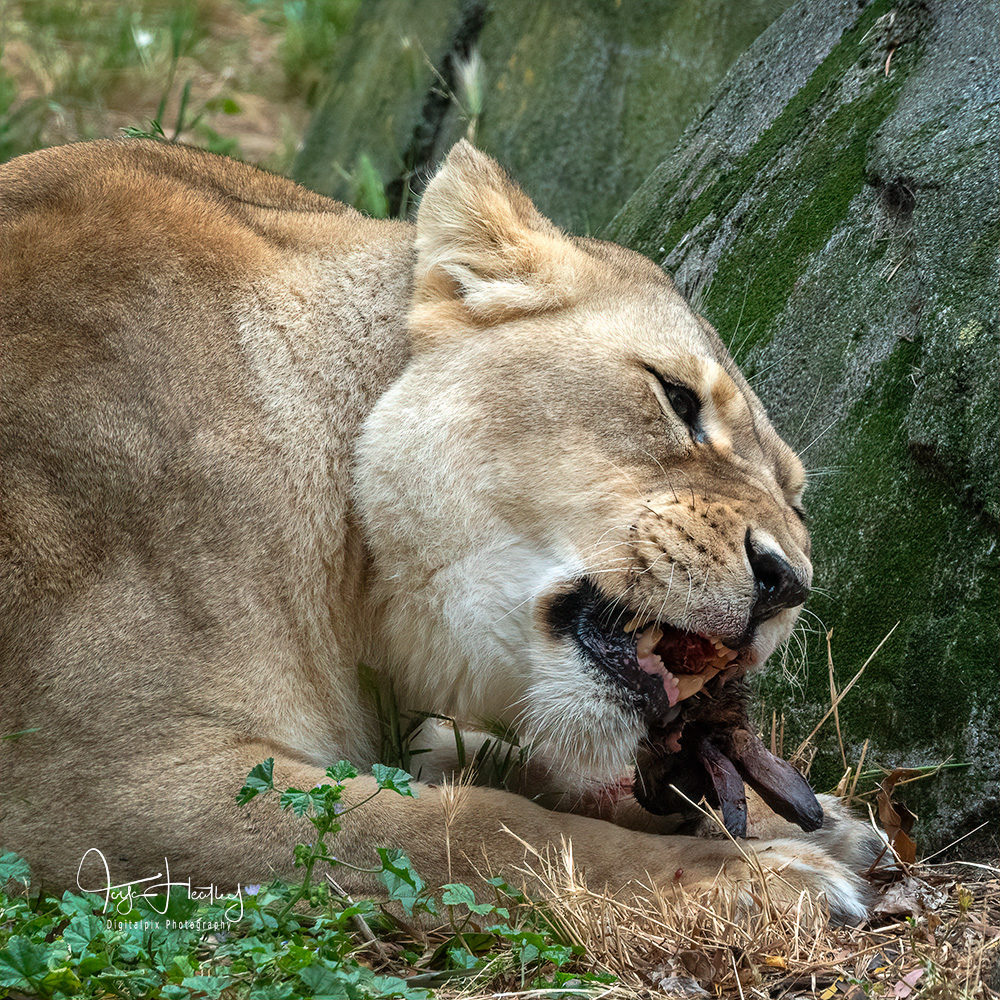 Next up was the lions where I am usually met with sleeping cats.  We actually timed it really well, they had just been fed and were actively eating their meal.  I had no idea what they were eating until I got home and started to view the images. Clearly it was rabbit for dinner and a very enjoyable meal it was.  One of our last stops was the giraffes.  By this time my feet were telling me it was time to head home, so I took a couple of close up images of the giraffe that was closest and then we headed off. 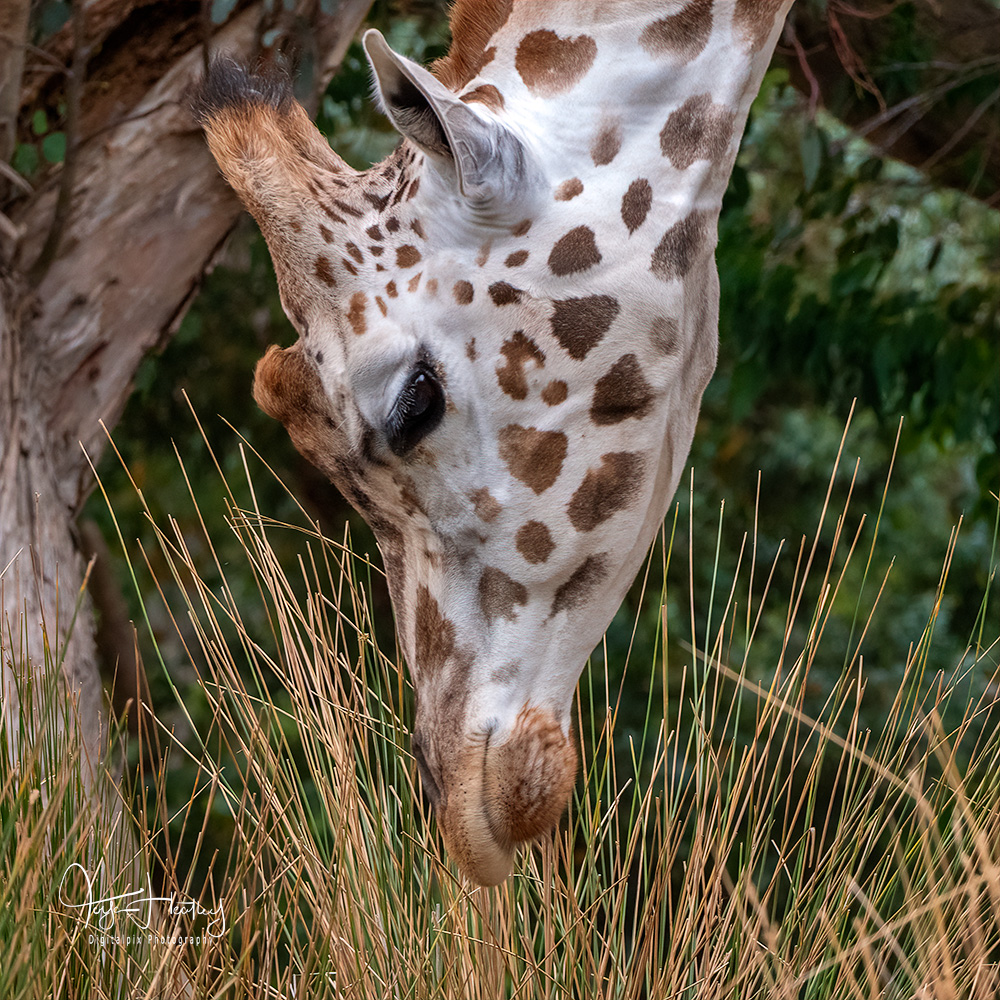 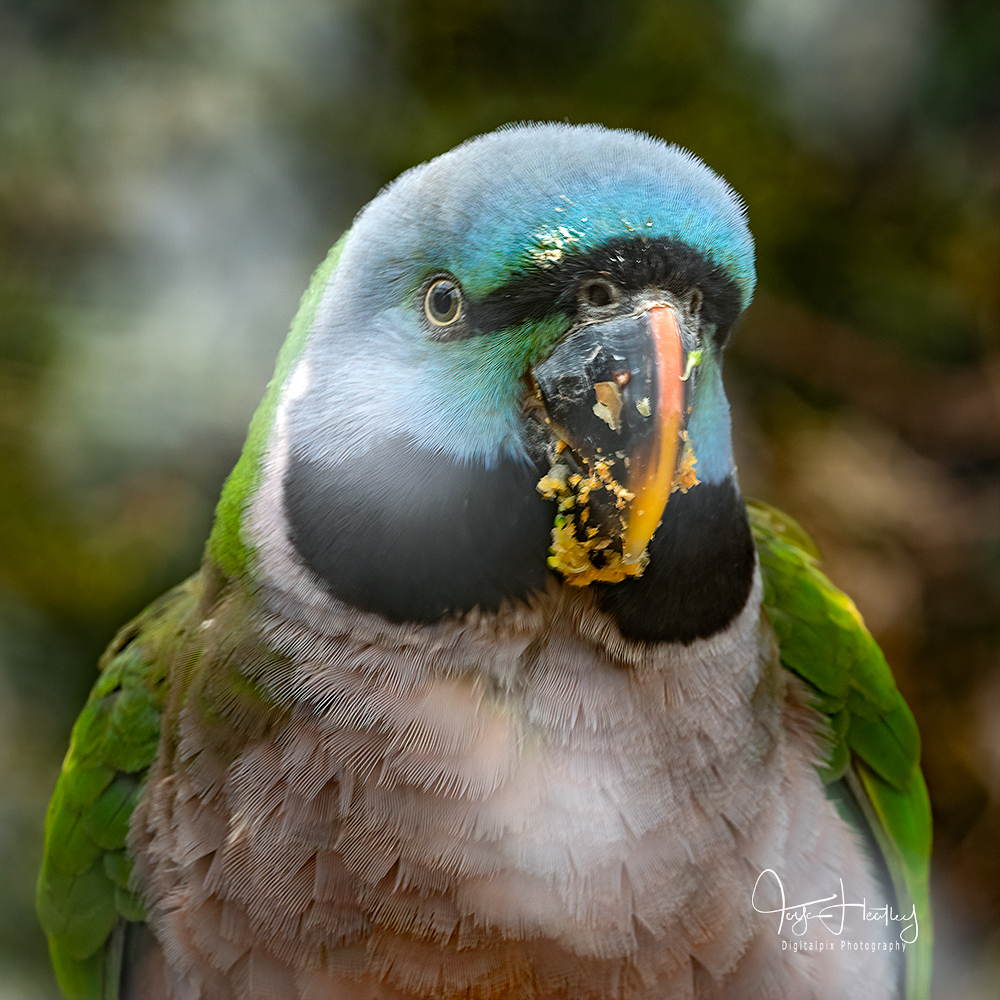