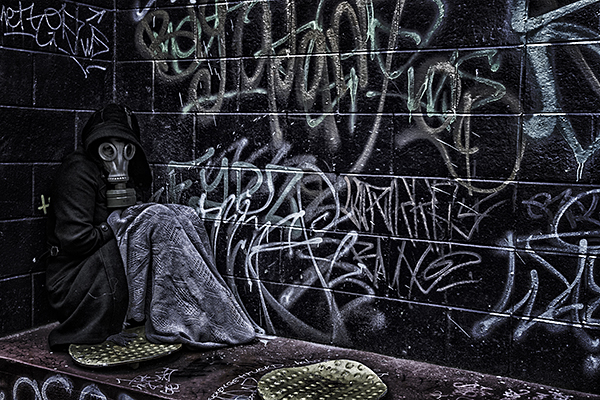 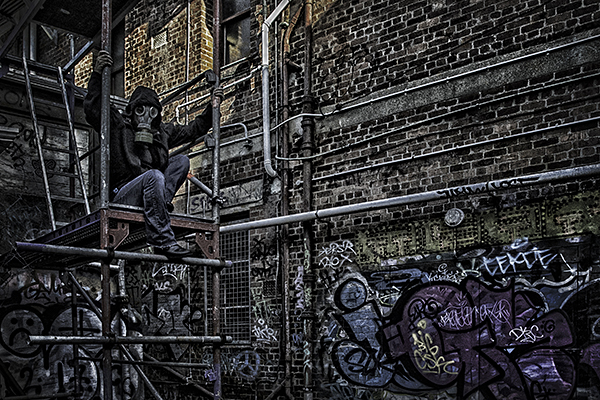 After many years of submitting portfolios to the PSNZ Honours Board for consideration since getting my LPSNZ, I have finally achieved the next level of distinction.  At the PSNZ CRK Kennedy Honours Banquet in Dunedin recently, I was awarded the Associateship of the Photographic Society of New Zealand (APSNZ) for my portfolio set titled “The Survivor”. This set has been several years in the making with the first images being shot in early 2015 in Wellington City. 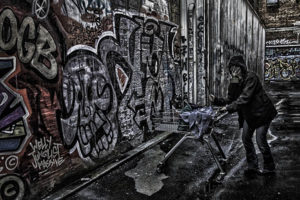 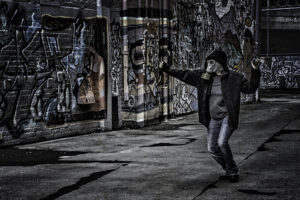 I was fascinated by the colours of the graffiti and wanted to create a set of images with a story around the graffiti-ed walls and buildings. I chose an apocalyptic theme because it was something I had not seen done and I knew a model who was keen to be a part of my project. We spent one enjoyable day wandering around Wellington with camera, sunscreen and gas mask. Once I looked at the resulting images I couldn’t make a set out of them. 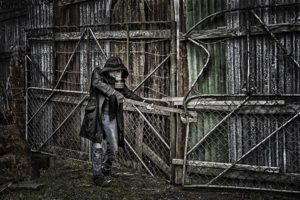 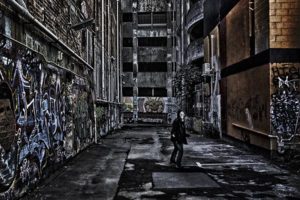 After that I had another idea and this time it involved a trip away in Ohakune at the end of the snow season. We rented a house and a group of our friends (including the same model) spent the weekend taking photos at Horopito’s Smash Palace. After reviewing the images shot we returned later in the day to fill in the gaps in my story, before heading back home to Wellington the next morning. 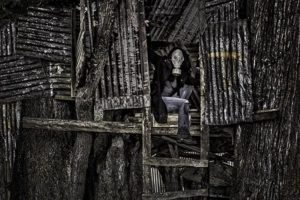 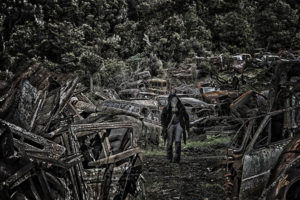 Once home, I looked at all of my images and still couldn’t really put a set together.  So off we went somewhere different, this time with a storm trooper wearing a menacing black uniform, as well my survivor model and we tried to create the story between the graffiti of the city and the rust of the car yard.  These images didn’t work and were all discarded.  It didn’t matter how many times I looked at my images, I just couldn’t see a set, so they all got put aside. 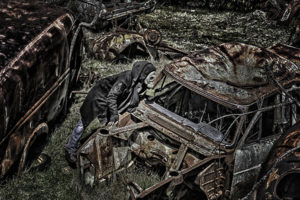 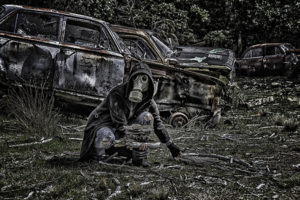 A year later, I was motivated by a friend to have another go with them.   We dragged out the images and this time I was able to view them with a different eye, time away from them helped.  I worked with the post processing, grunging them up a bit and desaturating the colour to give them a uniform feel, managed to put a set together and printed them all on metallic paper to give a futuristic look.  Sadly this set was rejected, but it was close to being accepted. It was felt that with some small changes it would be worth re-submitting the following year, and that is exactly what I did. 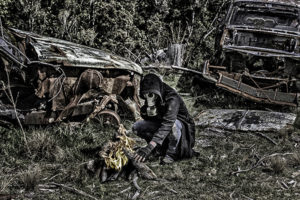 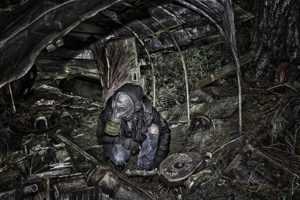 The set tells the story of a survivor of an apocalyptic event.  She is wearing the gas mask because she is unsure about the safety of the air around her.  She finds herself abandoned in the city and decides to pluck up her courage, overcome fears and leave.  Survival becomes all important for her, she finds abandoned cars which provide her with shelter and protection, she lights a fire for warmth and turns her focus to the future – to surviving.

To view the set as they were presented to the Honours Board check this page.  A big thank you to the two friends who had a big part in this set, my model and my motivator! I couldn’t have done it without either of you.

1 thought on “Associate of the Photographic Society of New Zealand”