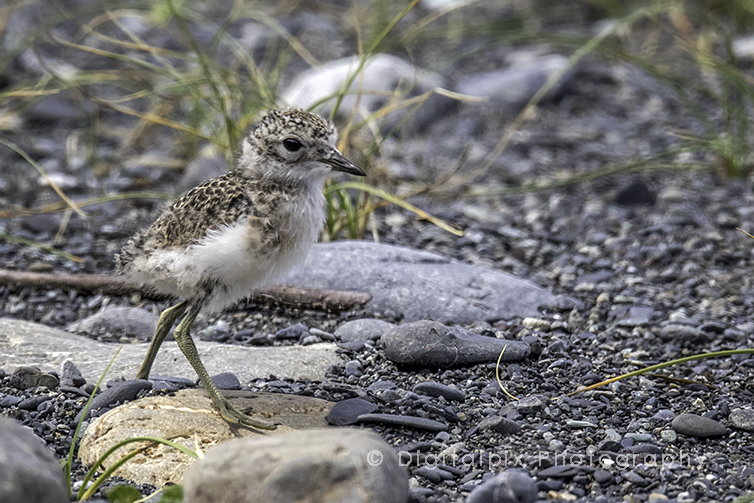 We went back out to the coast today to check on the dotterels after last night’s storm.  I was imagining the nest being destroyed by the wind and rain, and the birds no where to be seen.  I am happy to say I was wrong and the little birds are tougher than they look.  The male dotterel was sitting on the eggs most of the time we were there and showed little interest in the camera this time. 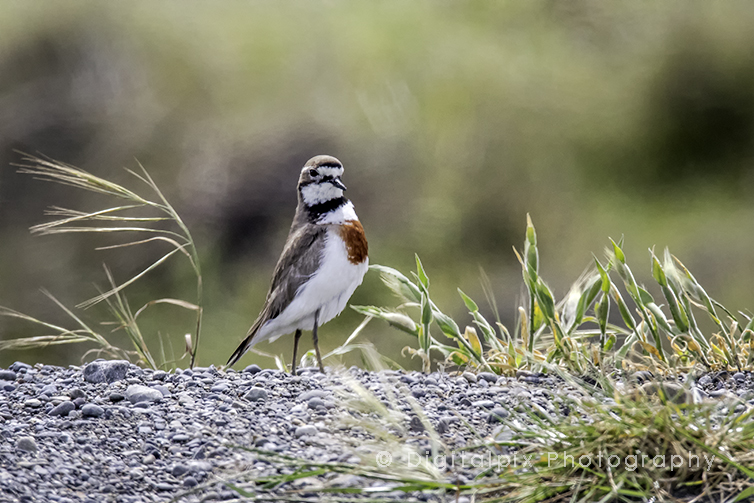 The chick I caught a glimpse of last Friday has already grown so much!  I managed some better images of it this time, much to the disgust of the parent birds who tried to direct the chick in the opposite direction.  This little guy had a mind of his own. 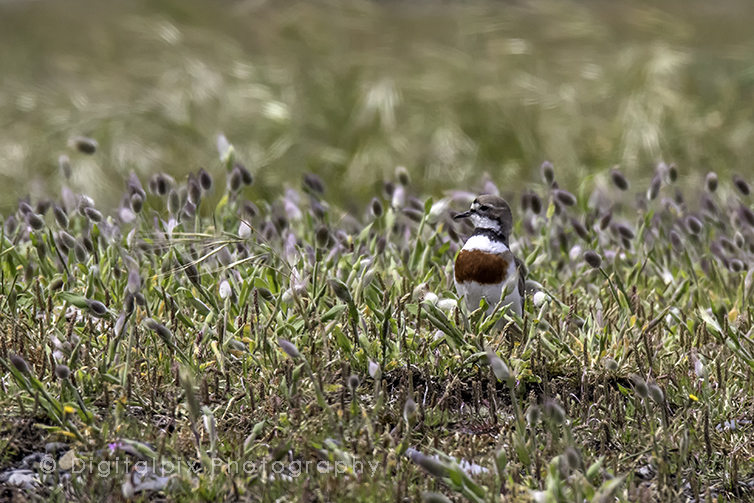 To give you an idea of the size of the chicks, just look at the adult bird amongst the grasses.  The chick is at least half the size of the parent bird.  Hard to spot and super fast movers, you have to be quick to capture an image of these little dots. 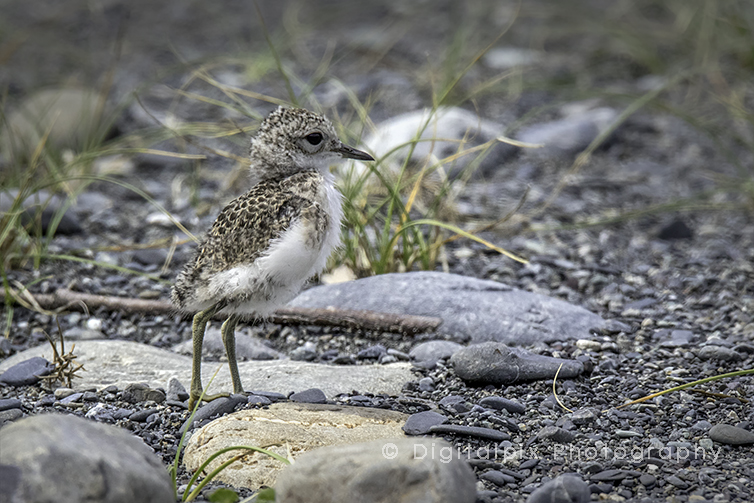 This trip I also used the bigger lens so was able to get in closer without upsetting the birds – something I am loathe to do.  I am going to practice some more with this lens before my next trip away.  I want to be sure I can get the shots I want when I am in places that I don’t get to often.  I won’t be able to go back for a second try if I get it wrong, so plenty of practice is required now, which in turn means more blog posts to come.