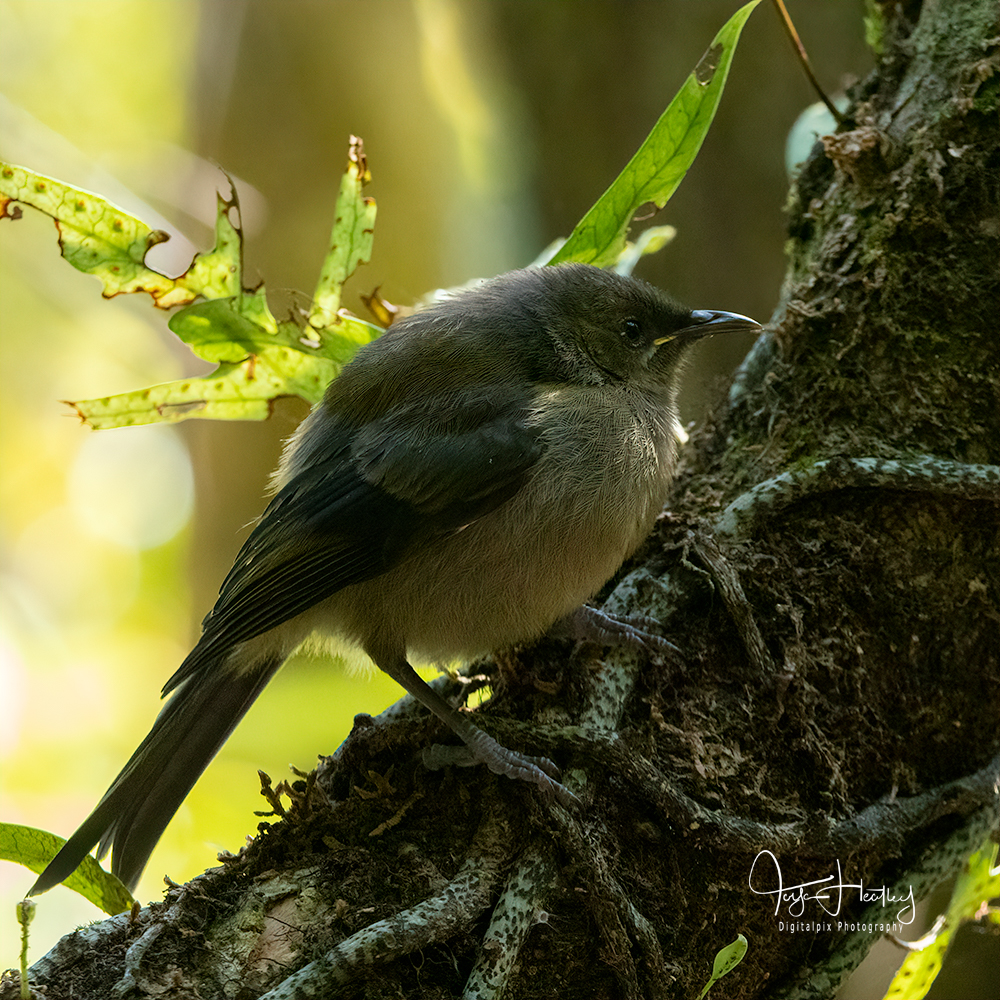 This morning saw us heading to Zealandia again. Today was one of those days where I just didn’t want to leave. There was so much happening that I could have happily stayed in the bush for hours watching the antics of the bellbirds.  There is a nectar feeder at the start of the beech track where the bellbirds and hihi are constantly chasing each other off, and today was no exception. At one point there were two hihi and three bellbirds all in a flap over who got to use the feeder first.’ 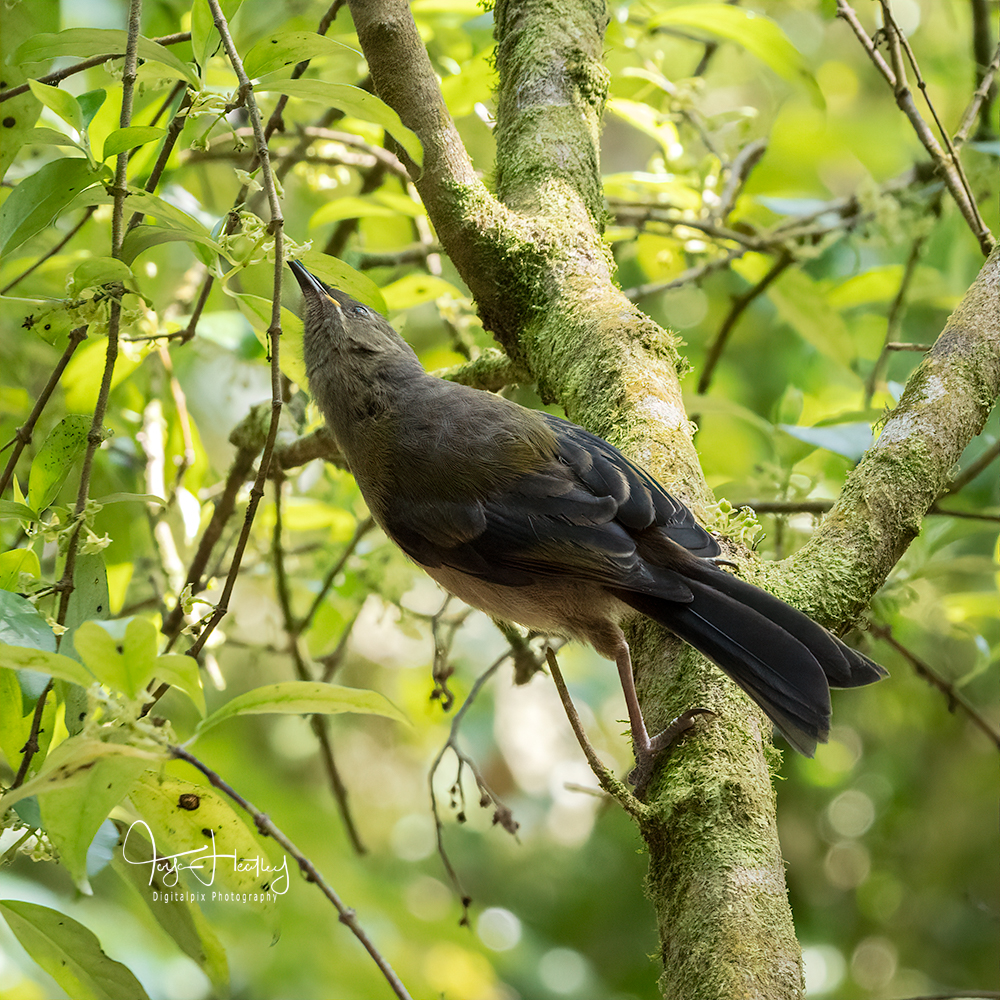 This post will only have the bellbird images as I have so many that I am happy with that I plan to split the day into two posts. The top two images are of a youngster that was being chased off by the male. I overheard one of the guides telling people that the parent birds will chase off their young once they are old enough to fend for themselves.  I did see the fledgling feeding itself and it also was drinking from the feeder when it got the chance, so I am sure it is just fine. 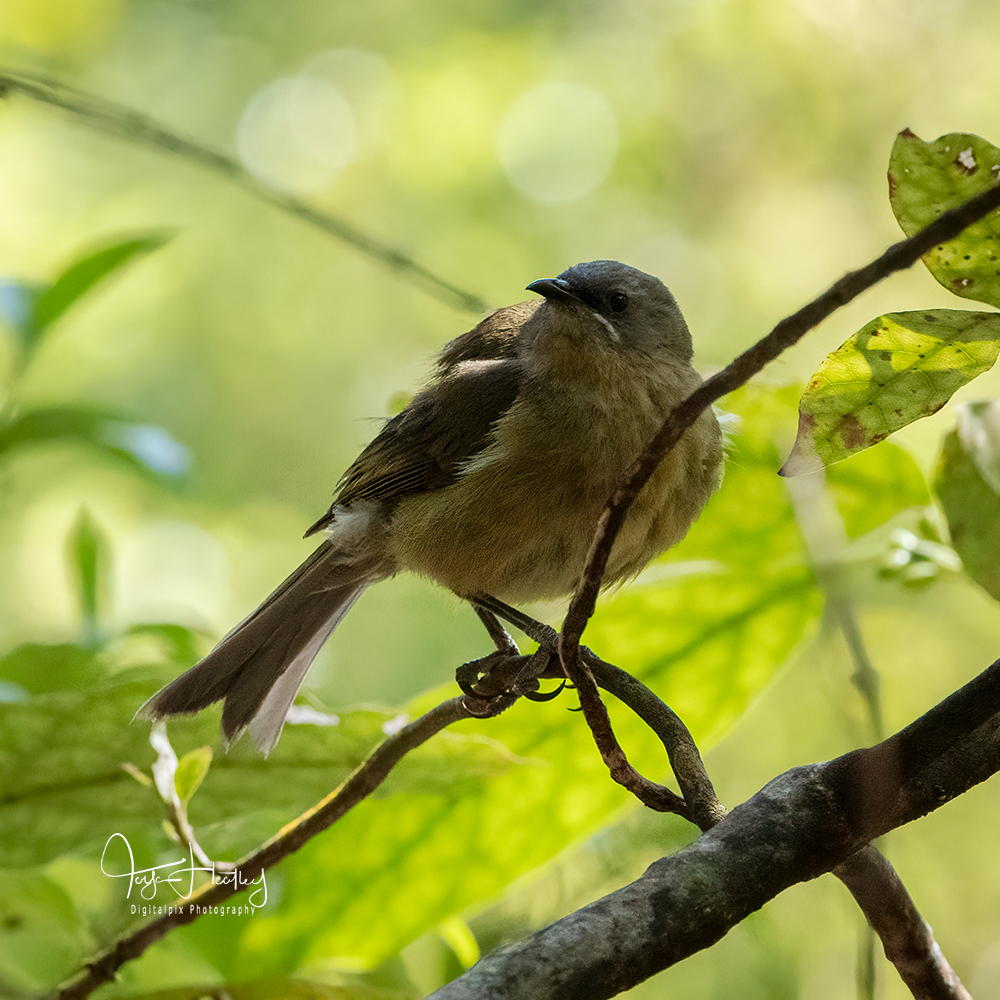 The image above is the female bellbird.  She looks similar to the youngster but has two white lines on either side of her face that easily identify her.  The youngster still has yellow around its beak which the adult bird does not have. I found it rather difficult to get a good image of the female as she was constantly flitting about the tree branches and didn’t stop long anywhere. 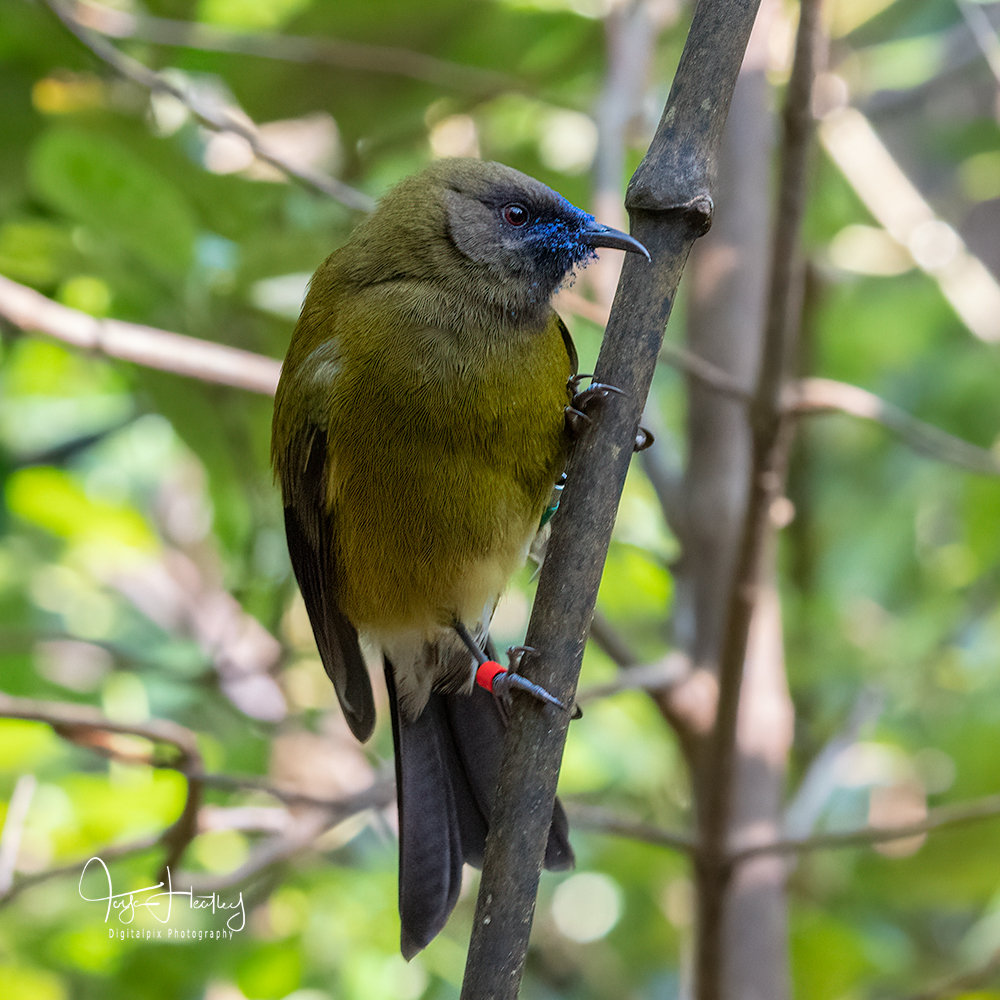 Next we have the male bellbird with his darker colours and grumpy looking face.  This one has had his beak in the fuchsia flowers and is covered in blue pollen.  He was very good at posing for the camera too, I have lots of almost identical shots of him. However it was the youngster that I spent most of my time on, you don’t get to see them year round so I wanted to make the most of the opportunity.  The next two images are also of the young bellbird.  Enjoy 🙂 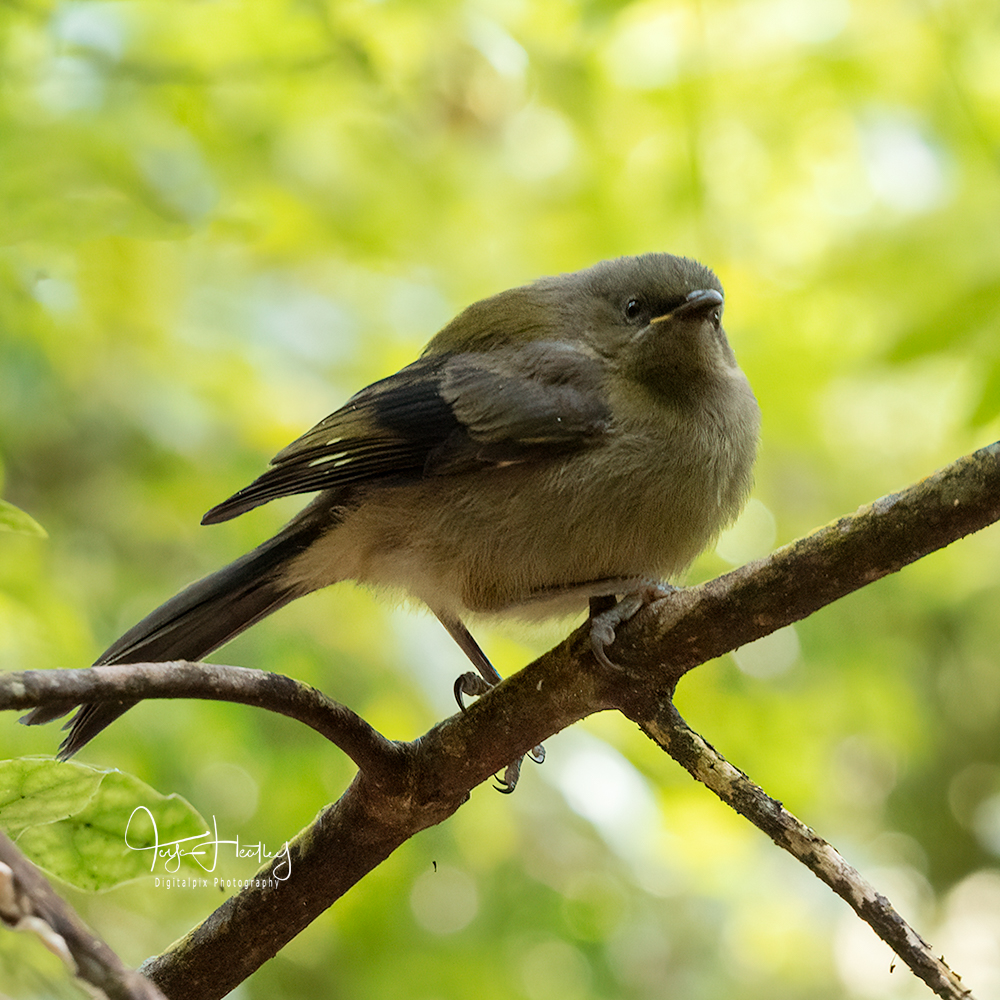 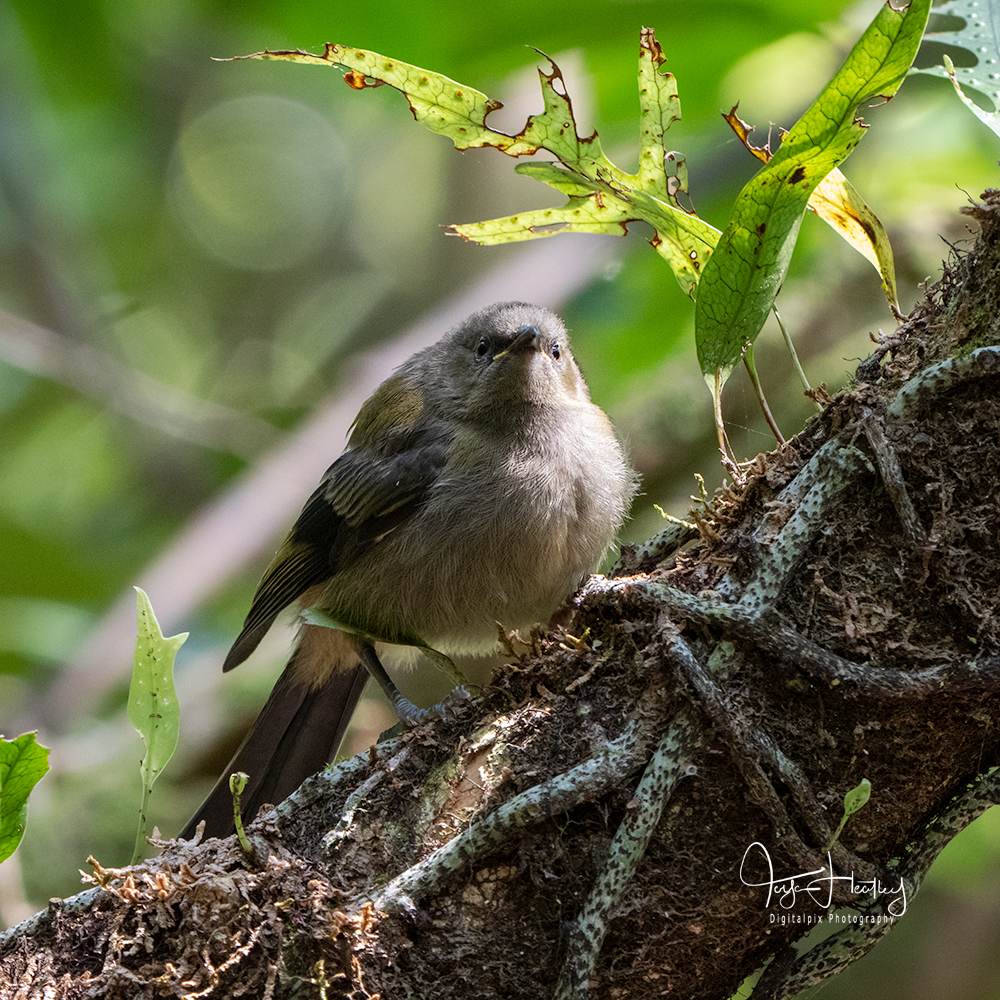