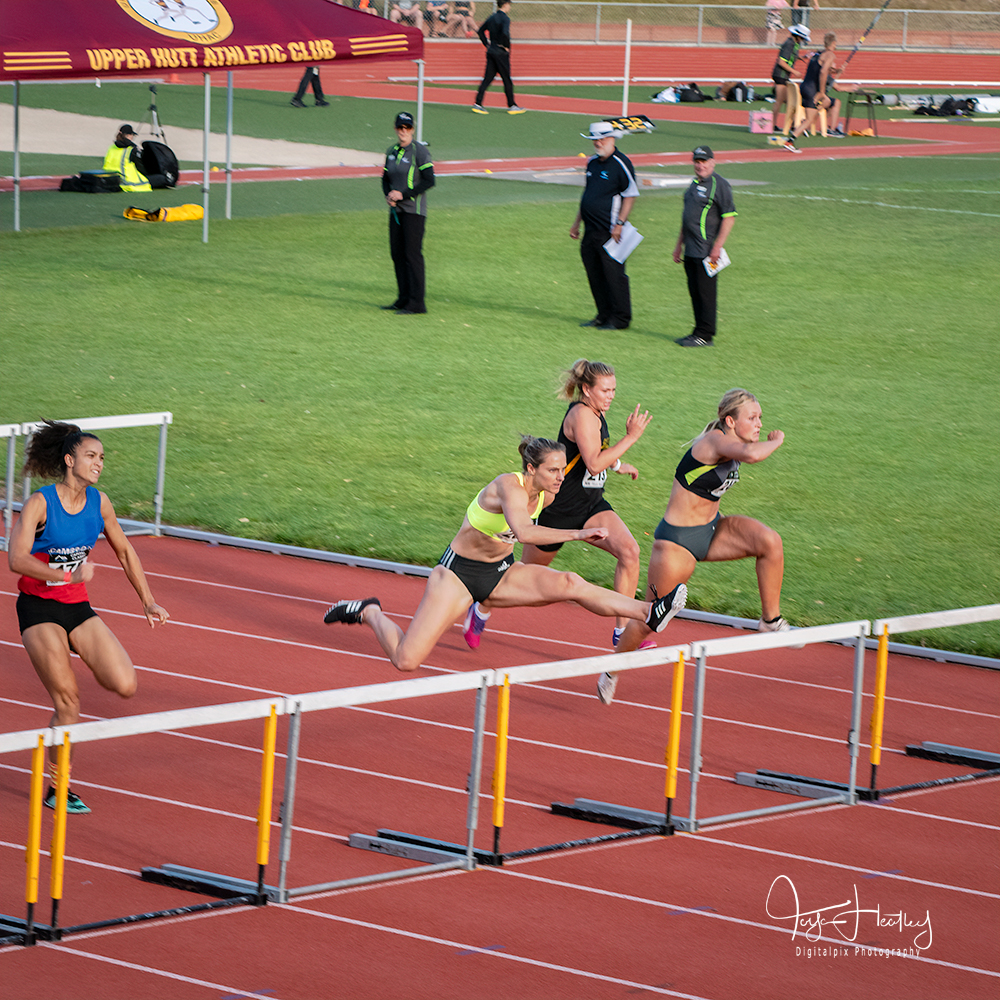 When I was a young child I was a member of the Manurewa  Athletic Club. Every week on Monday night we would be at the club and I would run in the 100 and 200 metre sprints.  My father was the starter for the club for many years, so we were always there to the end of the meet and got to watch the older athletes as well.  John Walker was a member of our club and I often watched him run.  Fast forward a whole lot of years and last night I was at the Capital Classic Track and Field event watching my cousin run again. 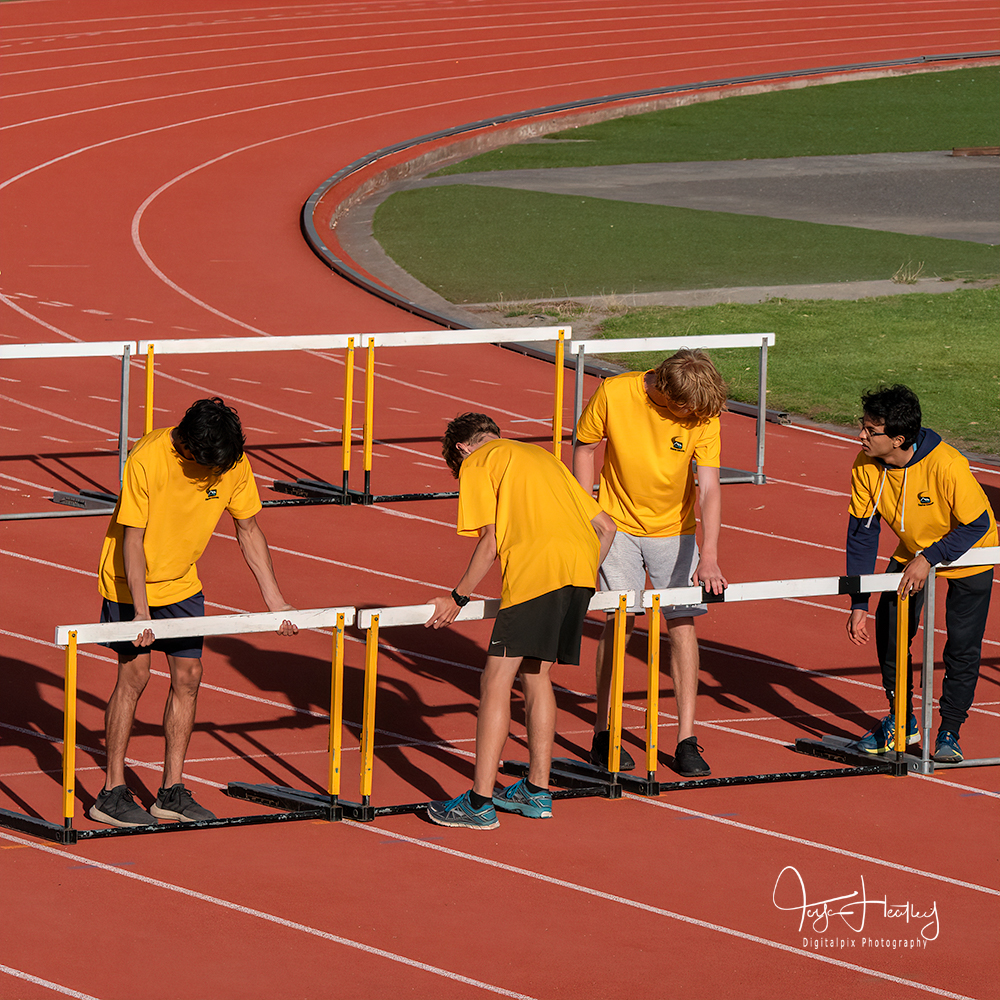 I watched and photographed a lot of the races through the evening but what surprised me the most is when most of the hurdle races had been completed, and the program had gone on to the longer races, out of the blue they got the hurdles out once more for one race!  Seemed like a whole lot of work for one race, when it could have been run when the hurdles were out earlier in the day.  Oh well, I am sure they had their reasons… 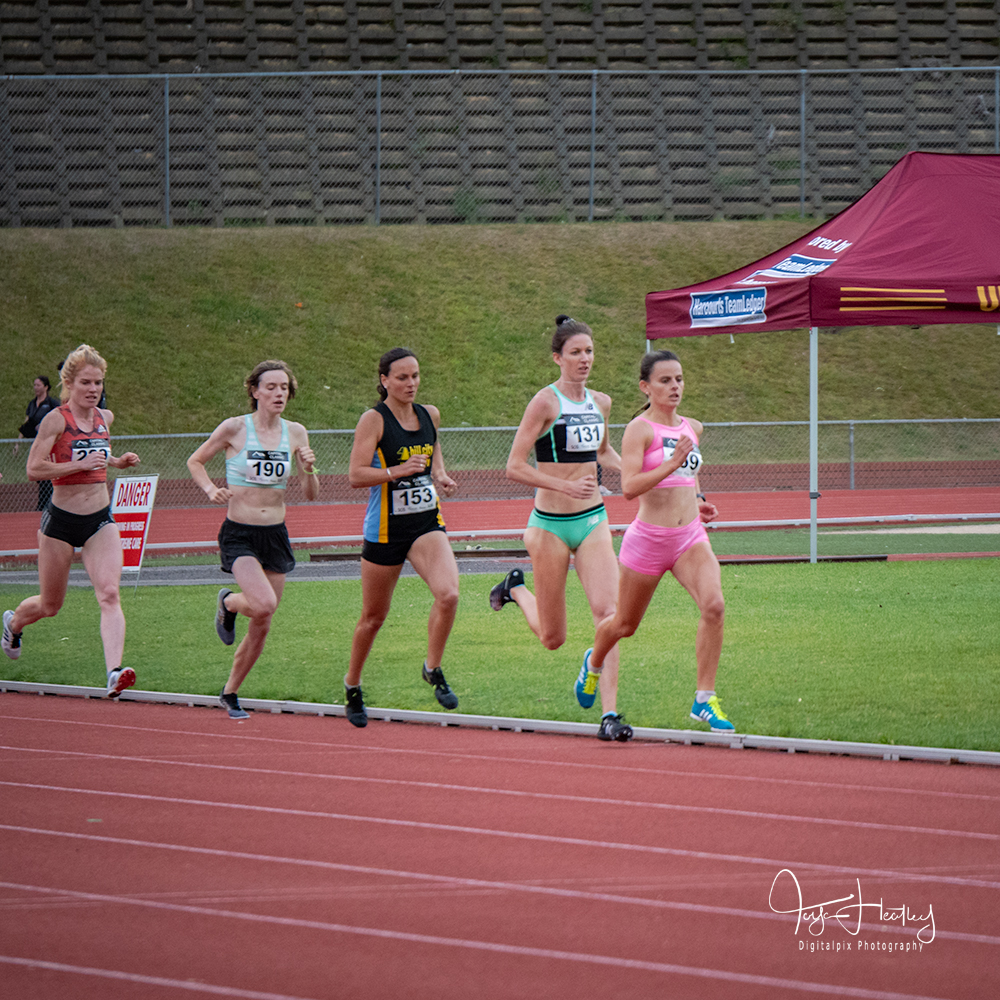 The last race on the program was the Womens 1500m.  My cousin Katherine Camp was in this race along with several other top athletes, Angie Petty, Rebekah Green. It was a great race and I managed to capture some great images during the race.  Katherine took out the win, with Angie second and Rebekah third.  After this there was a relay race with only one team running – good on them for doing it regardless!

I positioned myself in front of the podium ready to take Katherine’s podium shot and it just didn’t happen.  The single relay team received their gold medals and then the organisers started dismantling everything.  What’s with that?  These girls ran an exciting race and at the end of it… nothing.  No excitement, no presentation of medals… nothing.  Katherine ended up going and asking for her medal. 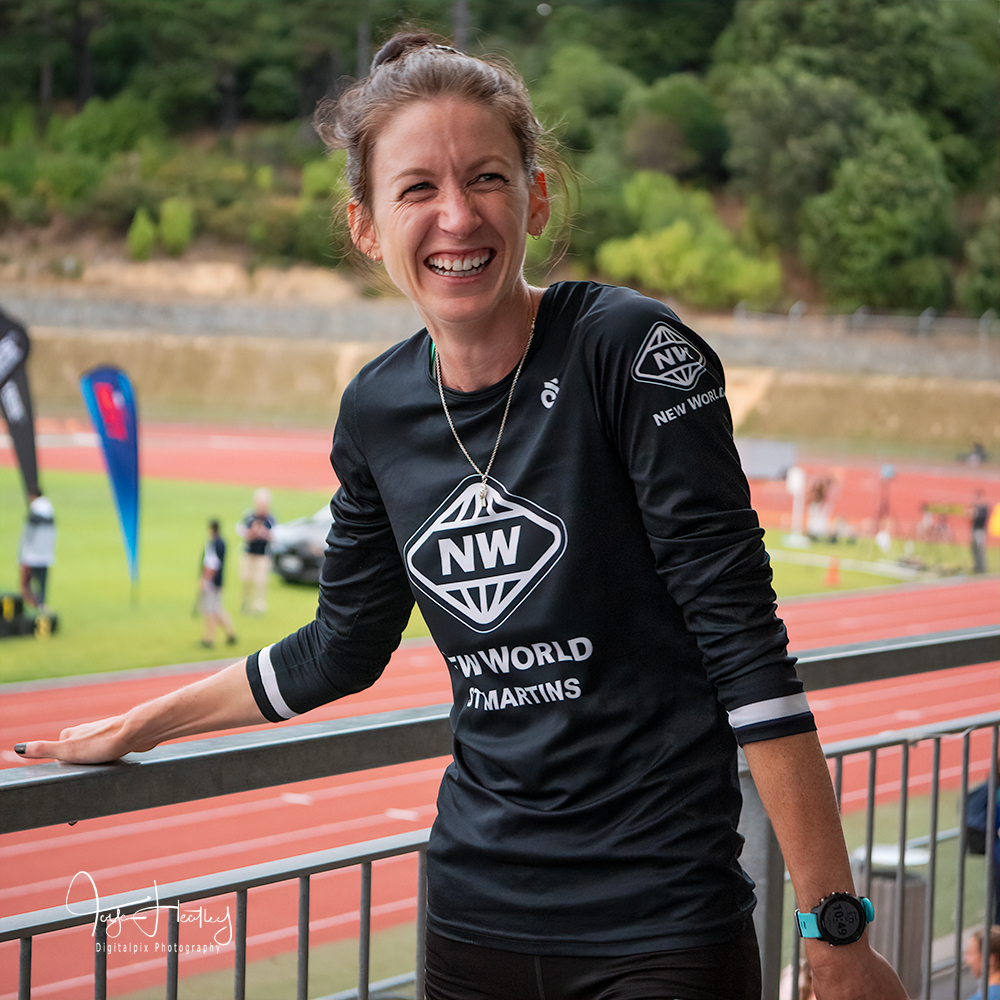 Not to be left out, we set up our own podium shoot with a couple of Katherine’s friends.  This was super fun and made up for the flat ending to the day.  In this image, Katherine is on third, Nynke on first and and Jen on second.  Nynke has always wanted to beat Katherine, so Katherine gave her the moment. 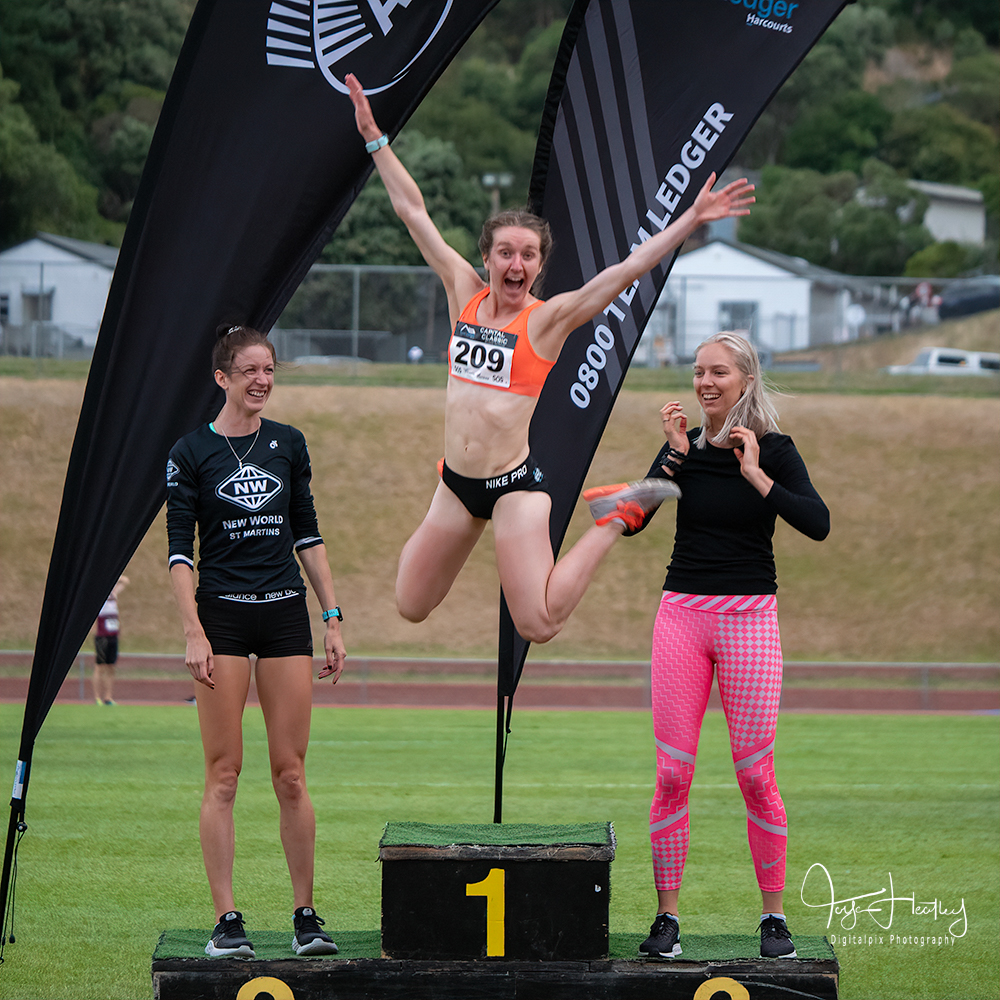