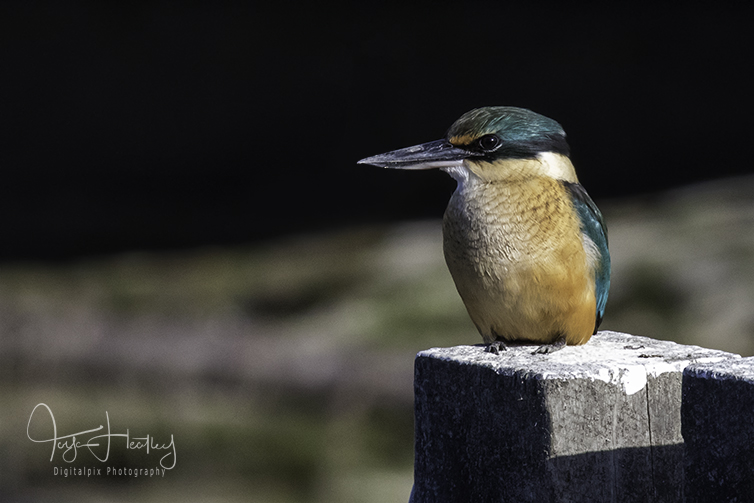 Today was sunny, still, and too good to stay indoors no matter how cold it was to start with.  We cruised by the kingfishers at Pauatahanui but due to some construction work there, they were all perched out of reach on the power lines. We moved on. 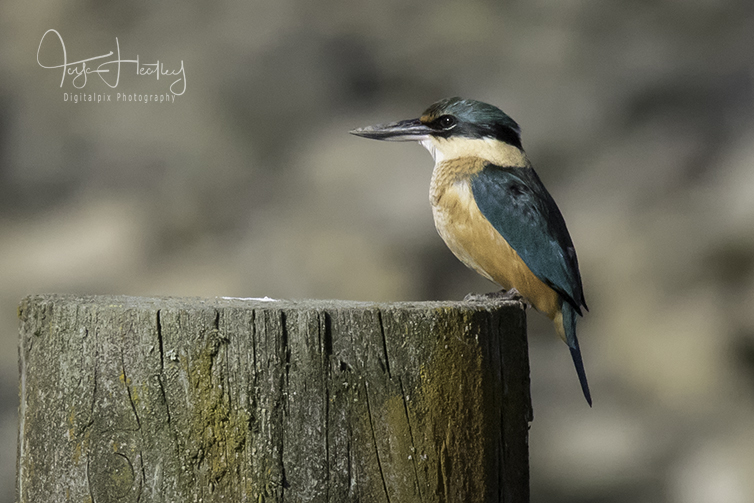 Around at the boatsheds at the Petone Estuary, the tide was further out and there was one kingfisher sitting in a place where the sun was behind me.  So began the game of hide and seek.  I would photograph him and then he would move.  It would take me a wee while to find him again and when I did we would repeat the process. 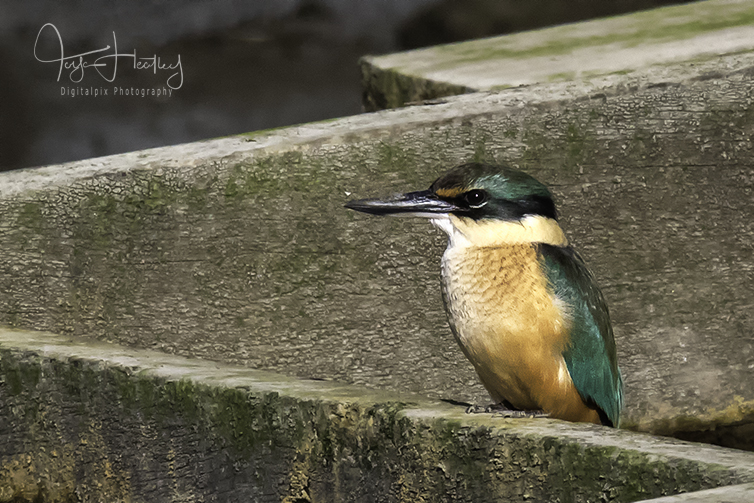 Eventually he tired of the game, caught a wee fish and flew to the top of a pole where he was sure I would not be able to get him. I did, but not clear enough to bother processing the image.  It was fun while it lasted.  I was never close enough to really bother him, I think it was the sound of the camera clicking that bugged him the most. 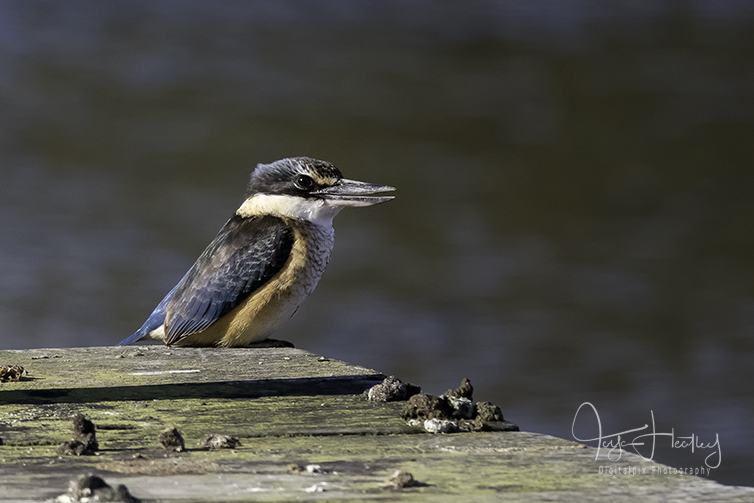 For those who read my last post.  It was good news from the xrays, the joint in my foot has fused finally.  It took a year and still causes some pain and limited mobility but further surgery has been avoided.  Maybe this year I will be able to visit the kingfisher a little more often.