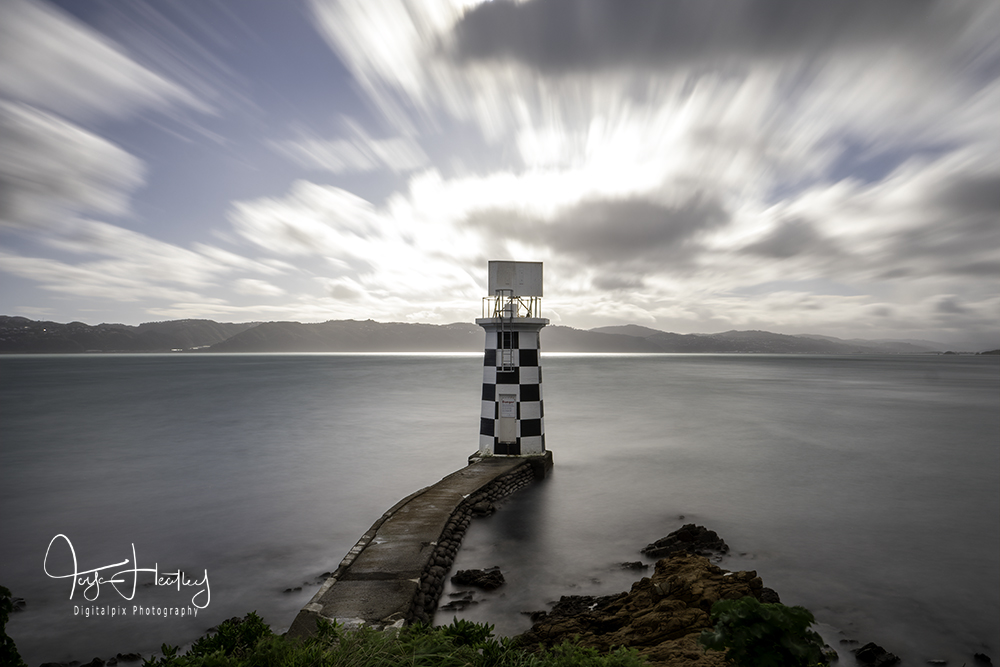 Wellington on a windy day provides plenty of wind-swept waves over the rocks which is perfect for long exposure images.  I have been helping a friend get her head around the process of creating an image with a 30 second exposure in the middle of the day using ND filters.  We headed off to the beach only to find it raining when we arrived there.  So we did the only thing you can do in the rain – stopped in at the chocolate fish for as cuppa and a BBQ sandwich.  By the time we were finished eating the rain had stopped and the sun had come out.

The wind had gotten a little stronger and colder but that didn’t stop us.  We headed to the light house hoping for crashing waves up against the lighthouse itself but alas the wind was blowing in the wrong direction.  It was strong enough to flip my tripod and camera to the ground.  Thankfully the camera landed in soft grass so no damage was done. It did make me a little more careful for the rest of the trip. On our second stop my lens got covered with spray from the waves so most of them were pretty messy images.  I did clean up one or two so I would have something to share here. 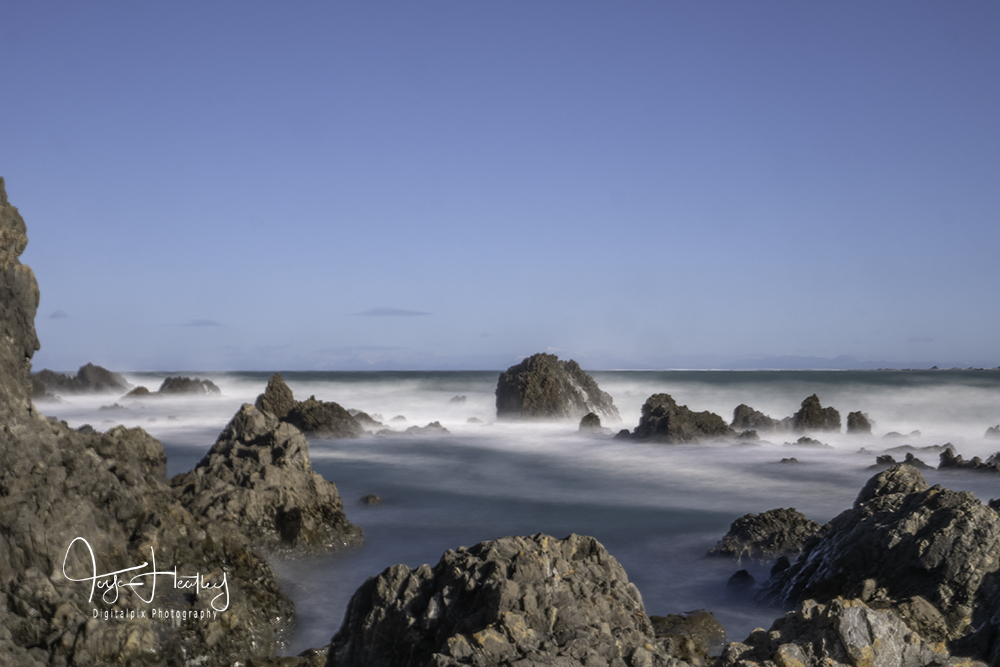 Thankfully I thought to wipe the filter before we headed out at our third stop and the images I made there were clean. We also had the advantage of being able to shelter from the wind behind a huge rock while still getting a good view of the waves crashing over the rocks. Landscapes or seascapes are not something I have done many of, so I know they could be a lot better but that takes both time and practice.