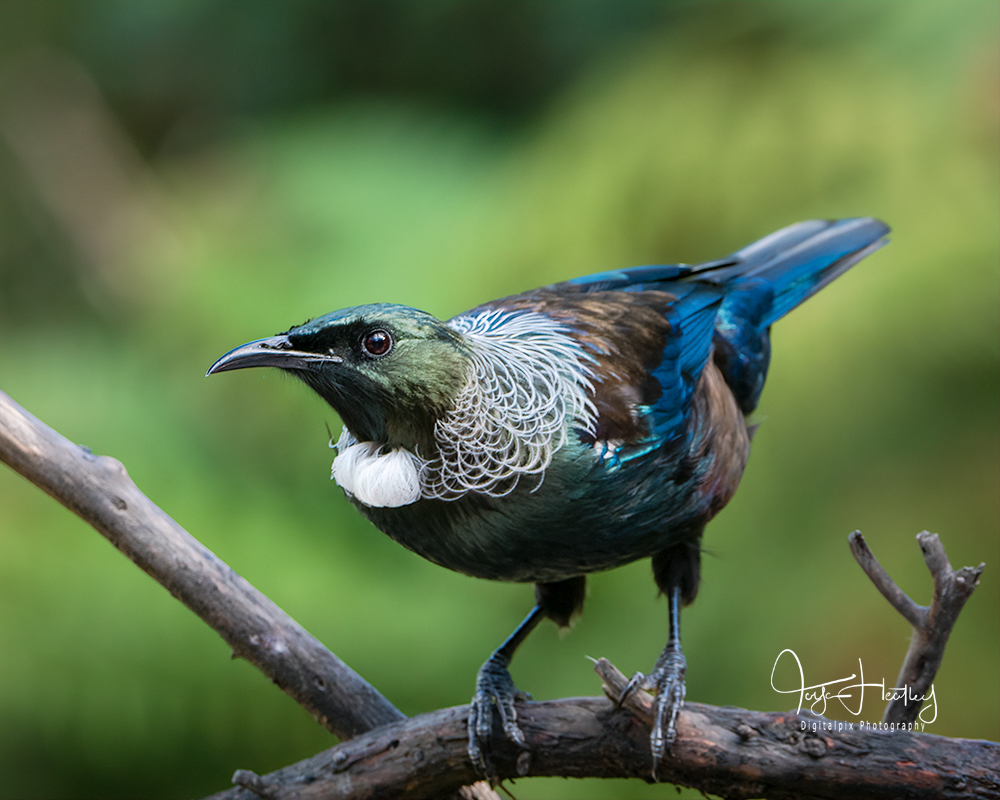 Yesterday, along with a couple of photog friends, I headed to Staglands wildlife Reserve. We enjoy going during the week because there is less people there and more opportunities to get some great photographs of the birds and animals there.  This trip our focus was mainly on the birds, trying different techniques and settings on the cameras and having some fun. 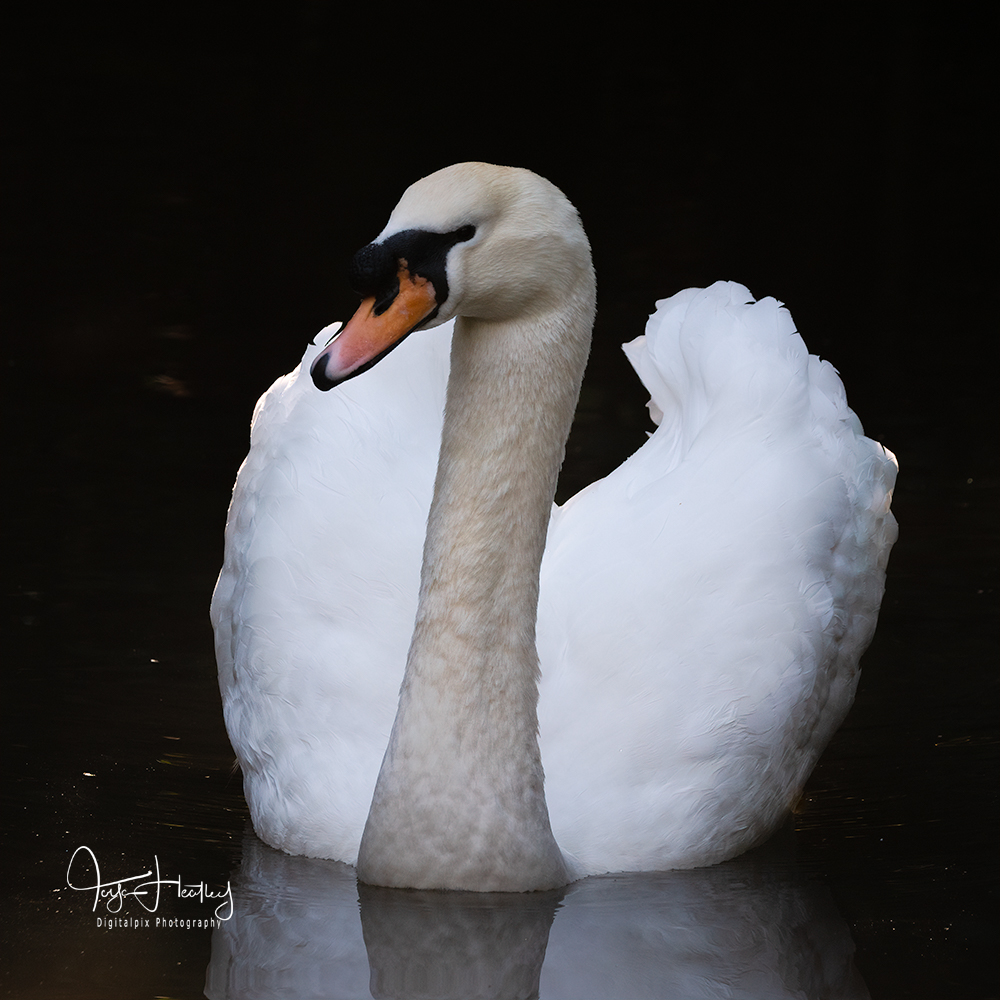 We started out playing with deliberately underexposing images with the white ducks, swans and doves.  This darkens the background considerably while leaving the feather detail in the birds exposed nicely. We were lucky that the white birds made it easy for us by playing about in the water in front of us. 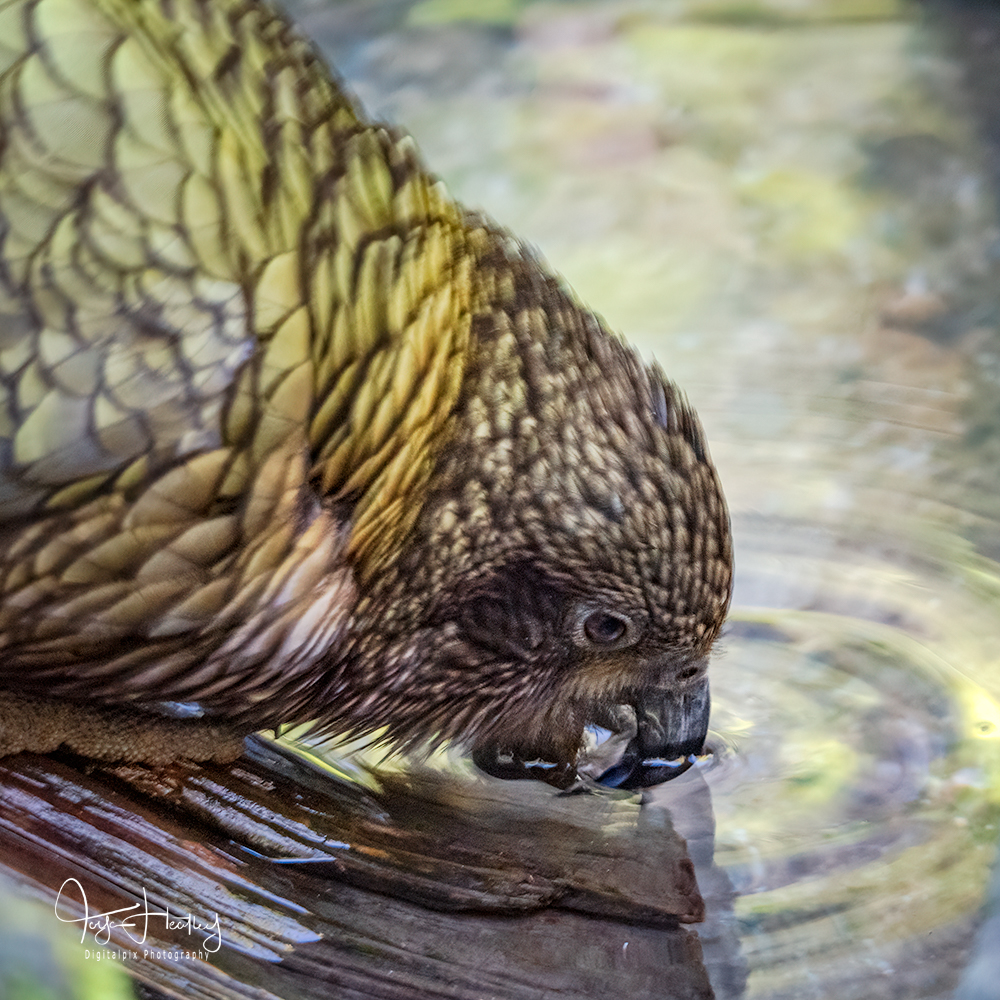 After that we had a bit of an encounter with a grumpy turkey who made it his mission to jump behind us and kick us with his feet.  After the initial fright, we decided to give the grumpy one a wide berth and head to the kea enclosure.  The keas at Staglands are my favourites.  I never fail to come away with images I am proud of and yesterday was no exception. 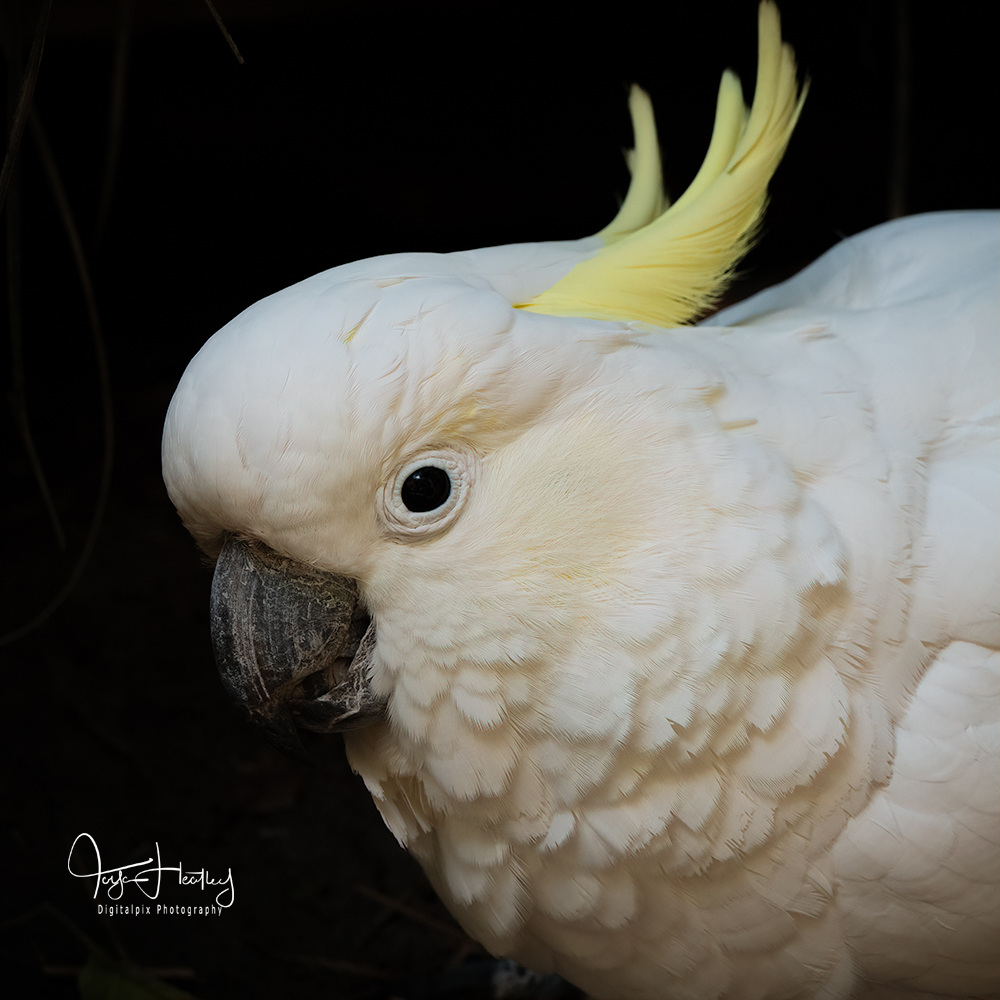 The next aviary we went through had a cockatoo calling out ‘hello’ to us.  My cousin, who was with us, is a bird nut (said in the nicest way) and the cockatoo took an instant liking to her.  He perched himself on her arm and displayed his yellow feathers for us to photograph. Also being a white bird, was another opportunity to try under exposing the image. 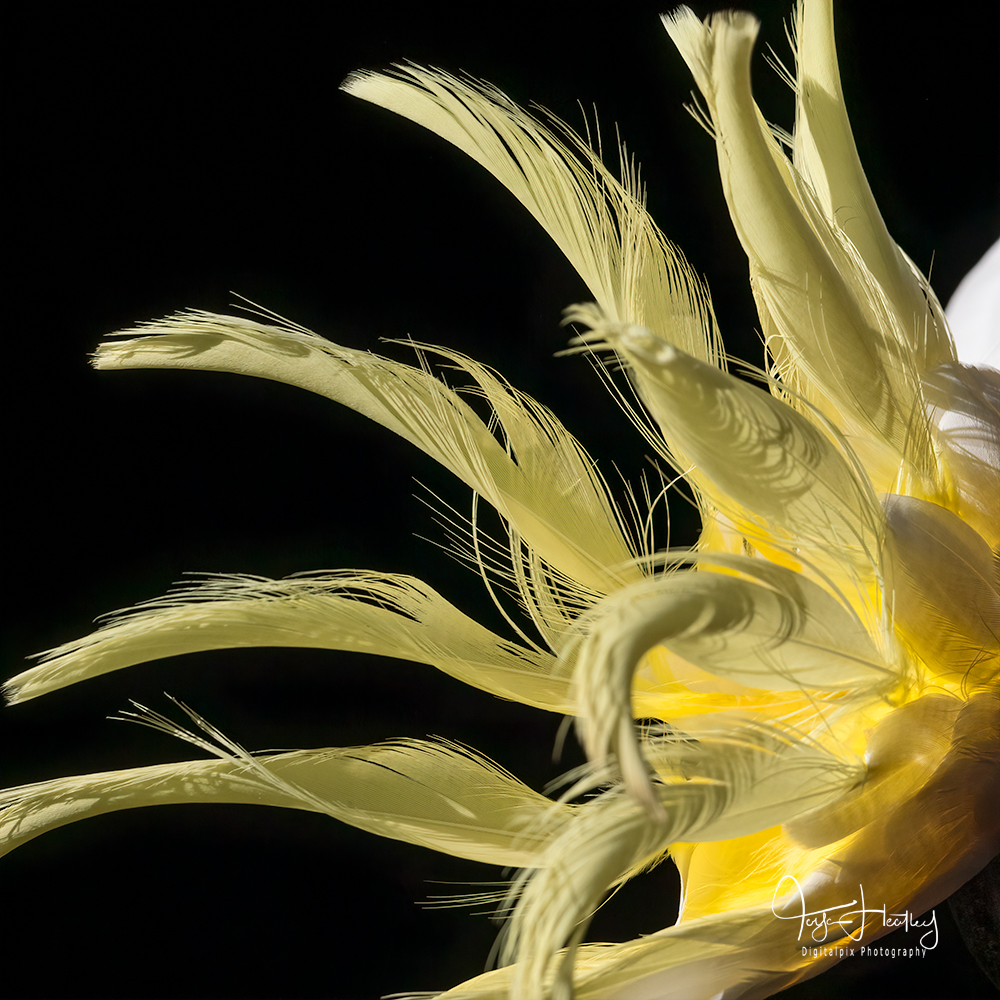 When she wanted to get some images of her own we tried to transfer him from her arm to mine, but he wasn’t so keen and I am now sporting a lovely bruise from a parrot bite.  My own fault entirely, he was happy where he was and wasn’t keen on moving – so we left her and the parrot together and carried on with my arm stinging to the next aviary. 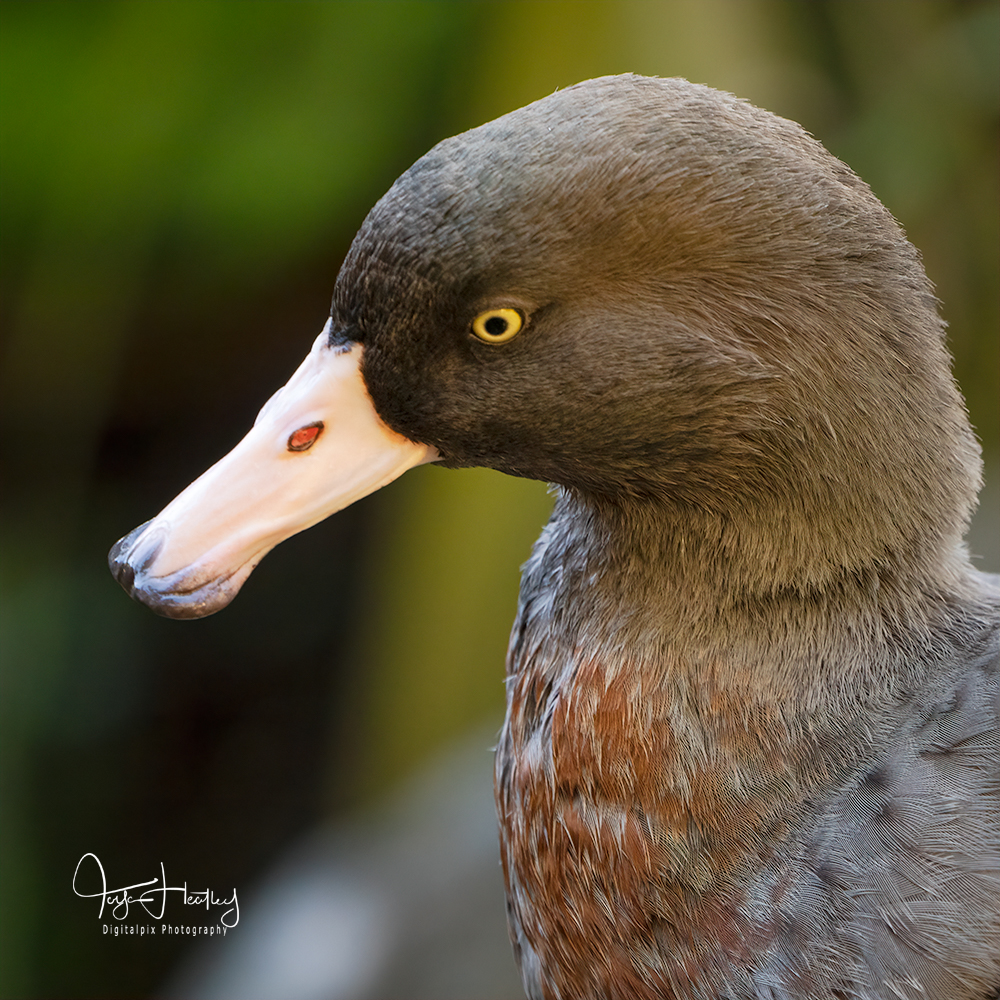 The whio or blue ducks are also favourites, but usually they are out of site and not easy to photograph.  Yesterday was an exception and I came away from their enclosure happy to have achieved some good images. There are also kereru, tui and kakariki in the same enclosure but the whio win for me every time! 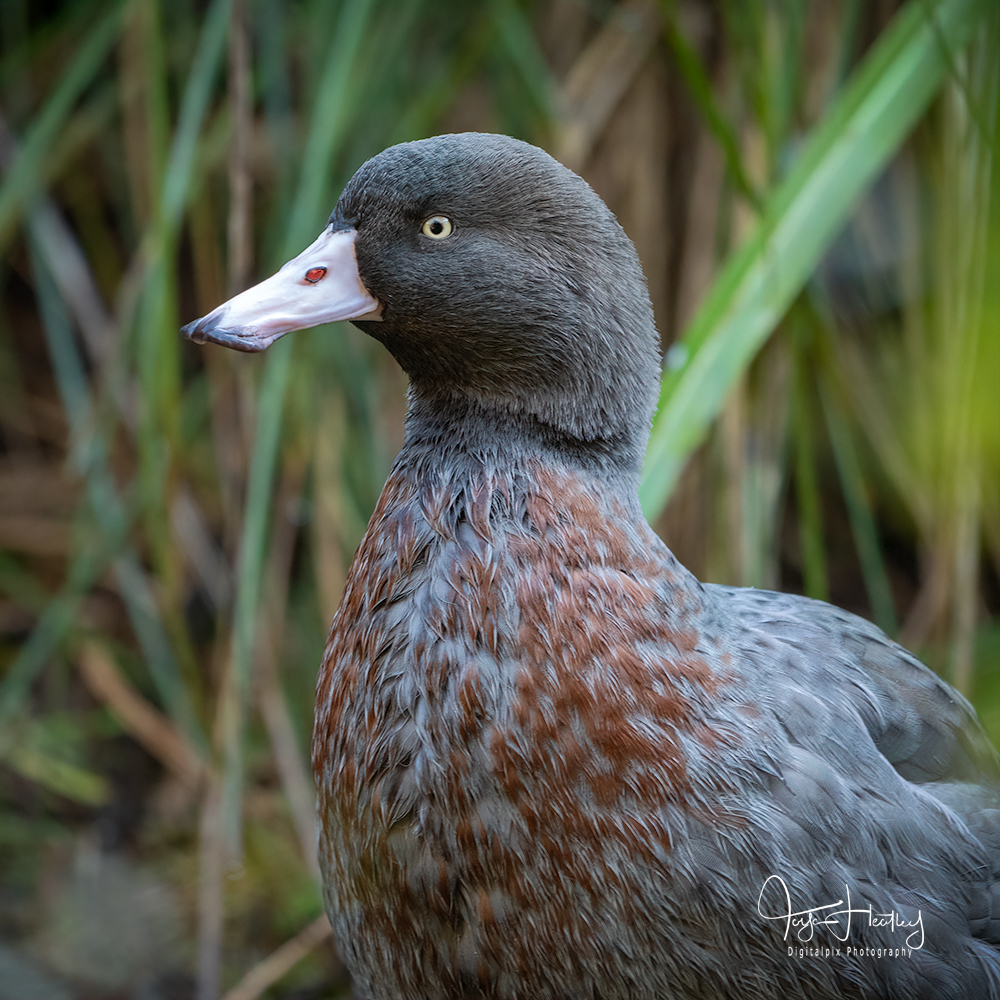 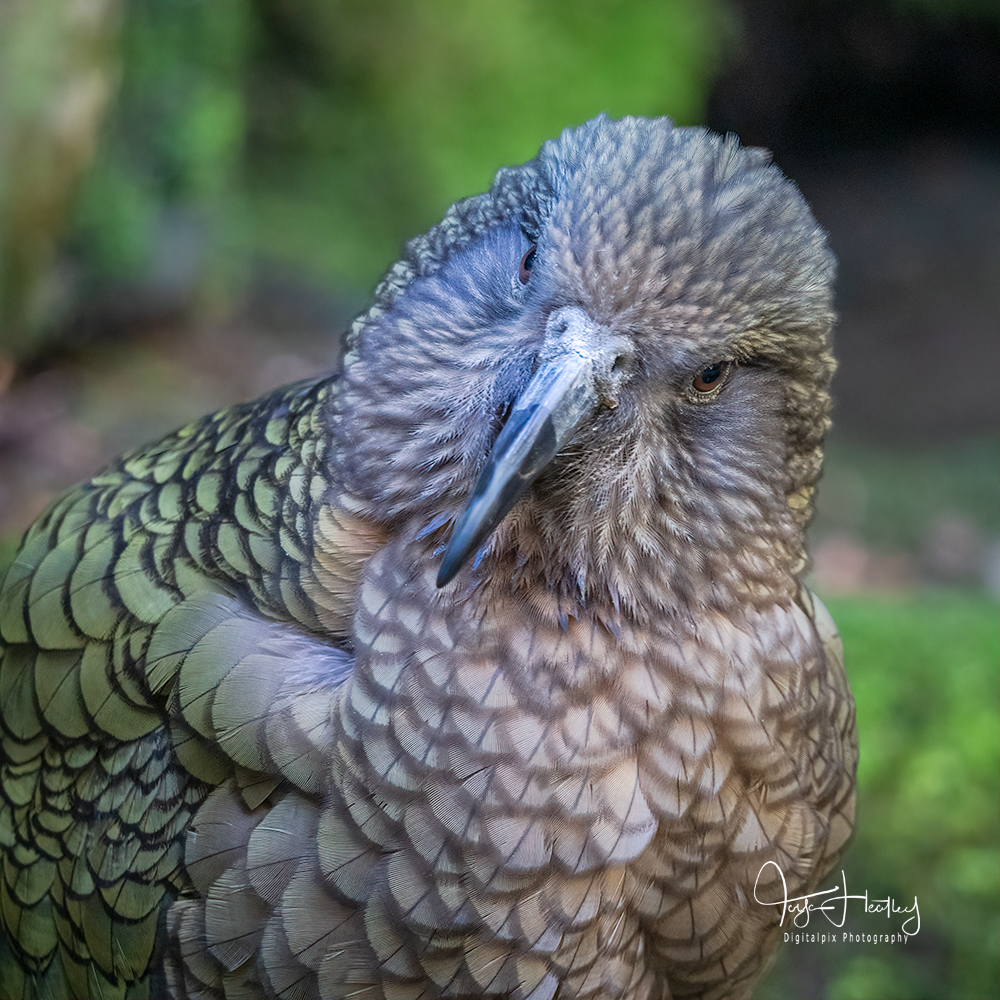