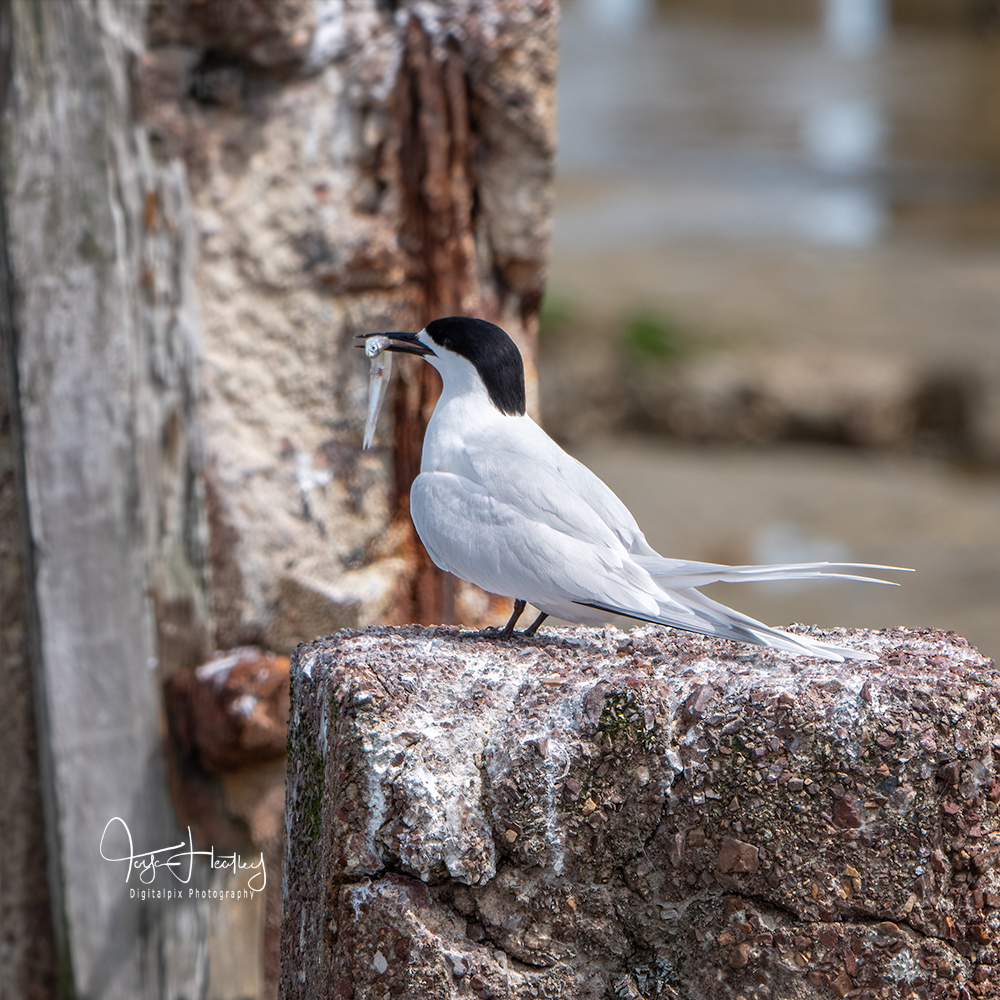 On our second day in Coromandel, we headed back to Thames township to have a look at an old historic pier.  The tide was out, and the water was muddy and while I did take plenty of images at that time, I have chosen to save them for another post.  The reason? Because we went back a second time the next day in the hope of finding the tide in and the water blue.  Boy did we get a surprise! 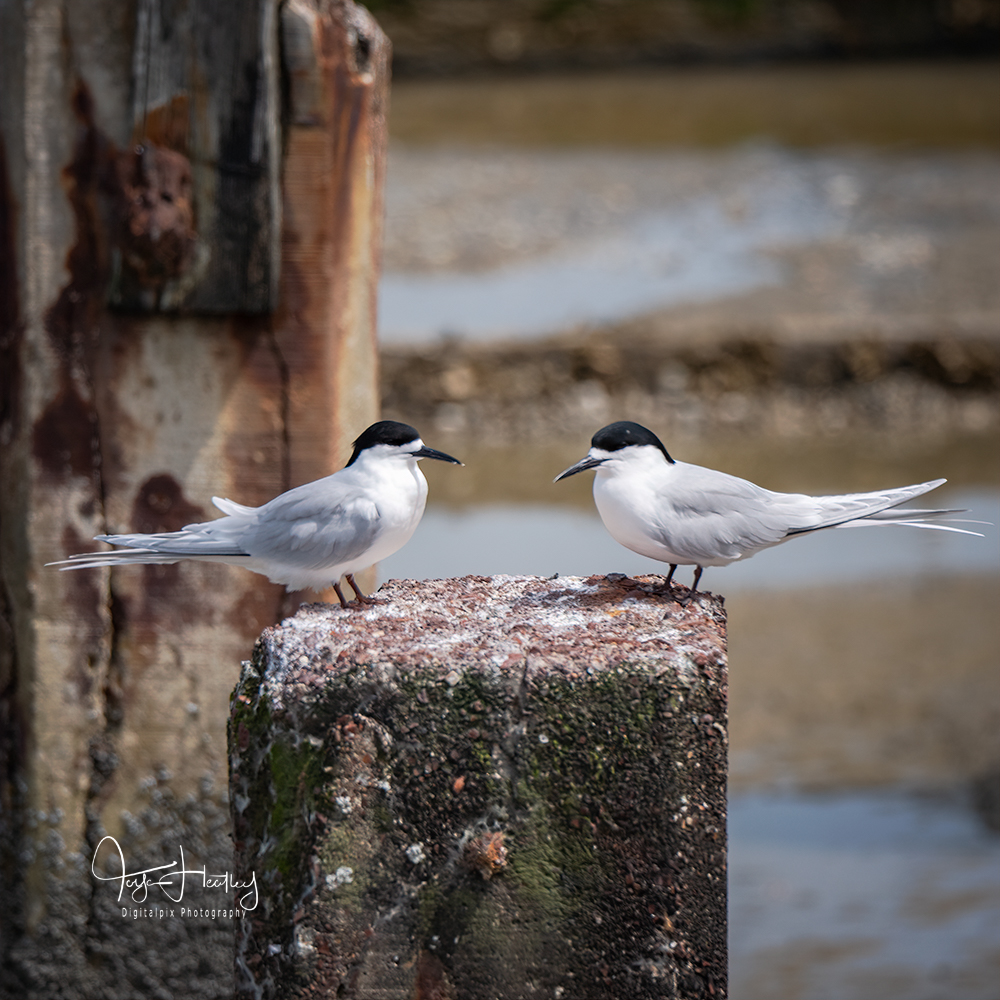 The tide was indeed further in that the day before and the water was much calmer, and bluer in colour, however we didn’t even look at the water.  There were terns everywhere!  Most of the posts from the old pier had at least two or three terns on it, often with one of them carrying a small fish to attract a mate with. 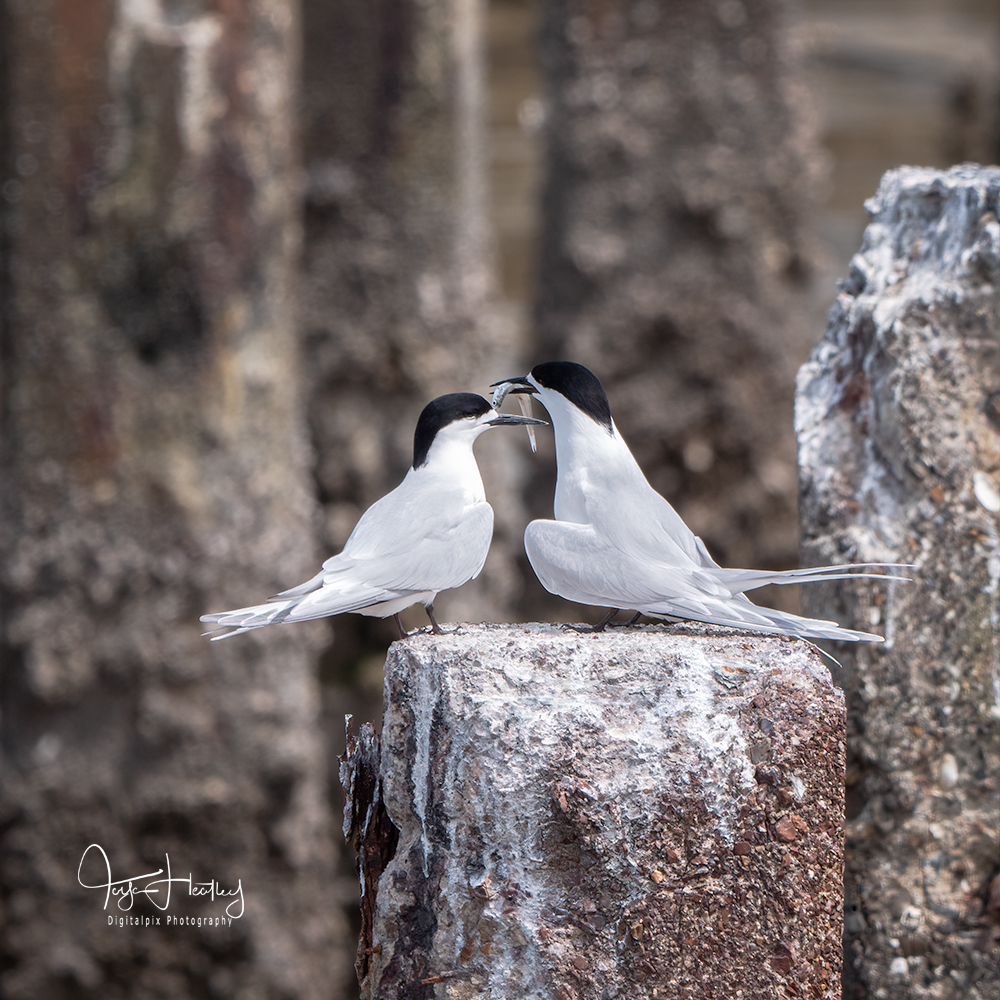 The white-fronted terns are such graceful birds.  Their mating rituals were in full swing and there were a few times when we saw the female bird completely ignore one male offering a fish and instead went off with another bird who had nothing to offer.  The rejected bird ended up sitting alone still holding on to the little fish.  I almost felt sad for him. (See top image) 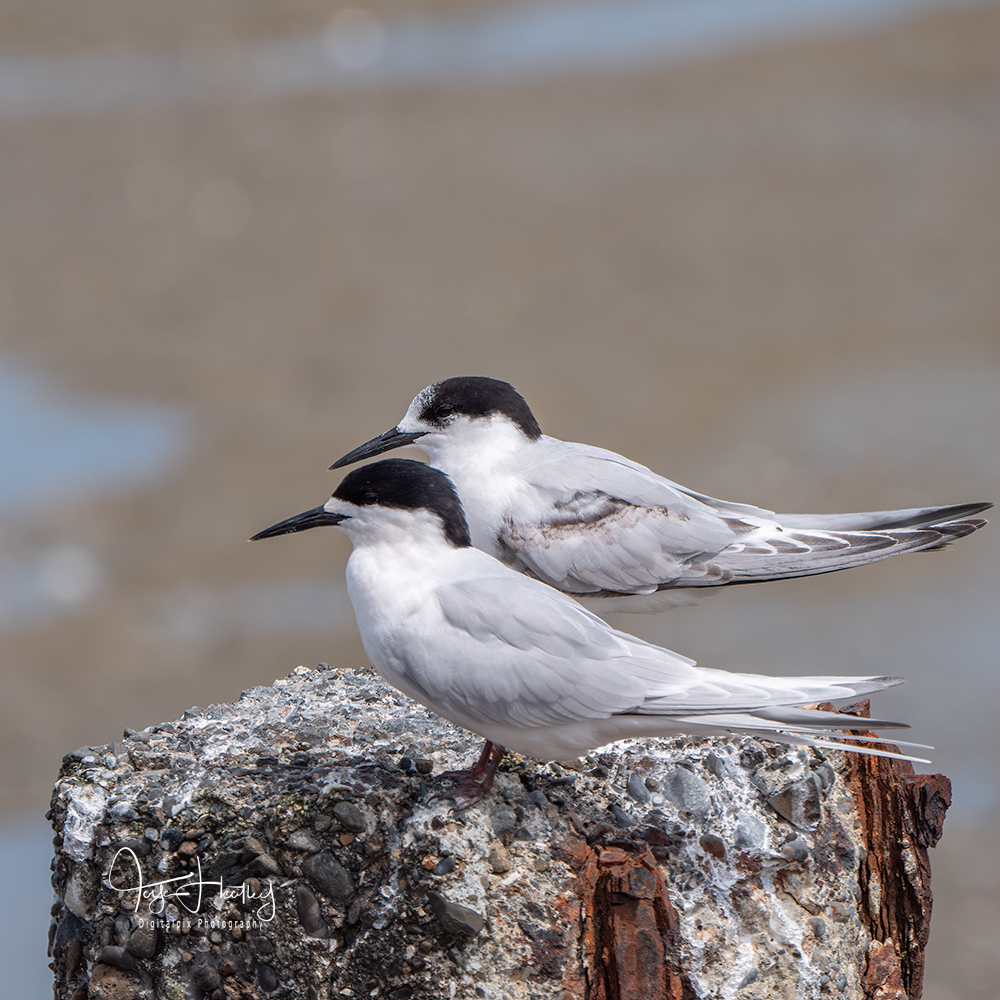 After we had been there a short while I noticed a kingfisher perched on an old bolt that was jutting out from a post. It had a large shrimp in its beak and was busying trying to kill it with a thrashing before devouring it for dinner.  At one point the terns above were having a bit of a row and the kingfisher objected quite loudly.  This was a behaviour I had not seen before. 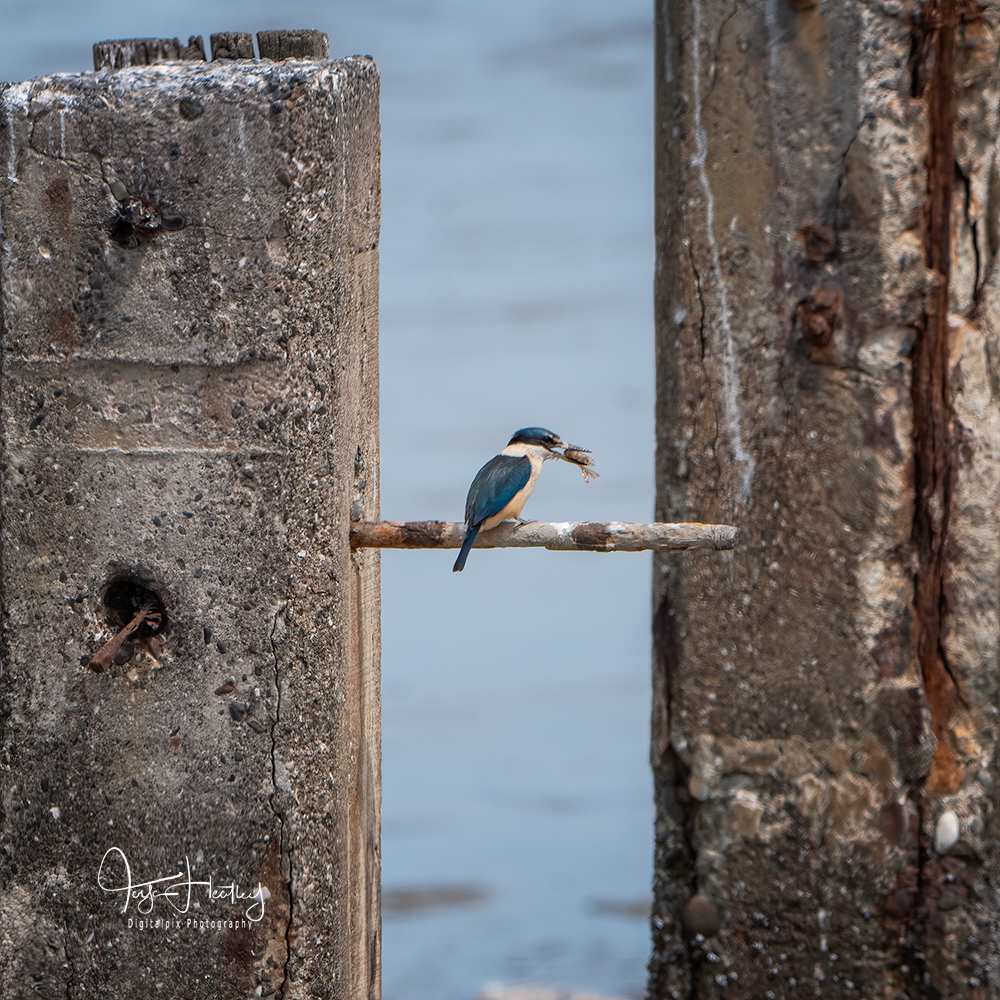 I have so many images from this shoot still to process, but I have picked out a few of the best to show you in this post.  Coming home from a holiday and processing the images is almost as exciting as the holiday itself!  I might have to go back there next month too!  Thames have a Steampunk Festival that will be fun to photograph! 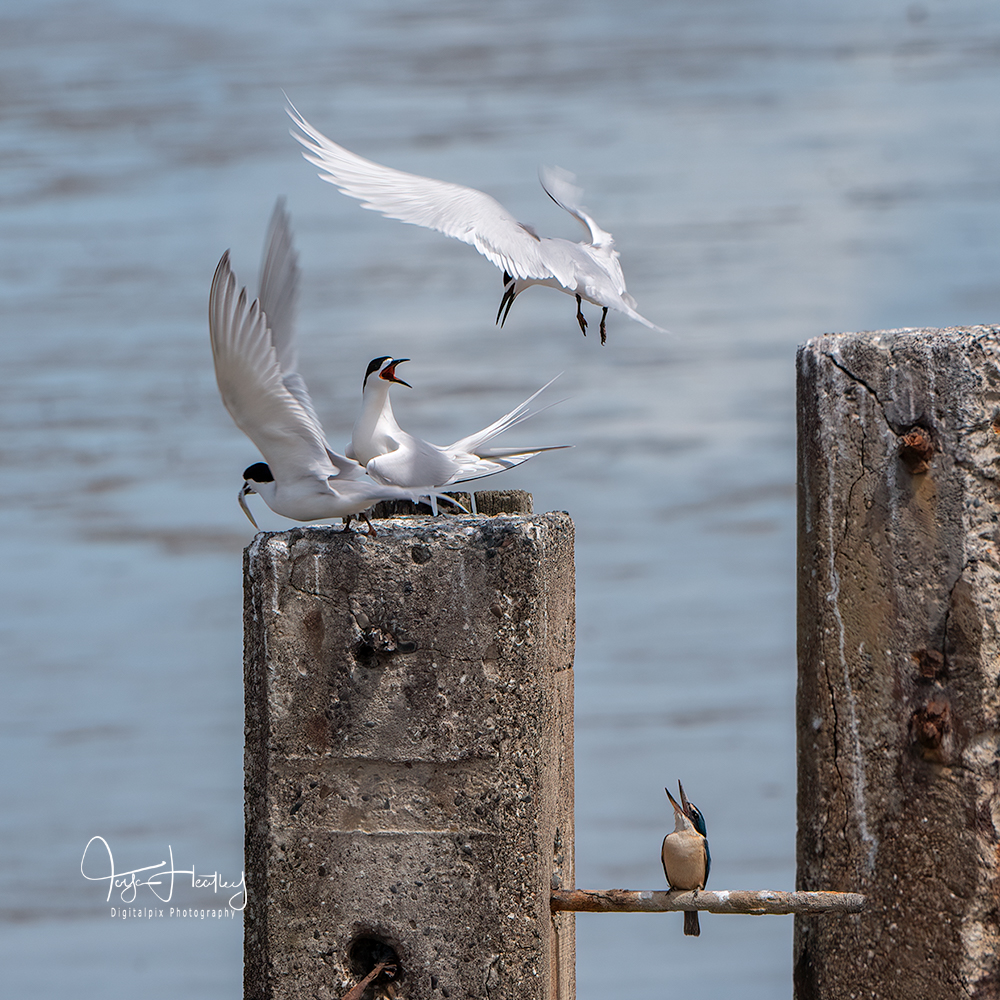 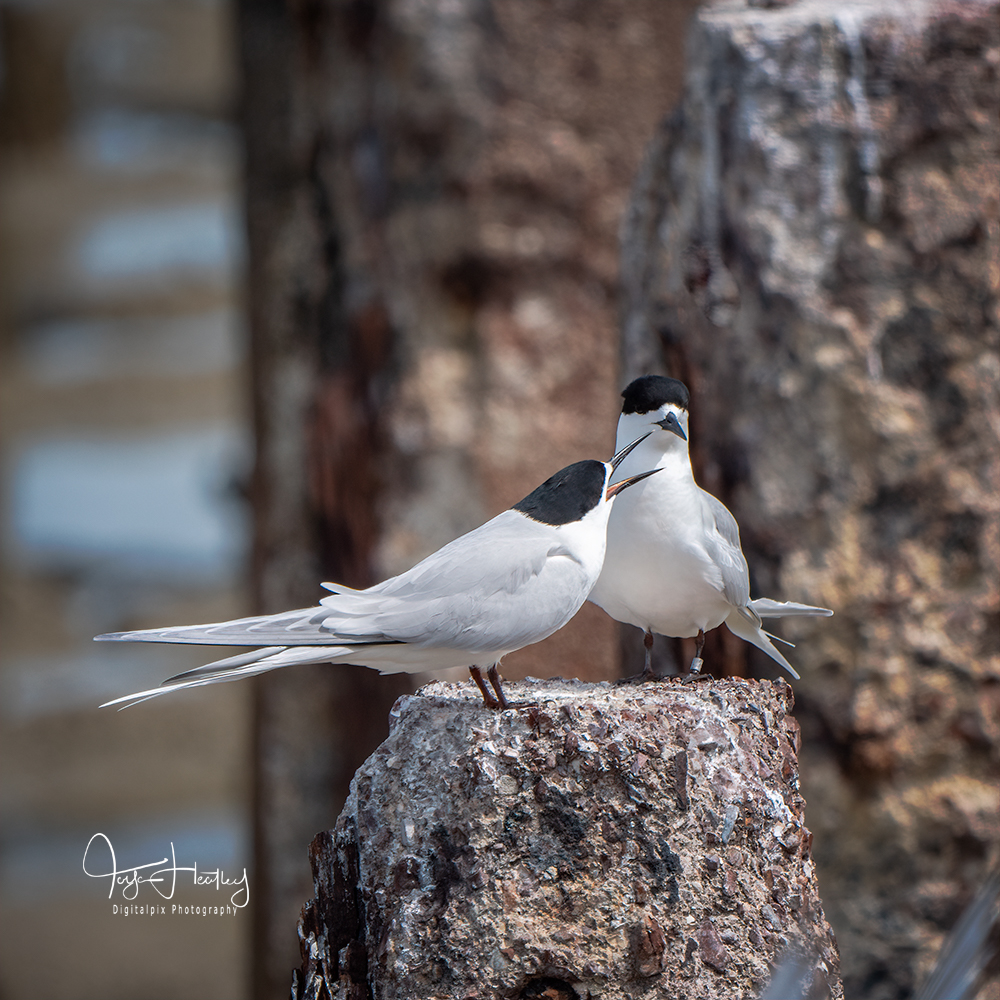