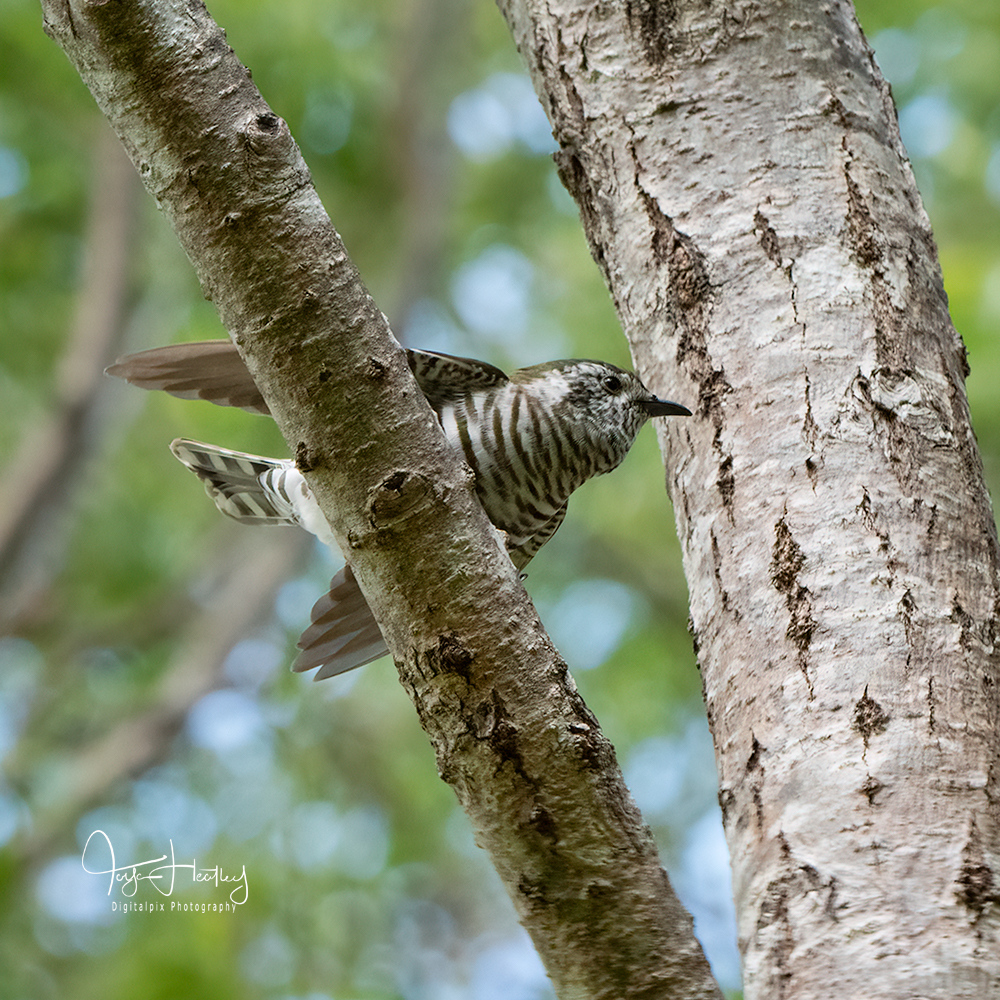 Third day in a row I have been out with the camera. I love long weekends!  This morning we headed to a local bush walk that I had not been to before.  We didn’t get very far down the track before we realised that there was a creek to cross and neither of us wanted wet feet. So we turned around. 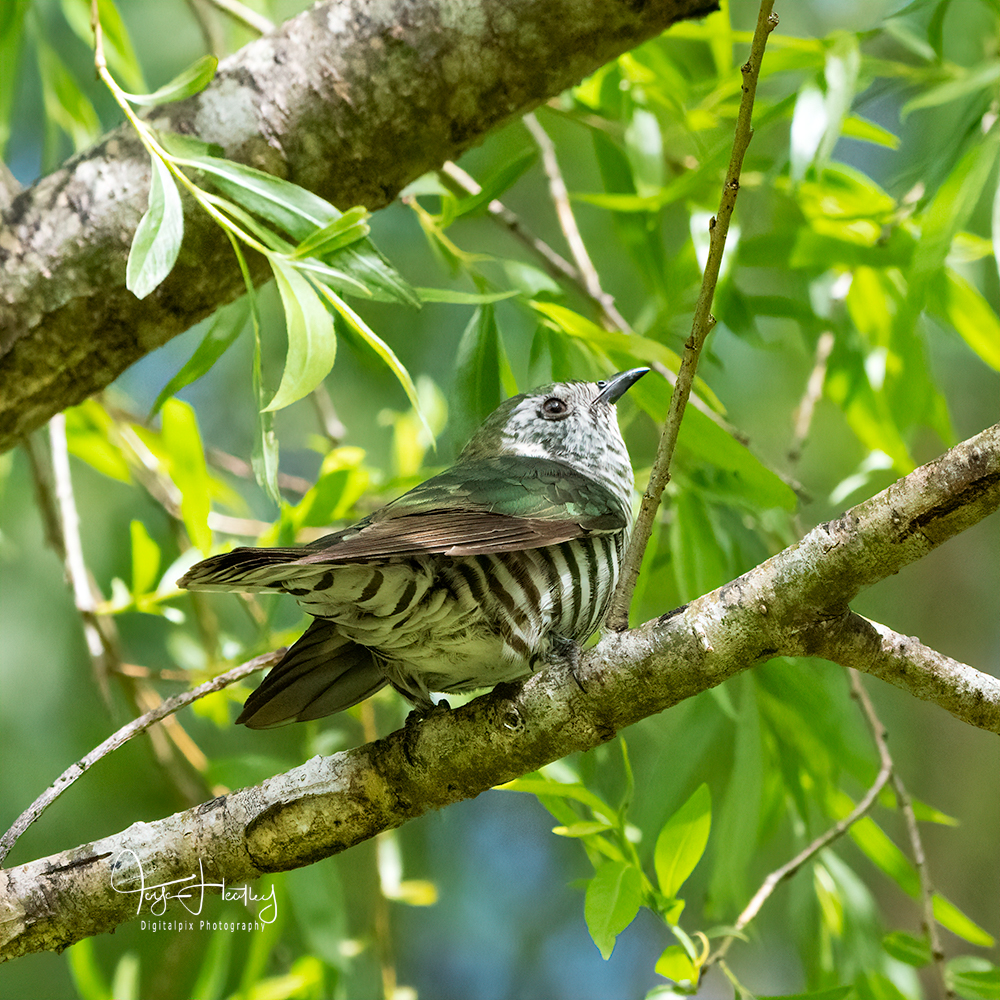 On the way out we heard, then saw, a couple of shining cuckoos.  They were spreading their wings in an aggressive stance at each other and moved so fast it was almost impossible to photograph them.  Then the weirdest thing happened.  A small fantail started to chase them off one at a time, and every time they flew back the fantail attacked again.  I have never seen this before. 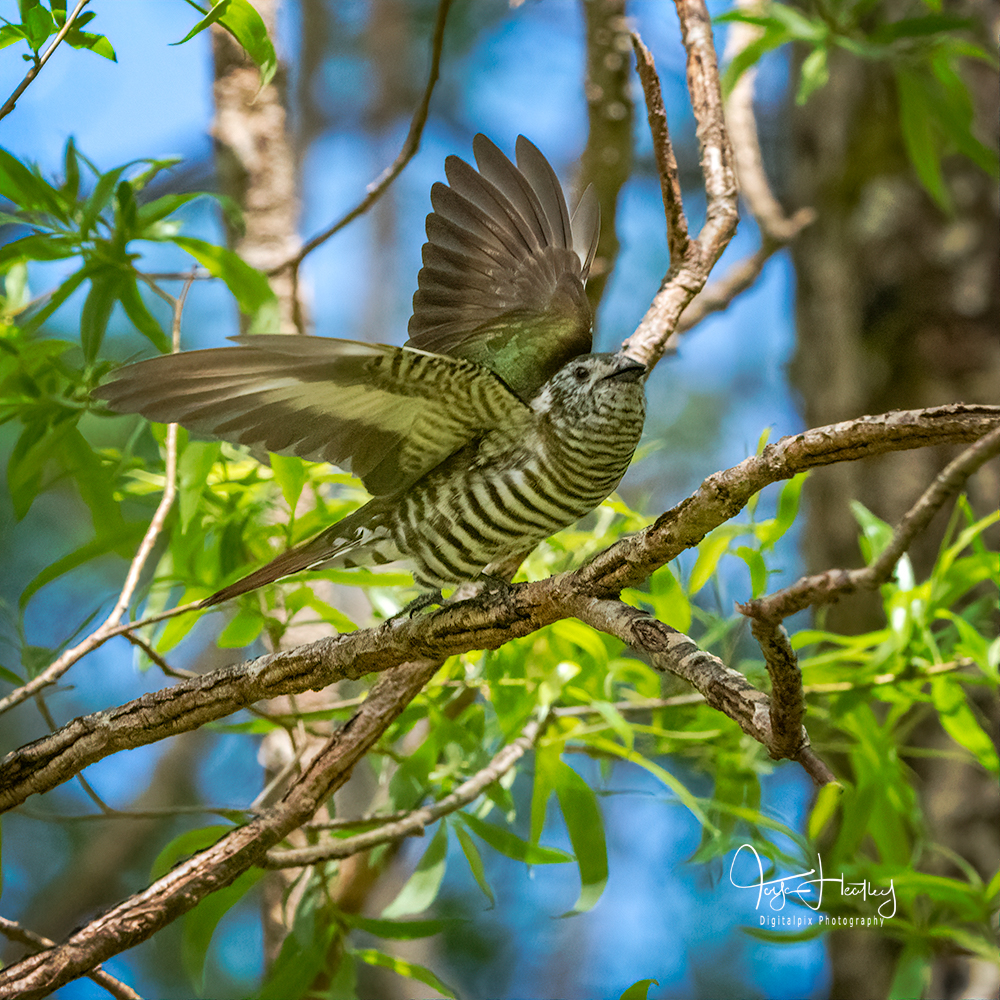 We were both trying to get a shot at the cuckoos and not having much success because the moment you got them in focus, they were gone.  So frustrating!  I also managed to knock my f-stop dial to the completely wrong setting. However I am not one to give up easily and after quickly fixing the f-stop and while they were still active with the fantail, I managed to get these images. I am super pleased with them. 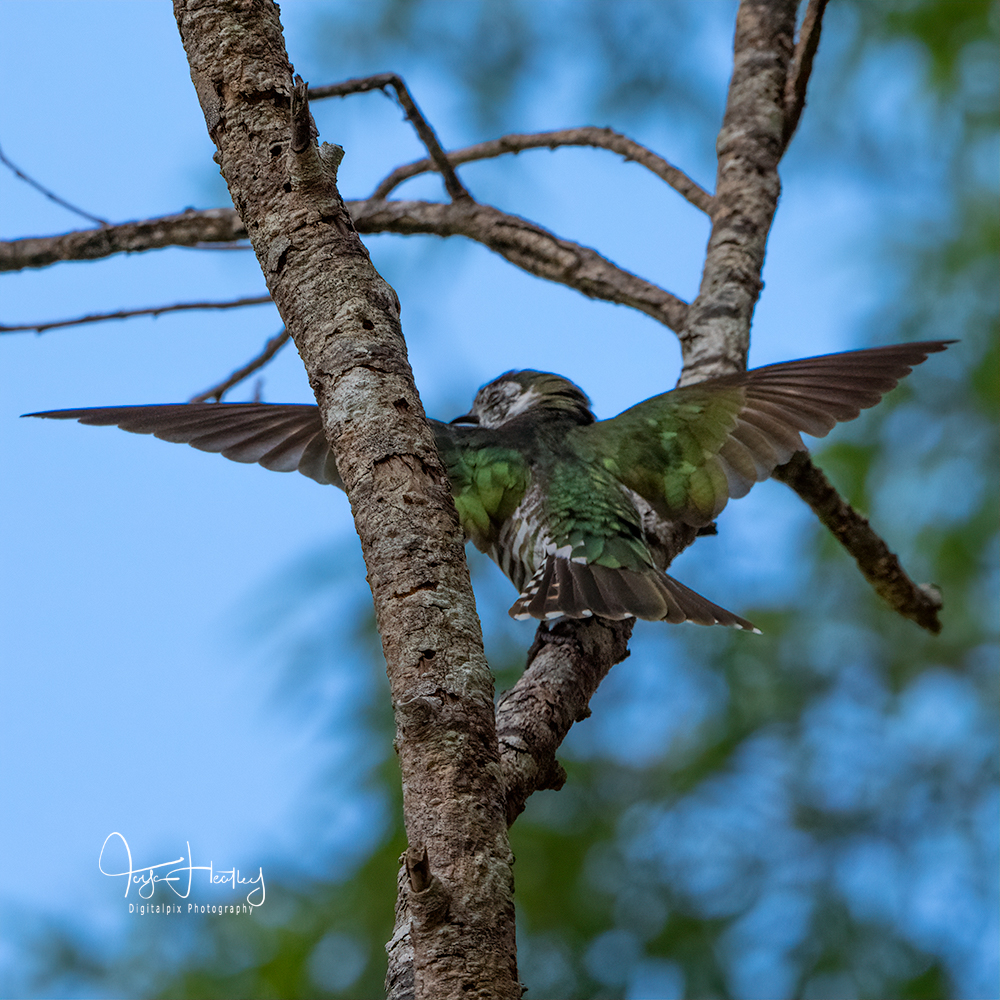