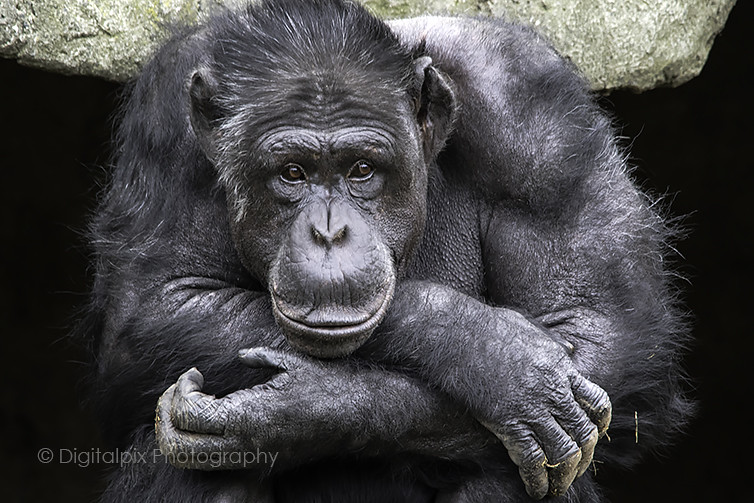 We had a 4 year old in the car with us, along with her mother and my son as we travelled to the zoo and she was busy singing quietly in the back. It was the Wellington Zoo open weekend so we all decided to pay a visit to see what has changed in the past couple of years. 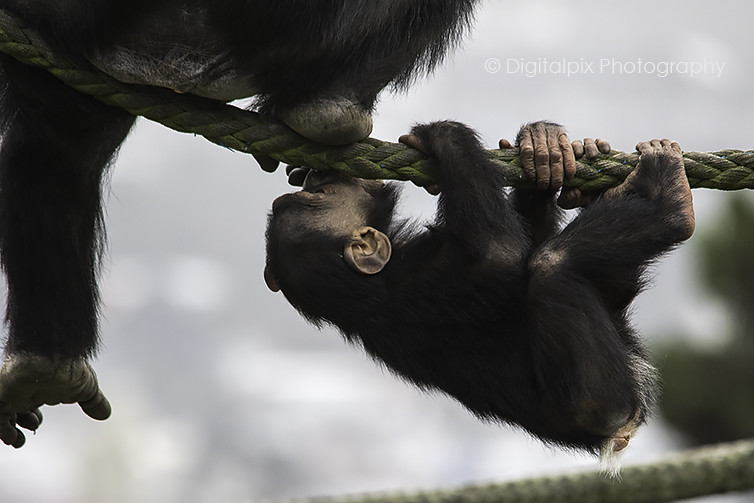 I decided to focus on one area only of the zoo so as not to overtax my feet climbing hills. I chose the chimps.  I sat myself on a wall and watched for a while.  I found it really interesting watching the interactions between the chimps both young and old.  Things that would normally be missed during a quick walk by and look. 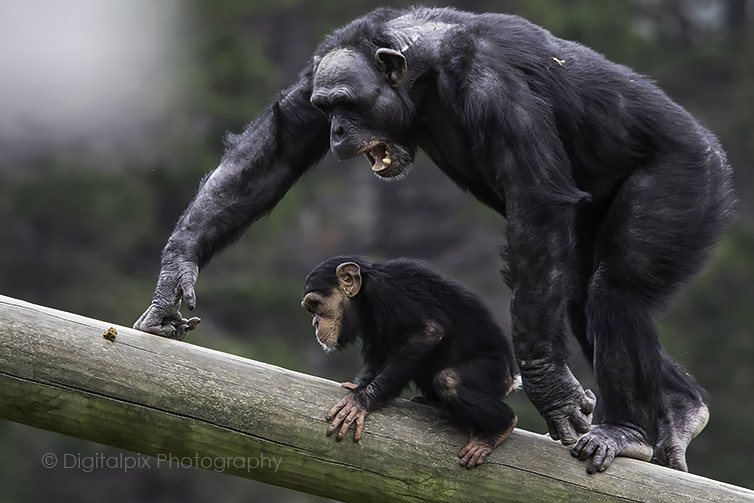 There were fights that were stopped in the most interesting ways, there were playful youngsters deliberating stirring up trouble then running away so as not to get caught up in it.  There were mothers being fiercely protective of their young and there were rowdy males asserting their dominance. 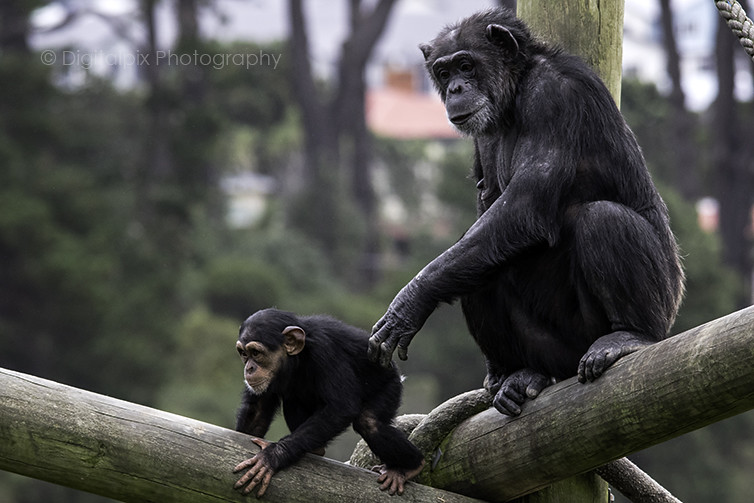 It was a hugely entertaining morning and thankfully I have many images to remember it by.  The still images don’t tell the entire story but they do give you a bit of a look into the lives of the chimps at the Wellington Zoo.  Next time you go there, take the time to just sit and watch.  You won’t regret it. 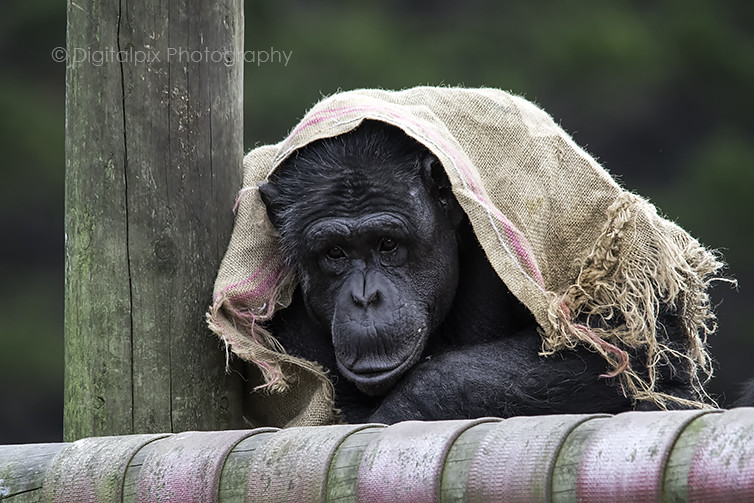 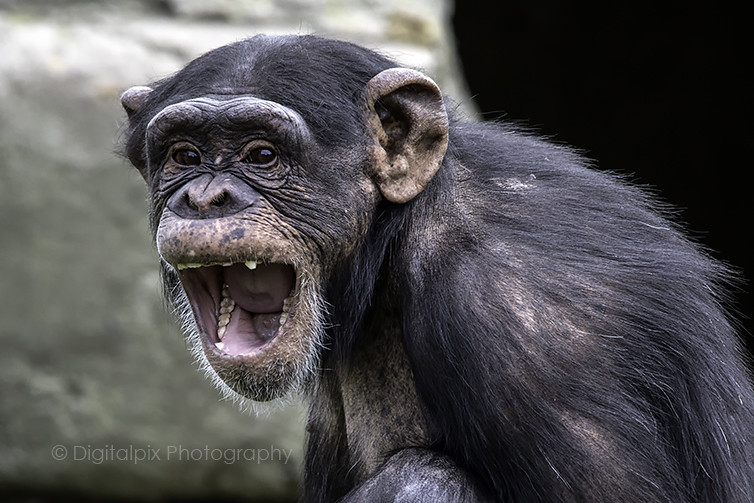 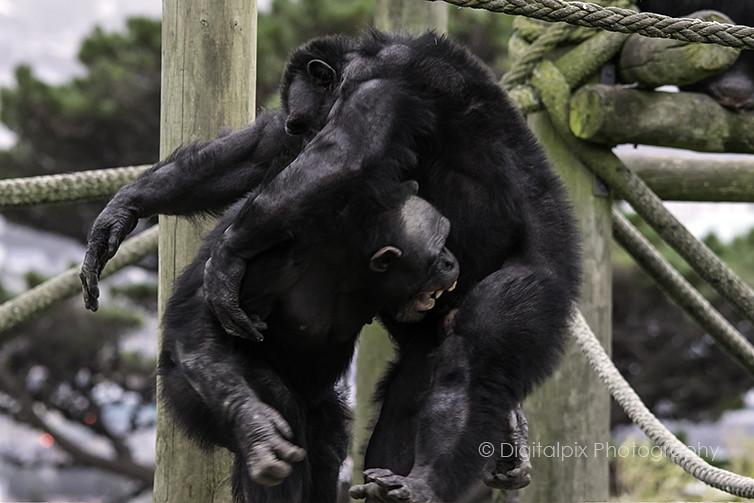 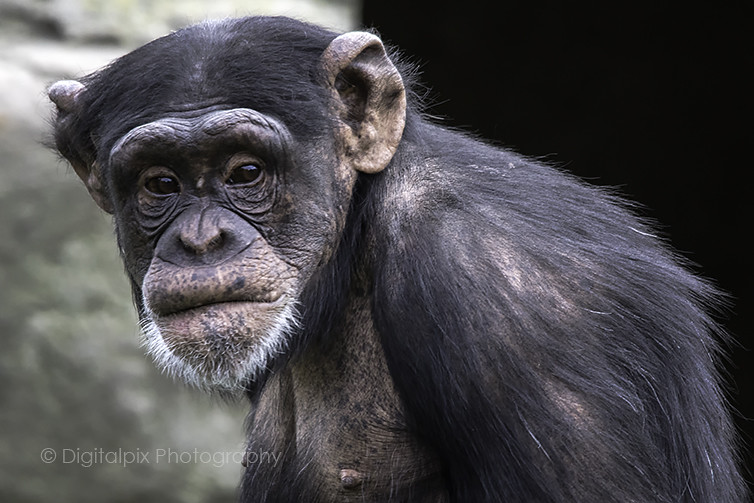