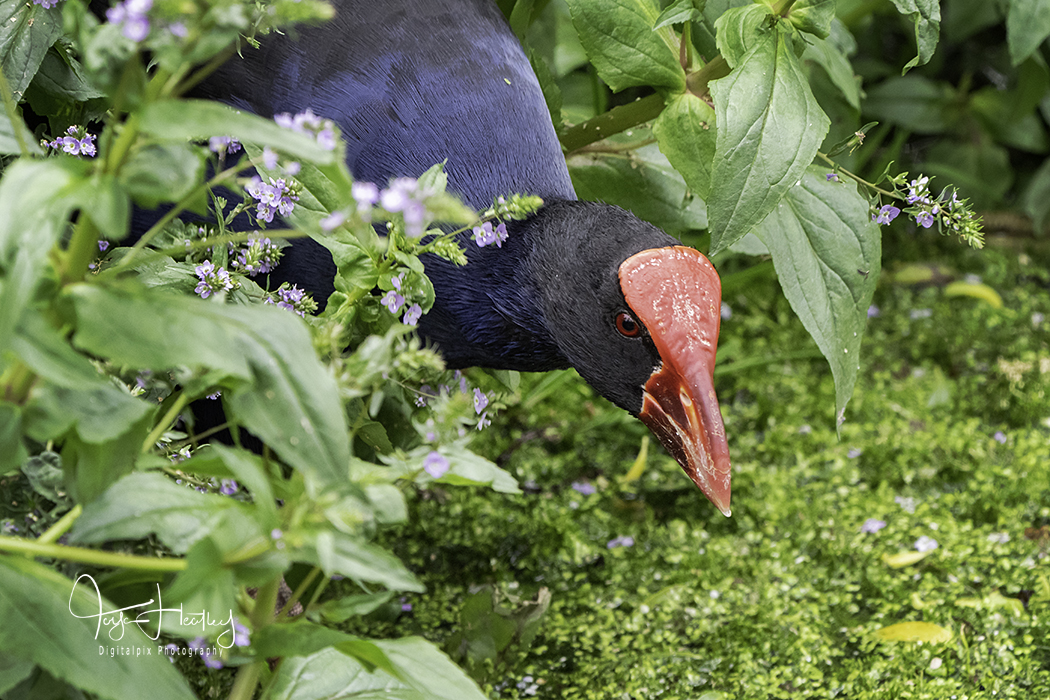 When I first arrived, there wasn’t a pukeko to be seen anywhere.  Plenty of ducks, a couple of kingfishers and a magpie but no pukeko.  I was pretty certain that there should be chicks there at this time of year but was a little disappointed not even to see any adults.  Then a head poked out from the  weeds and looked about. 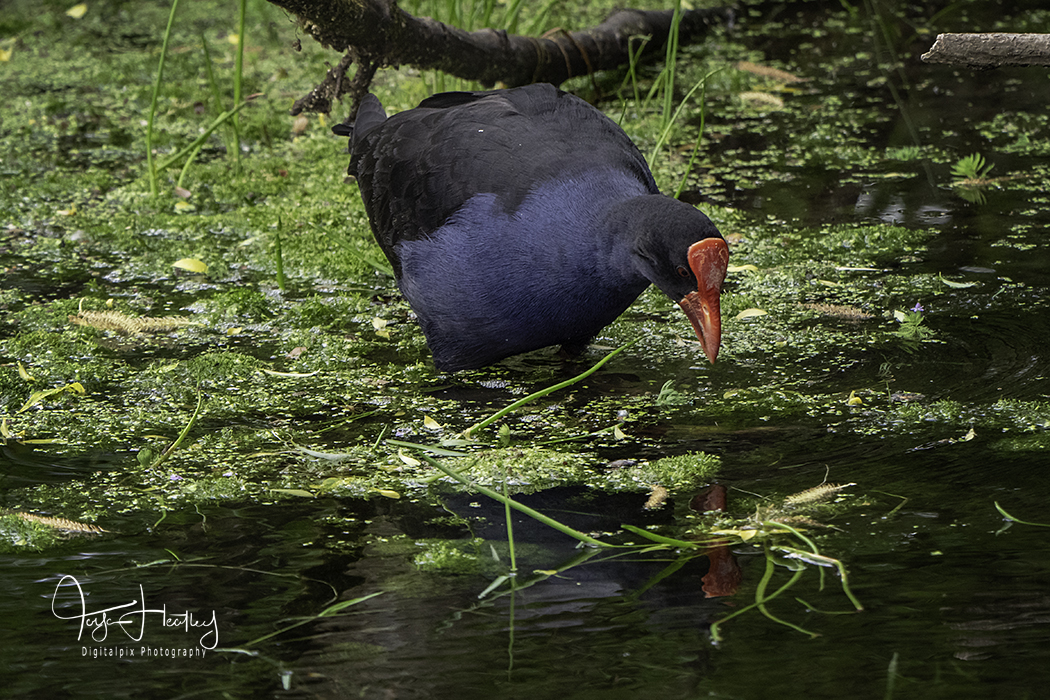 The adult pukeko seemed to stop to check out its reflection in the water before slowly making its way over to where I was standing.  It didn’t stop either, it walked right by me and up the hill.  I am assuming it was a distraction attempt because it was about that time that my husband wandered off to check out some movement on the other side of the stream. 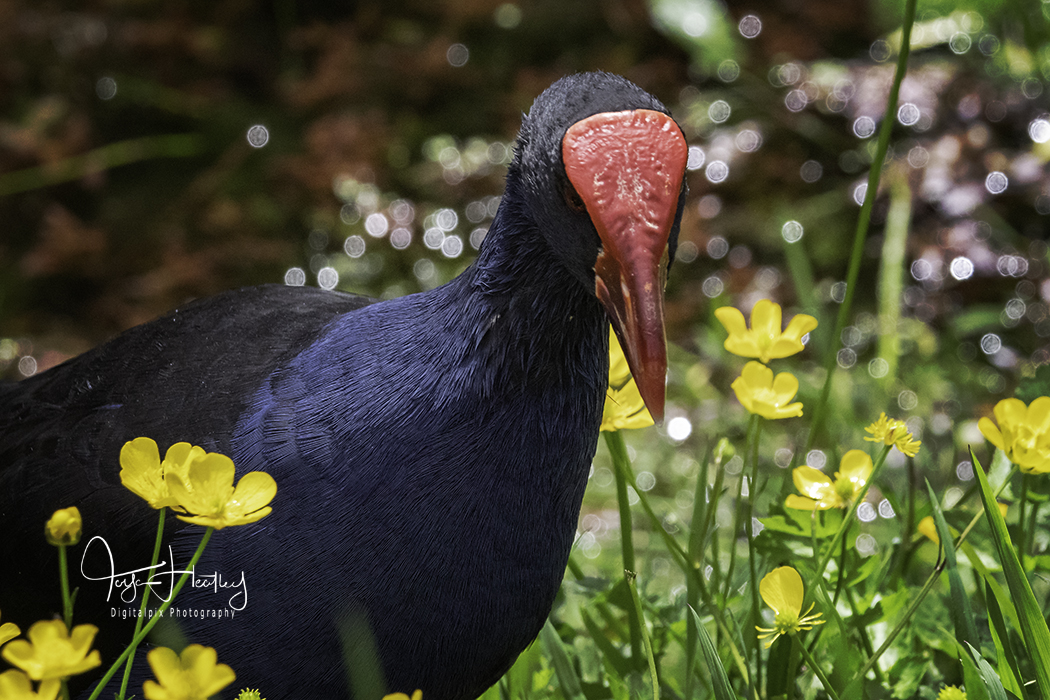 Sure enough, while the adult bird was intent of distracting me, two chicks were making their way out of the weeds into the stream to feed. The chicks were a bit older than I was hoping for but they were still cute with their little white spot on the end of their beaks. I enjoyed hanging out with them for a little bit before the parent birds once again called them back into the cover of the weeds. 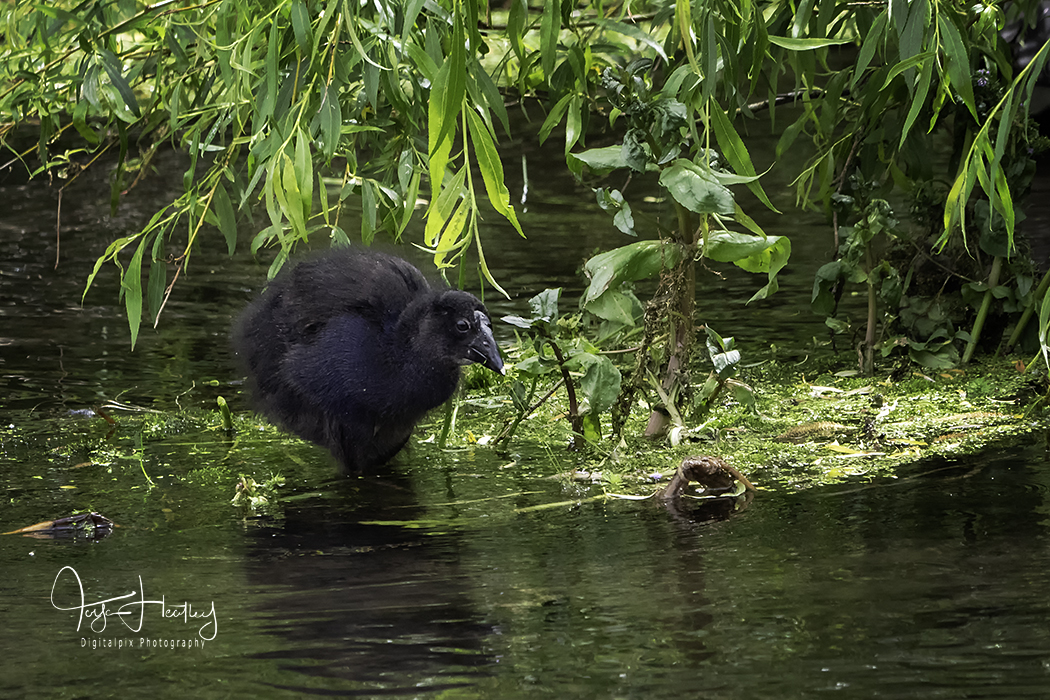 I plan on returning tomorrow morning with a chair so I can spend more time with them.  I also want to see what else will show itself if I spend enough time there.  Watch this space for tomorrow’s results. 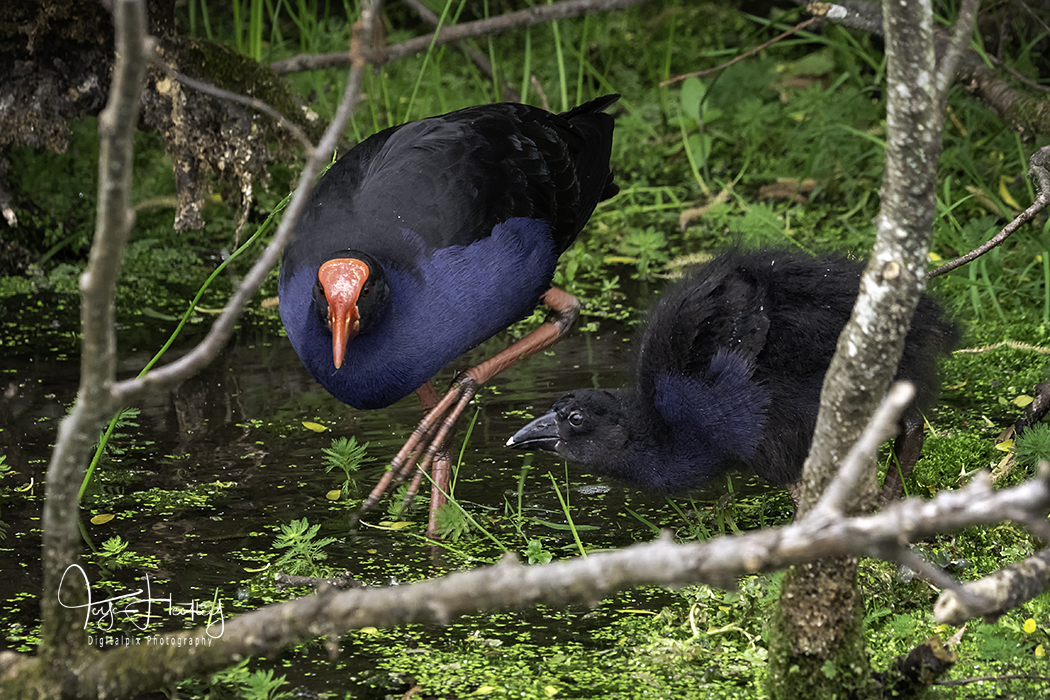