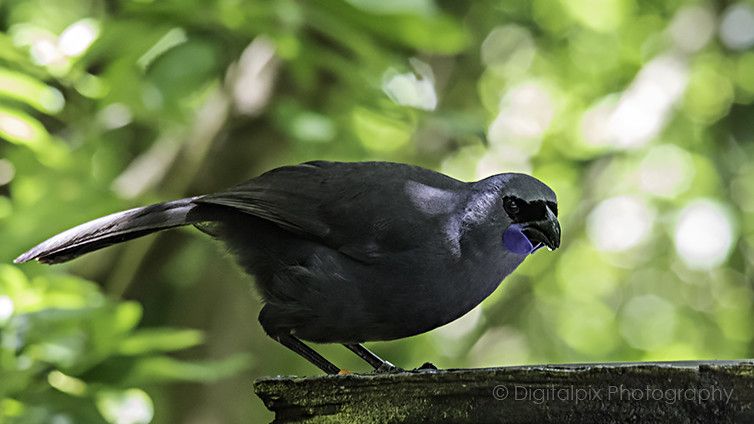 The first time I visited Tiritiri Matangi Island was not long after my back injury and I was not able to walk all that well.  Determination is what both what got me there and through the walk to the light house and back.  So you would think that knowing the walk I would make sure that I was completely fit before attempting it again – but no, this time I went still using one crutch while recovering from foot surgery. 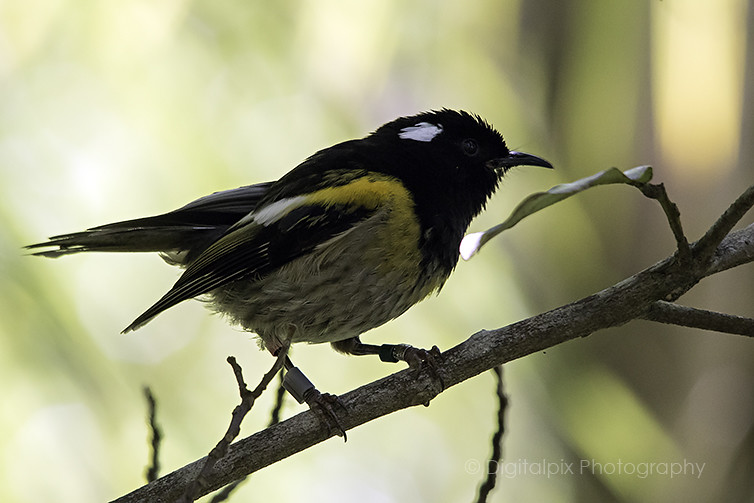 Yes I knew there was a hill to climb straight off the boat, but I also knew the places I wanted to get to and was willing to forego the walk to the lighthouse where the Takahe chick was until I am able to return fully mobile.  My first stop was the Hihi feeders and wouldn’t you know it, they were not using the feeders at that time of year due to the abundance of natural food about.  I managed one or two shots of a male Hihi but that was all. 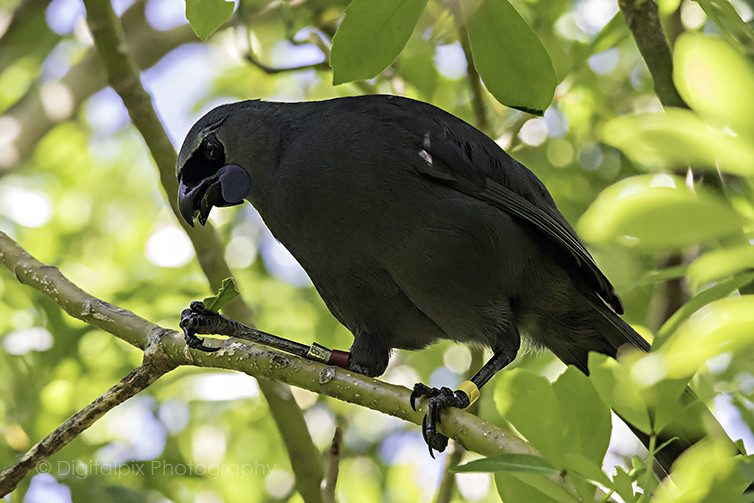 Then we walked on until we reached the bench seats near the little water trough.  That was as far as I was able to walk, knowing I still had the return trip to do, so we settled down for the duration. My husband with his book and me with my camera.  Every now and then a bird would come in for a drink or a bath and then fly off. 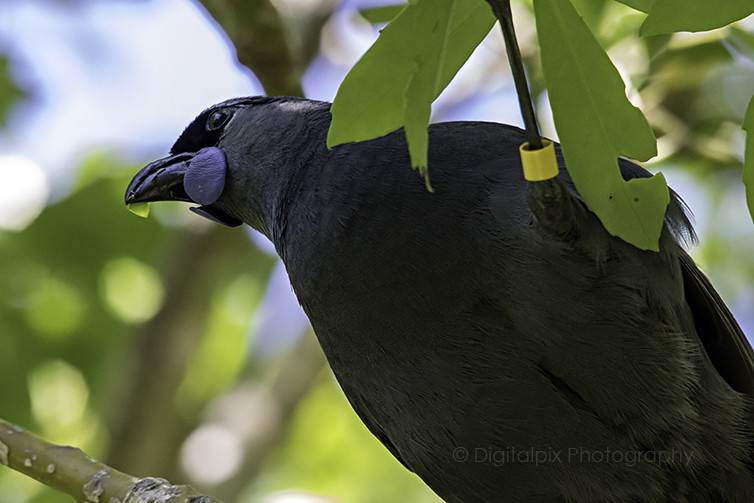 The only noise that could be heard (other than birdsong) was the shutter going off at 10 frames per second.  The light wasn’t terrific but I wasn’t worried about that too much.  I was super excited when I looked up and saw a Kokako above me and it was at that exact point that a group of people decided to walk past. 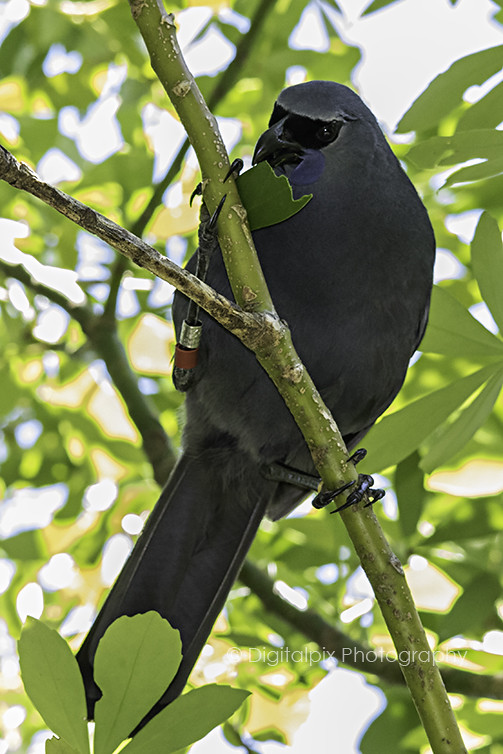 I was hoping that the bird would stick around and thankfully it did.  I was fascinated to watch it break off a leaf, hold it in one foot and then eat it bit by bit. Then it flew right down in front of me for a drink. 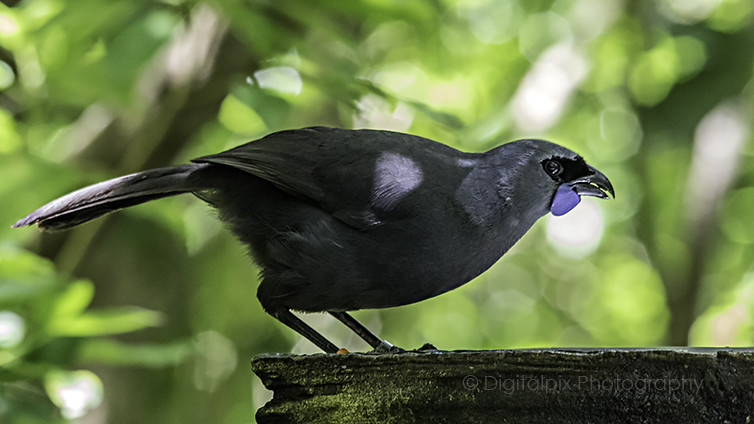 They may not be award winning images but they are the first Kokako photographs that I have taken and I am extremely happy to have achieved that.  They are such beautiful birds, I wish we had them in Wellington so I could photograph them more often.