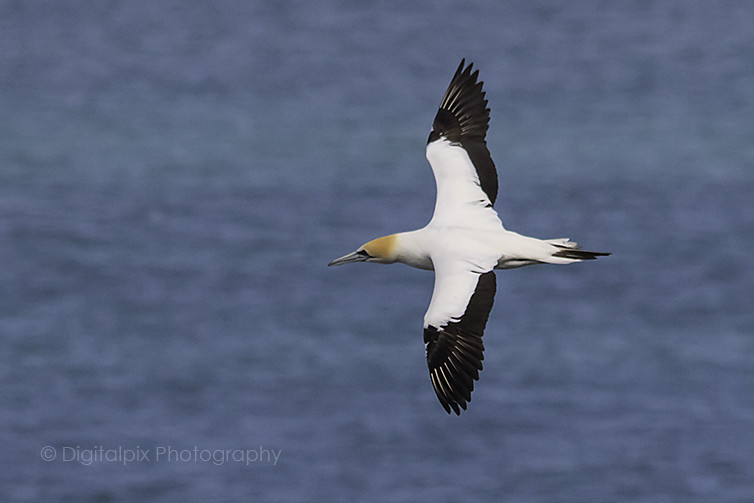 Having never been to the Muriwai Gannet Colony before I had no idea what to expect.  I had been told you can’t get as close to them as you can at Cape Kidnappers but I suspect that is slowly changing because the colony is obviously growing and the birds were indeed fairly close to the lookout areas. 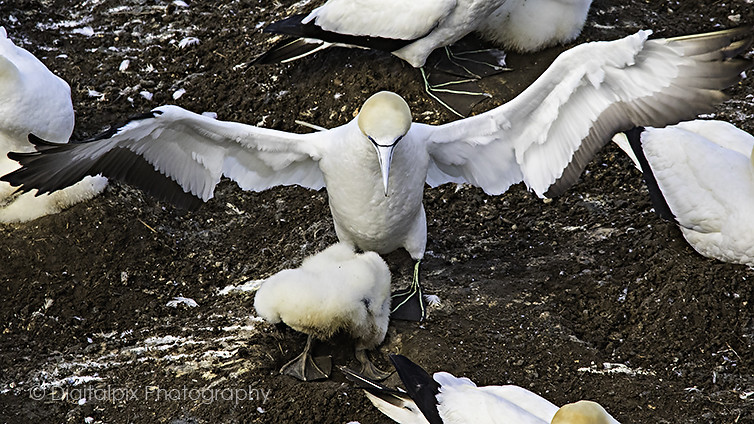 The main difference is that at Muriwai it is almost impossible to get them at ground level. I also observed that they had more space around their nests – a wingspan seemed to be the measure of the moment with one bird making sure that no one else was too close to her space. 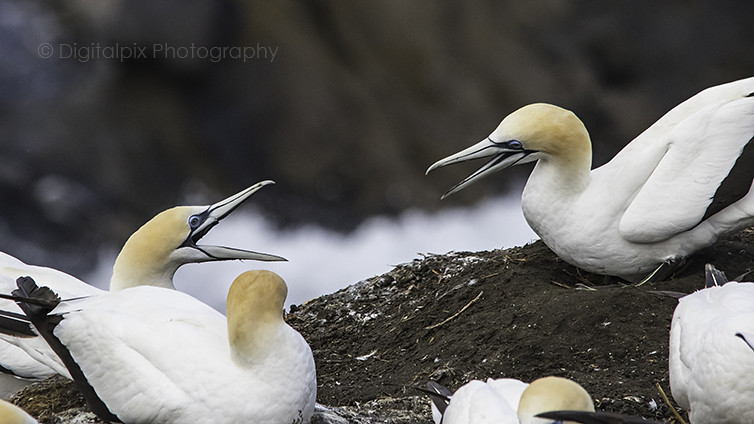 There were also some heated discussions about space across the gaps.  The local flax bush is pretty much on its last legs with the birds pulling it to bits for nesting material.  This was another of the differences from Cape Kidnappers. 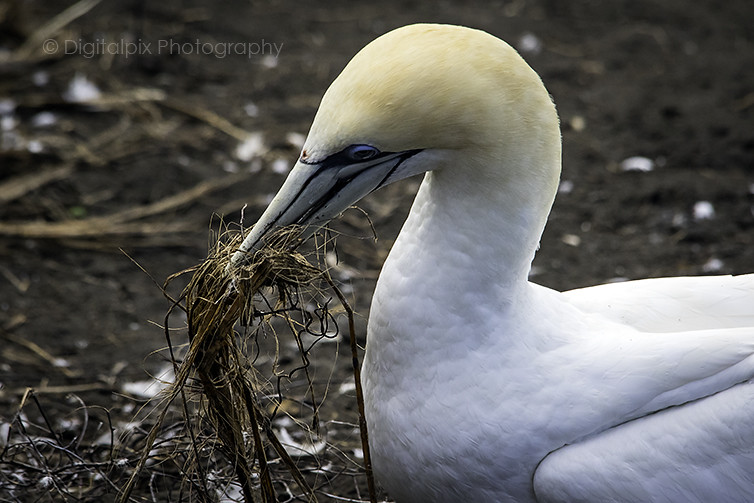 Here they were using flax, grass and anything else they could find, where as at the Cape Kidnappers colony they generally just use seaweed. Muriwai is certainly the place to photograph them in flight as they circle above the waves. I would definitely go back there. 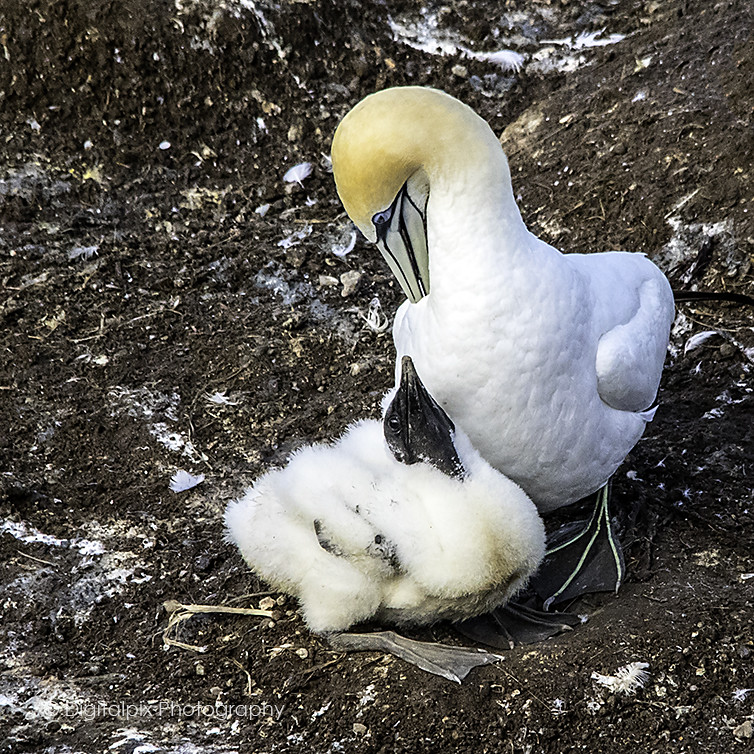