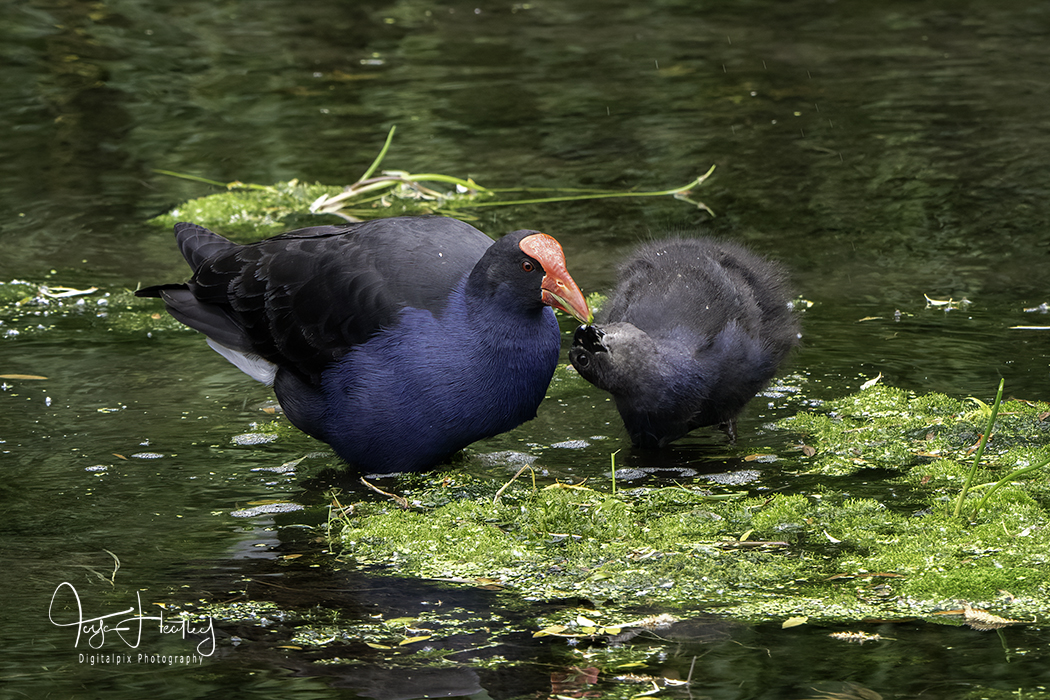 It’s that time of year again when there are fledglings appearing in the gardens and frantic parent birds busy trying to feed the hungry mouths that constantly call for food.  I am still waiting to see the first Silvereye youngster – they are a little late this year, but a friend showed an image of a fantail nest with two rather plump little chicks sitting in the nest.  I suggested a visit immediately but decided that as they were back lit at the time, it would be better to visit them in the morning when the light was behind the camera instead. 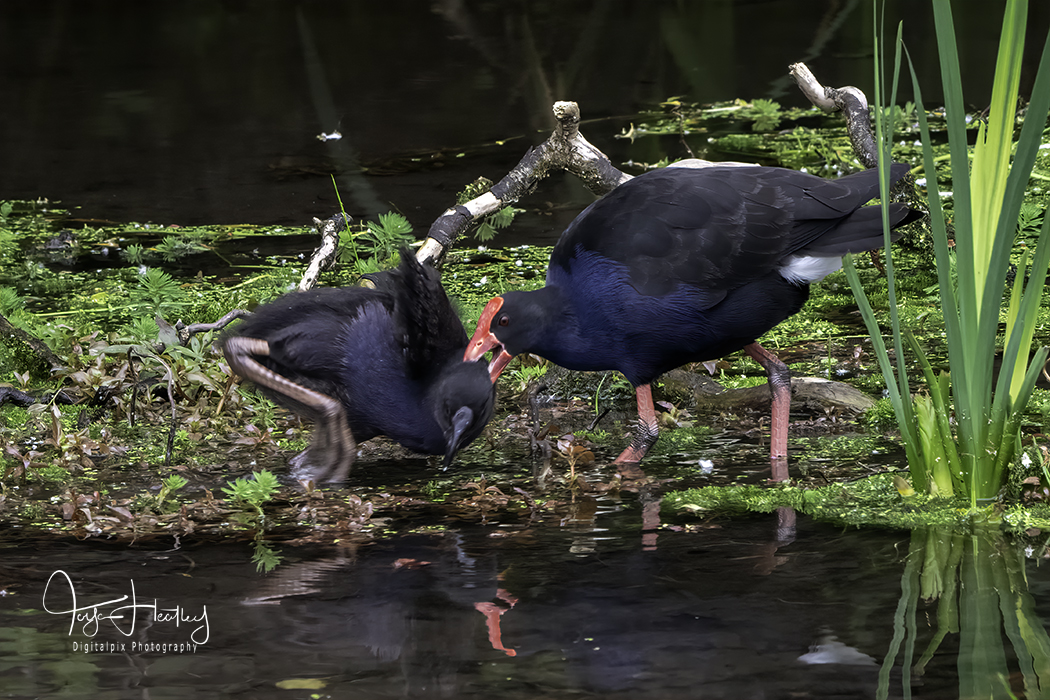 Unfortunately when I arrived there at 9am ready to photograph baby fantails, I was disappointed.  The nest was empty and there was no sign of the chicks anywhere.  I could hear them in the distance and did see the parent birds heading over in that general direction, but they were not accessible to me so I don’t have any fantail images to share with you.  Rather than have nothing, I headed to the home of the pukeko family to see how the youngsters were doing there. 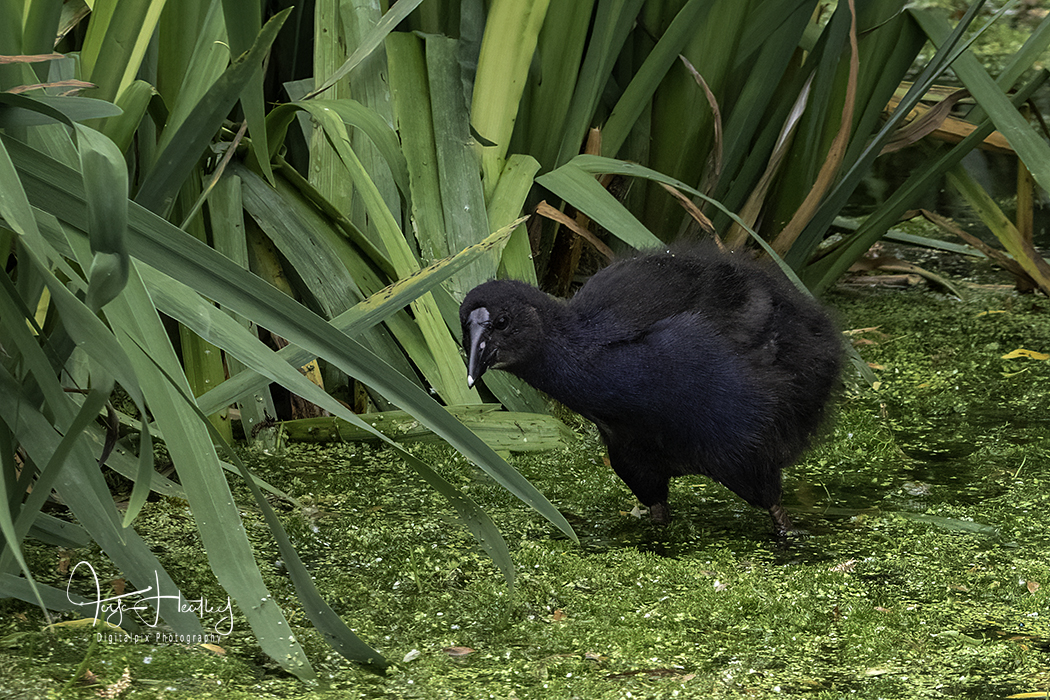 After the first scan of the area there wasn’t a pukeko to be seen, but on a second look and taking the time to listen, the chicks were found. They obviously decided that I was not a threat because they came out into the open and I managed to get a couple of shots that I hadn’t managed last week.  One of a parent bird feeding the youngster, and the other was one of discipline. I am not sure what it did to warrant being bitten but it certainly stayed beside the parent bird after that.  Anyway enjoy today’s images. 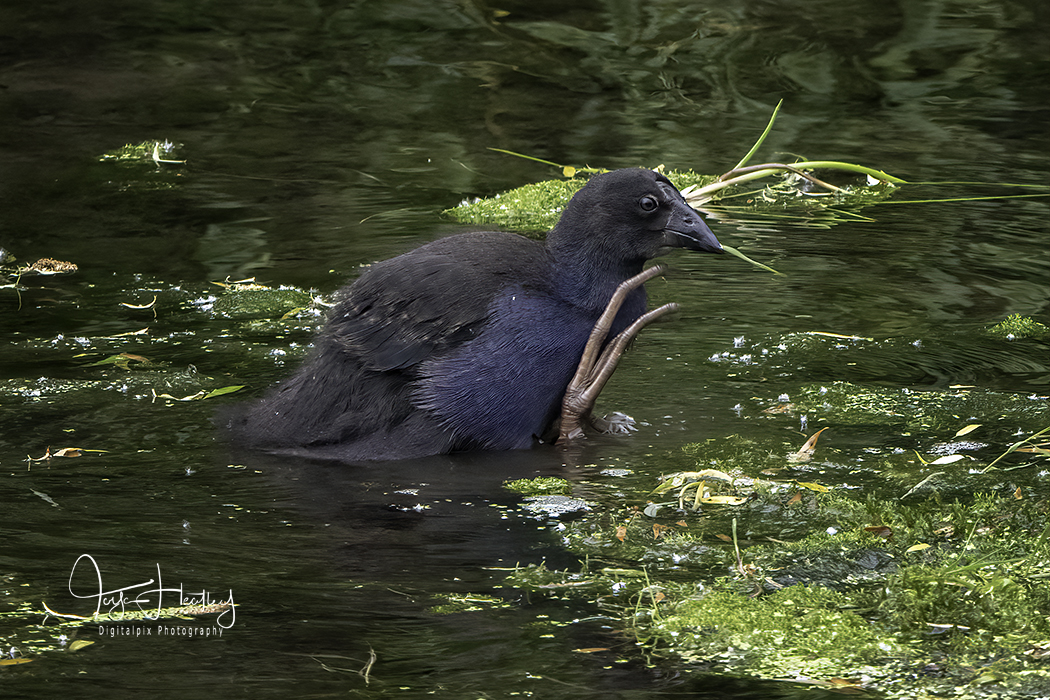 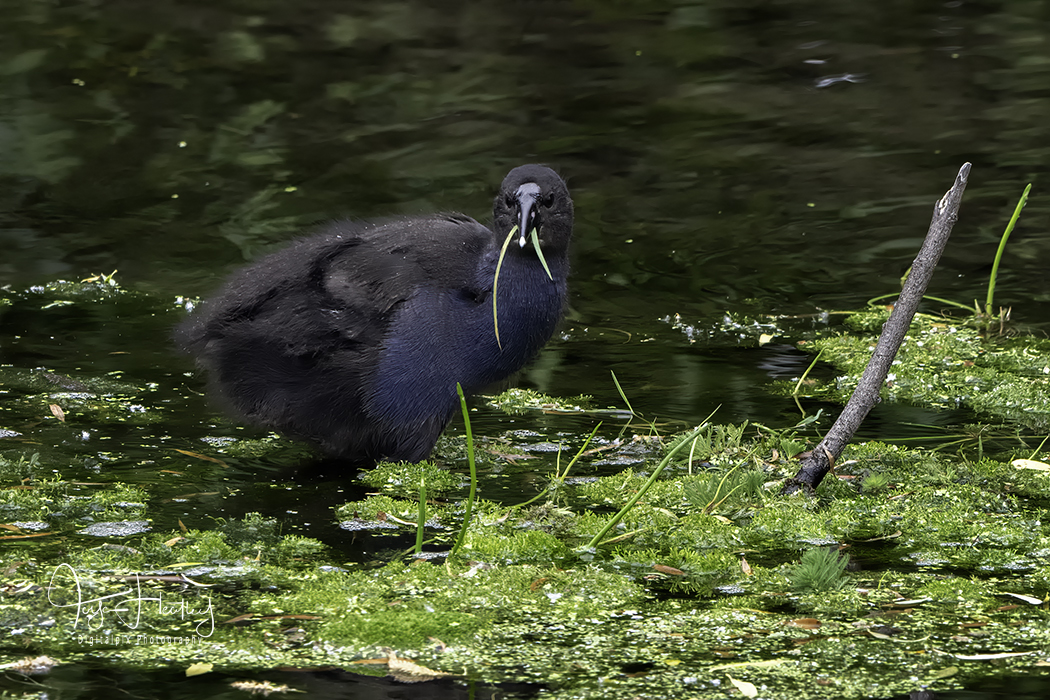 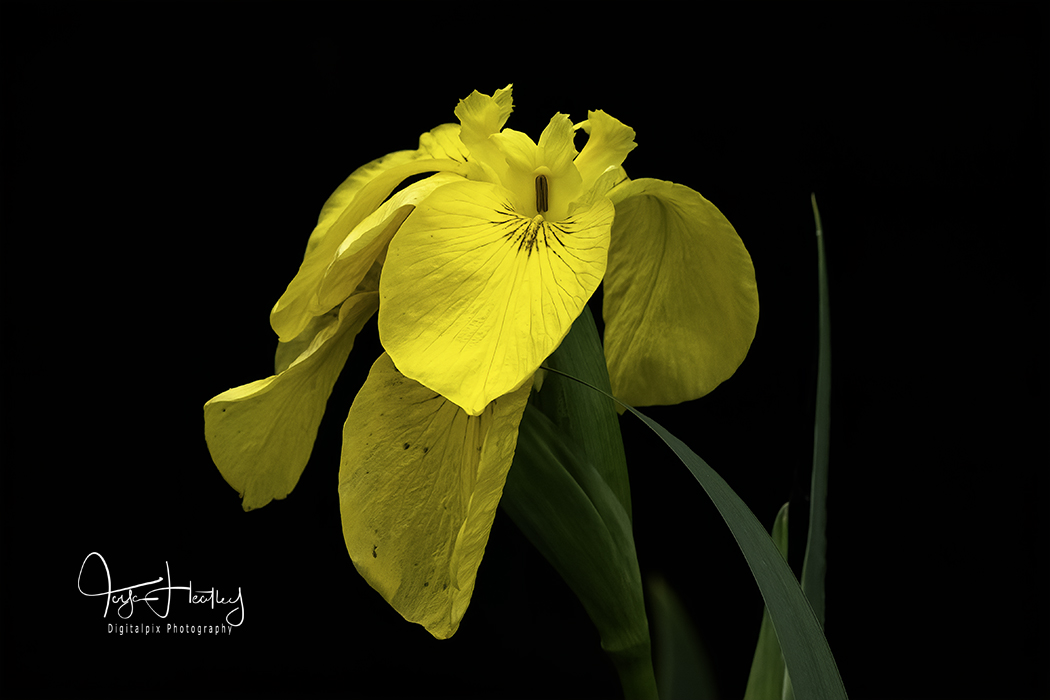