Photographing pets has never really been my thing, mainly because of lack of opportunity.  Currently the opportunity is very close so I took out the camera to see how easy it is to pose a puppy.  Answer: it’s not!  We had a lot of fun though and that is what it is always about.  These are the resulting images. 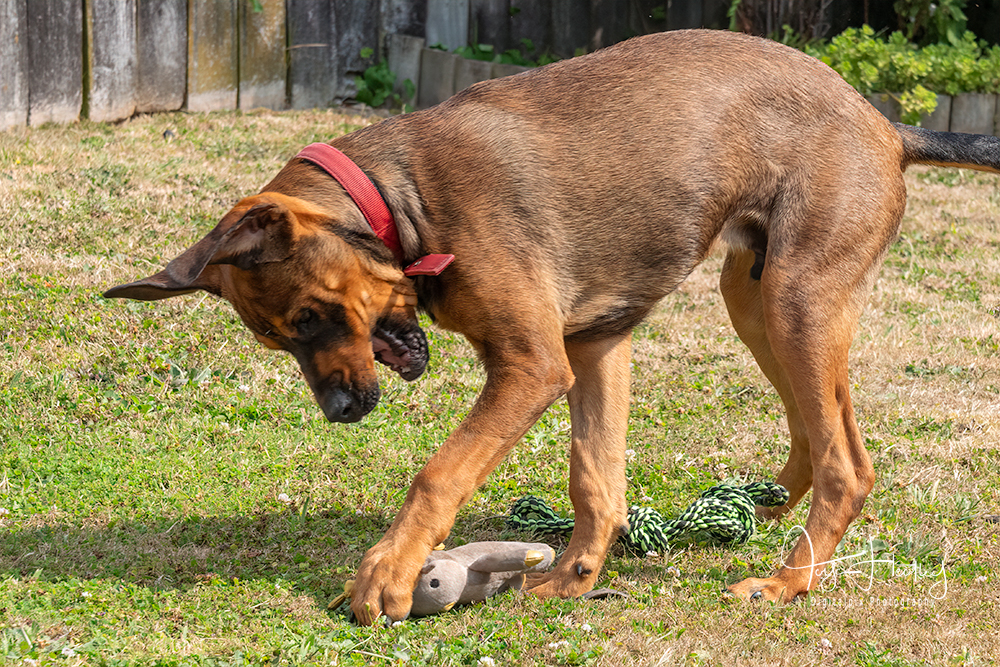 Otter is a rotty/ridgeback cross (or so we have been told) and is cute as a button. With the cuteness comes a good deal of stubborn and a touch of fear (on the pup’s part). New sounds and experiences are to be avoided according to Otter, unless they happen in his safe space. He is a work in progress 🙂 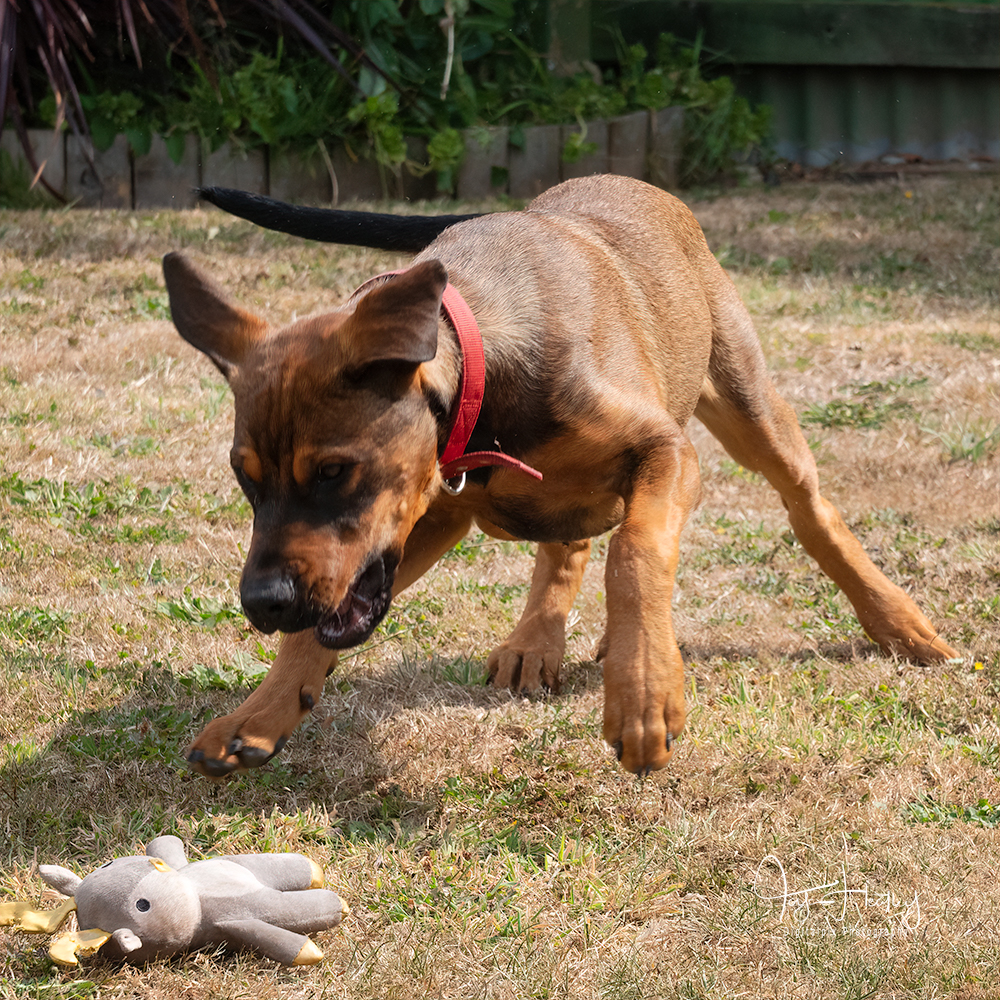 He has learned to sit, fetch and sometimes will even give whatever it is back to you.  He loves to bound about the back yard like a lunatic with his toys.  Gardening is also a pass time Otter enjoys, he has been systematically removing all the plants along the side of the garage. 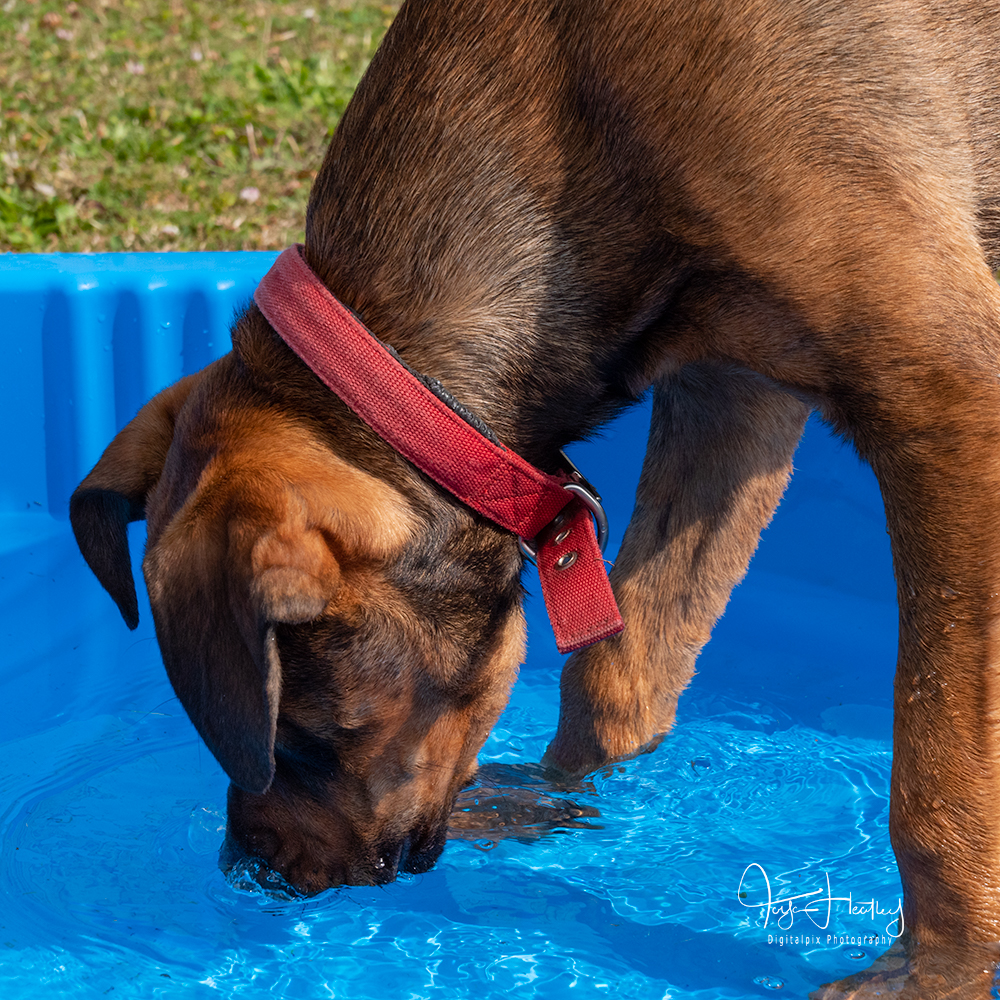 Otter has a paddling pool to play in on very hot days and he has learned to splash about in it and to blow bubbles. 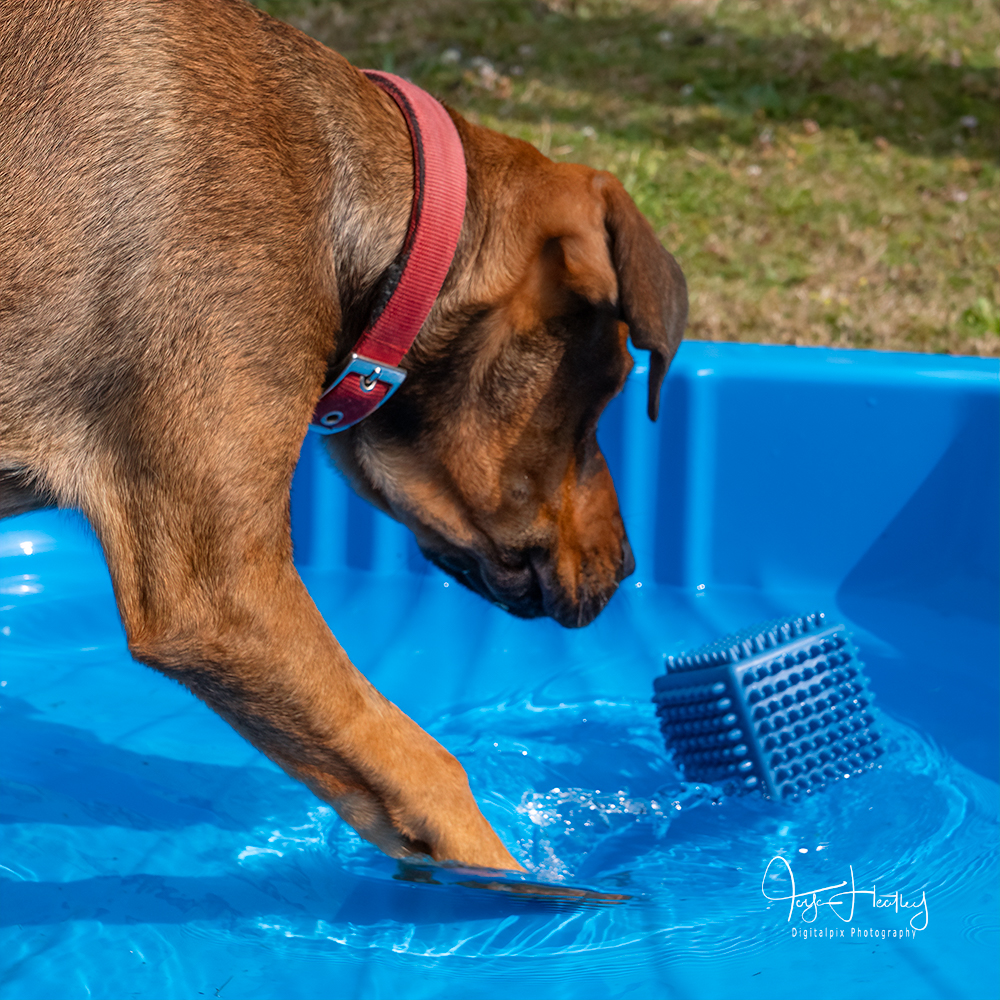 A little time later, because he is still a baby and needs his rest, Otter decided that’s enough and just lay down.  I don’t think even an earthquake would be able to make him move if he didn’t want to! 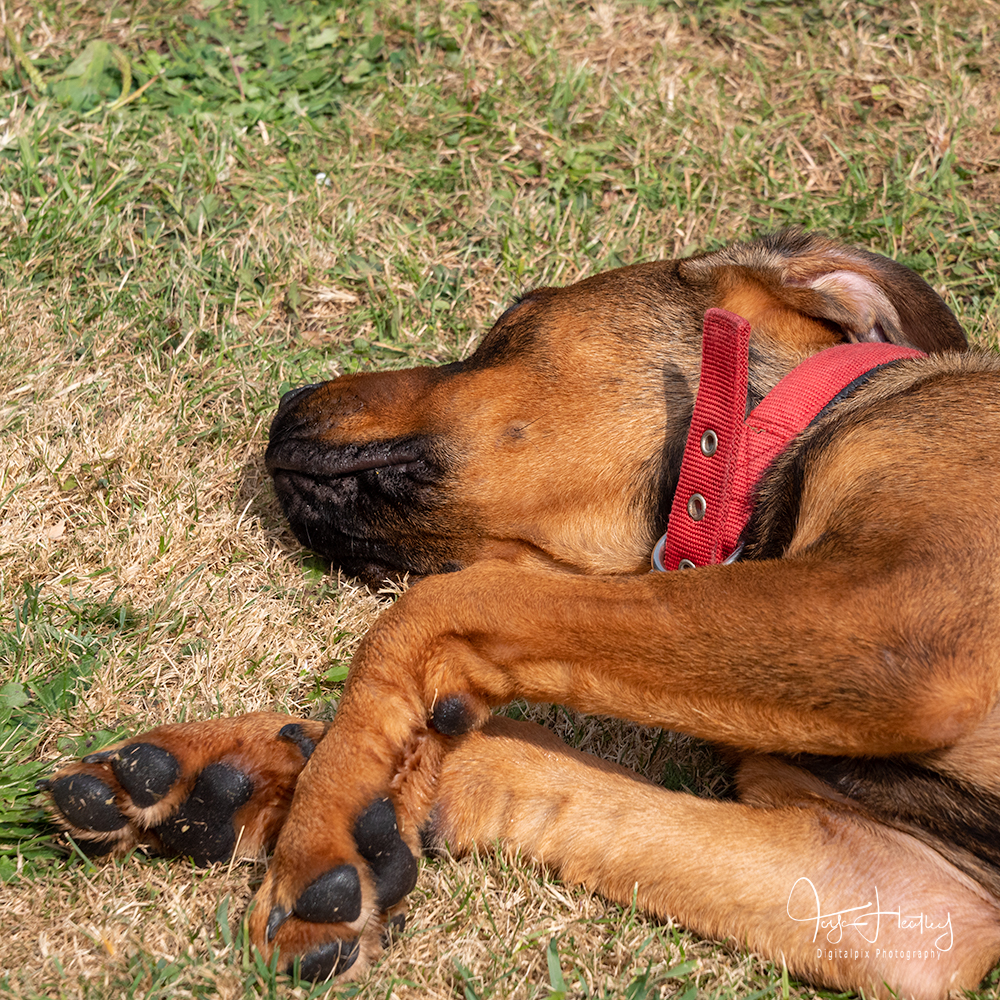 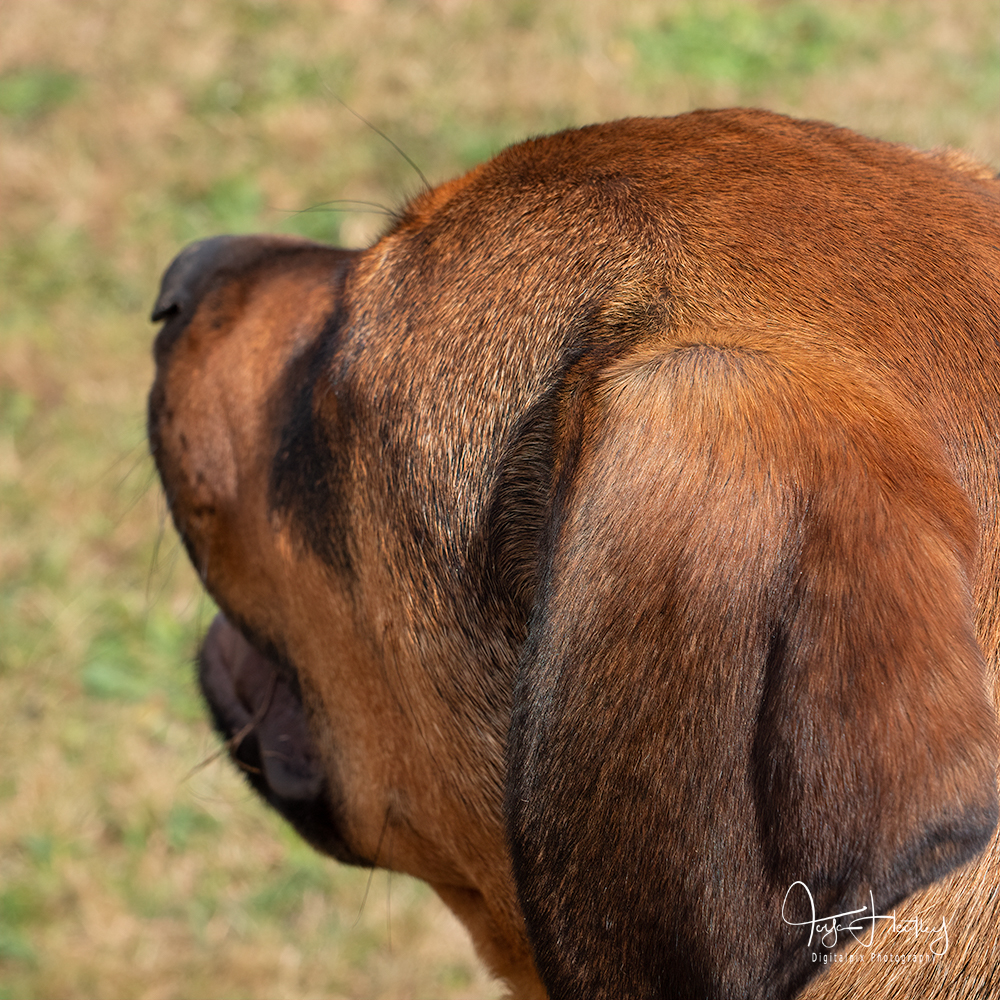