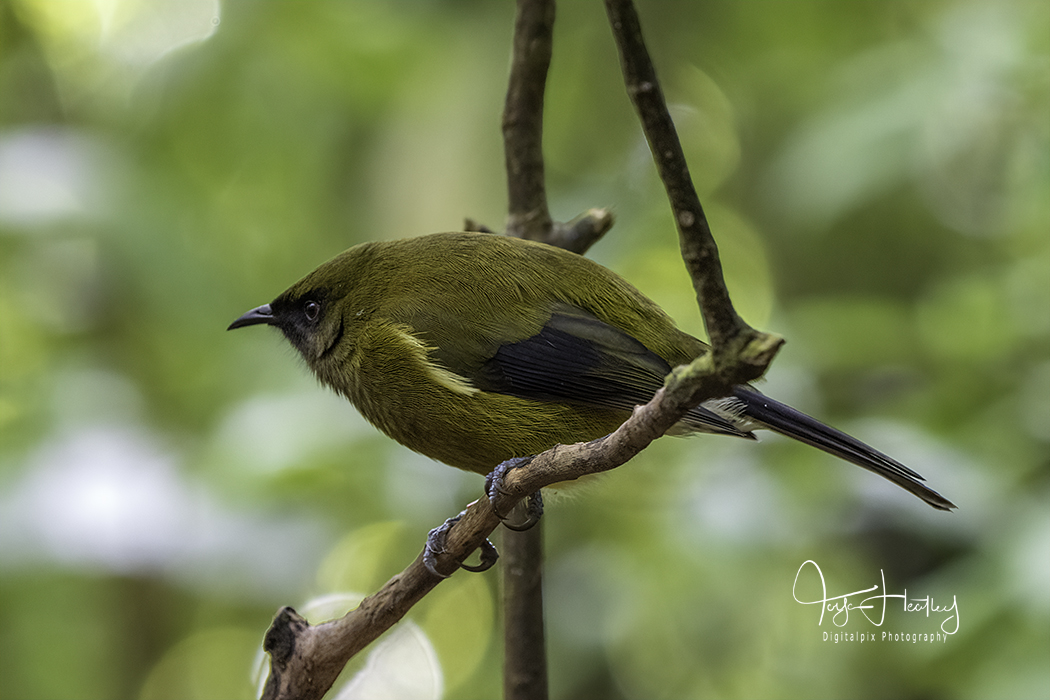 Another photographer and I went to Zealandia this morning.  The weather wasn’t the best but it wasn’t raining so that was enough for us.  We stopped at the bottom of the Beech Track in the hope of maybe seeing a rifleman but alas again it was not to be. We did enjoy the antics of a single bellbird. 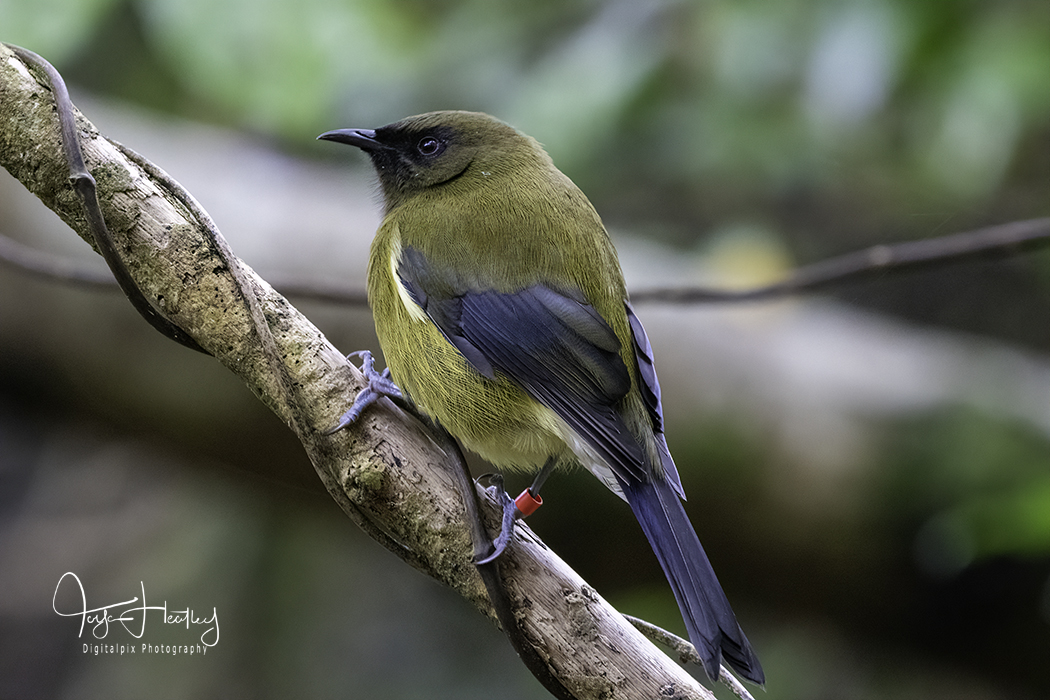 I have never seen bellbirds come so close to people before.  This one was obviously very thirsty because he quite happily landed on the seat next to my fellow photog and sipped away at some water that was on the seat.  He then hopped around on the ground at her feet much like a robin would.  He came back to the water on the seat several times while we were there. 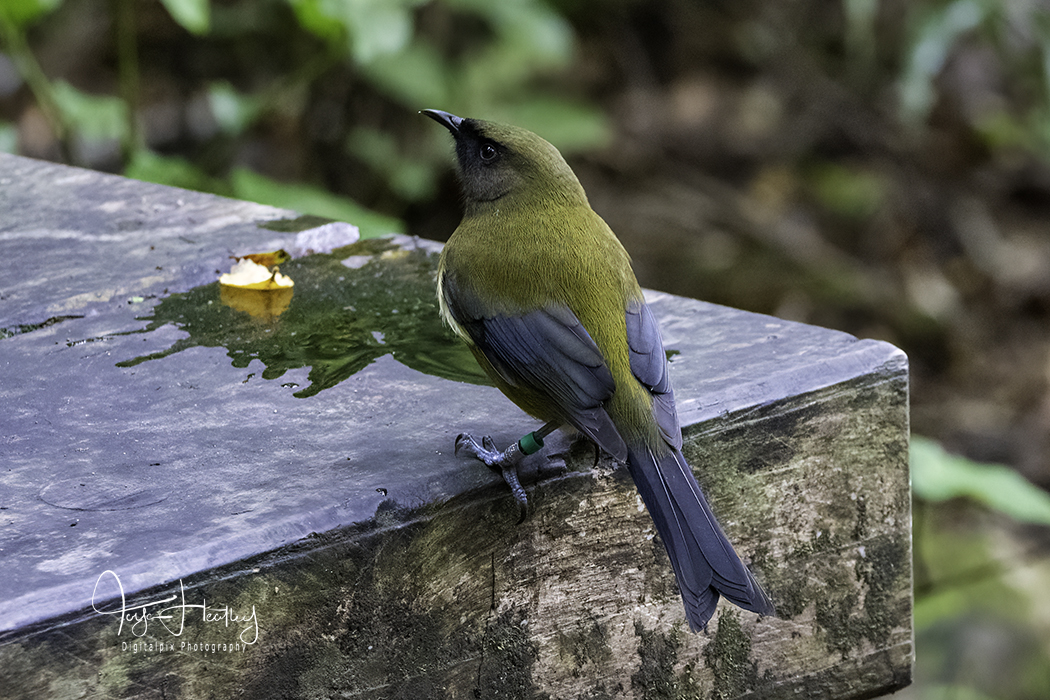 Either the bellbird was confused or just drunk on whatever was in the water it was drinking but he had absolutely no fear of people or cameras.  He just went about his way as if we were not there at all.  The bellbird did give us plenty of opportunities to capture his antics with the cameras. 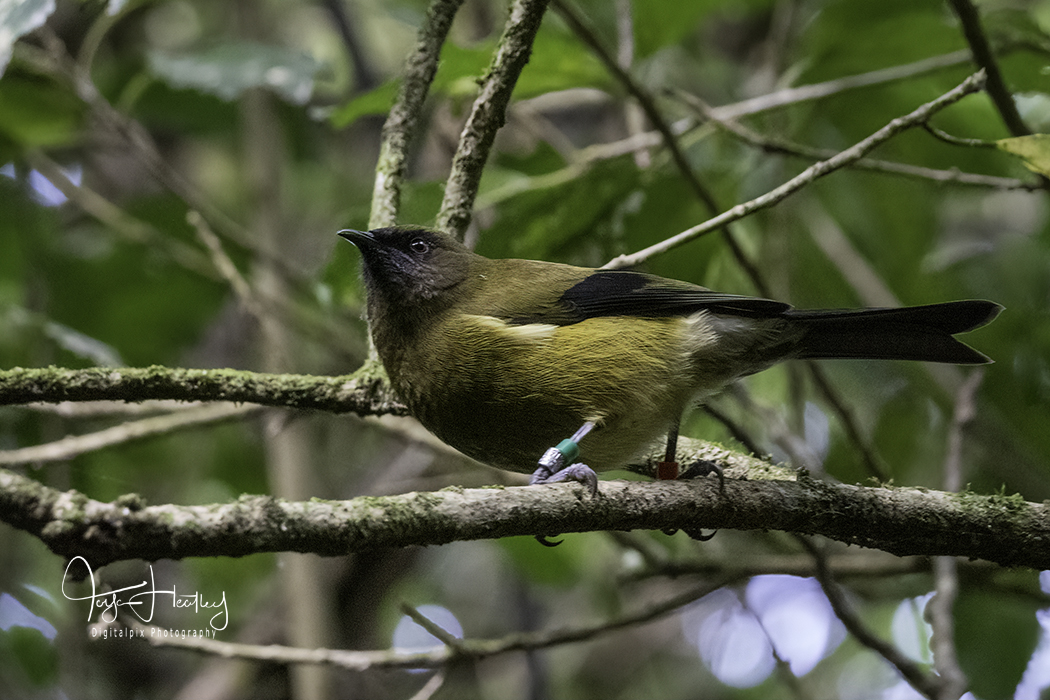 This will be the first of three posts about today’s visit to Zealandia, we had such a good time there is much to share with you.